TC, why is it always 1 step forward and 40 steps back with y’all? Campaign still has bugs since day one. Literally the only thing that is enjoyable is Escape and Horde. I reinstalled Gears 4 on my PC, and holy crap, what a breath of fresh air that was. All the skins is in there, gnasher ACTUALLY WORKS, sound design is EXCELLENT. yall should just delete Gears 5 and focus on Gears 4 for another 5 years.

end of my rant.

People seem to forget gears 4 was also a buggy mess.

They don’t need to focus on 4 for another 5 years the hell Gears 5 is fine. Did they released it unfinished? Yes, does it still have some day one bugs? Yes. But a ton of games are STILL like this to this day and be glad we have TC (who actually gives a crap about their game) working on it. Relax and be patient

Uh…Wrong. We ain’t waiting another 5 years for Gears 5 to be as “acceptable” as Gears 4 last years. I’m sure you like having uncomplete products, But the majority of us don’t. TC ****** up and still are too incompetent to do anything about it.

The foundation is already there and they could’ve build upon it. The last year of Gears 4 was perfect. They decided to release Gears 5 unfinished. Lowest MP characters at launched, selling us the same skins they sold on Gears 4 (and Gears 5 fans love to eat it up like sheeps) Even Gears 4 at launch had more maps (enjoyable, mind you) to begin with and the whole fiasco about how Gears 5 is catered to casual is true. The whole excuse of “other games still does this” is wrong and shouldn’t be used as standard and you shouldn’t be ok with it.

Gears 5 is dead in terms of population. Releasing a few skins every week isn’t going to bring back its hardcore fans.

Lmao did I say I was okay with it? I swear you people just like putting words into other people’s mouths. How about reading more carefully.

I was making a point that other games STILL aren’t fixed and have day one bugs because other developers just don’t care while T.C. STILL works on gears 5 to make it something the fans can love and have fun with.

They’ve already fixed the damn gnasher like 6 times because you people constantly complain lmao there’s no pleasing you people. Telling them to work on an older title rather fix a now fine game is just working backwards and is the dumbest ■■■■ I’ve ever read on this forum.

Just don’t play the game if you don’t like it dude, nobody is gonna miss you or care.

Are you slow-witted or just a dolt? Your wording is absolutely horrible.

Gears 4 was perfect, they could’ve built UPON it, you get it now?, my little lethargic friend. They released a broken game knowing they’re gonna do the same thing as they did with Gears 4 when it launched why? because stolids like you will eat it up and smile while doing it. As long as there’s people like you, they’ll release Gears 6 as broken and as unfinished as Gears 4 and 5 did when they launched.

And if you didn’t understand sarcasm, because you’re impassive, you would’ve known that I was joking about TC dropping Gears 5 and focus on Gears 4.

Anyway, I’m done talking to a wall. have a wonderful day, my little boorish friend. 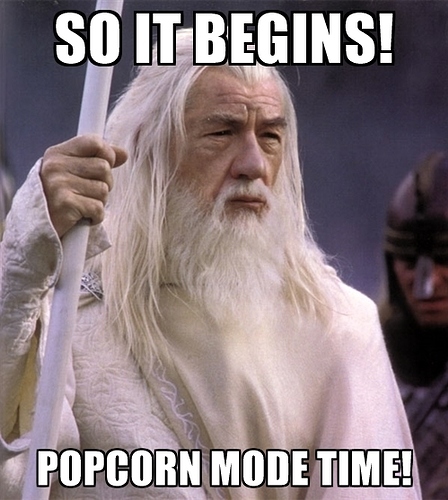 Wonder how long it took you to look up all those words on google lmfao. Big words don’t make you come across intelligent bud.

I’m calling you an idiot because you can’t seem to grasp the basic steps and restrictions developers have to take to you know, make a video game lmao. They have a schedule to go across of and had they delayed gears 5 any further morons like you would still whine and cry about all the same they day it would release.

Most of your complaints sound like you either missing shots or nades or complaining about other players. Nothing T.C. can really do about you being ■■■■ at the game bud.

Also, just because I don’t cry 24/7 on the forums like a 4 year old about wanting this and that doesn’t mean I like the game broken dipstick. I’m just not gonna complain about something every two minutes that’s probably just going to be fixed in another update.

Lmao this games Versus is in a bad state because you idiots can’t stop whining about every little aspect of it making T.C. change everything just to cater to your wants. Get over yourself bud.

Big words? Did someone drop out of High School?

You can call me whatever you want. I joined this forum last month, not once I complained before and this is the first time I complained on this forum because this tuning is trash. All I said is they had the blueprints but they decided to scrap it all just to appease few casuals that will end up forgetting about this game and now the game isn’t one the top 10 most played game on Xbox and it’s one of Xbox top exclusives.

That’s all I’m trying saying but I guess you’re too dense to grasp basic concepts.

This guy sunstellars is so mad he just messaged me to tell me he doesnt care about my opinion What a baby if you didnt care then why did you message me at all?

People would be a little more willing to have a constructive conversation with you if you were being polite… right now you’re coming off as a complete ■■■■■■■. No one likes that my friend.

I only read the first couple of lines from your posts and I can tell you’re not playing very nice with the other forum members.

Edit: If no one else says anything, he shouldn’t be able to ■■■■■ anymore. Me editing this shouldn’t change that I wouldn’t think

I didn’t say I don’t care, I do care actually. I care so much that I printed the page and I keep it and I’ll use it when I’ll need it.

Your just upset because your post isnt that good It comes across really dumb and you sound like a jerk who thinks he knows everything.

I thought It was a good conversation. We went back and forth and it was nice. Isn’t what freedom of speech is about?

Wow are we on the same side in this thread lol. @Sunstellars I’m pretty sure we have gotten to the most dedicated format of the game since launch all they can do now is improve what they have, else bringing even more BUGS making these complete patches trynna cater to everyone’s needs. But just because we dont get these unconstructive posts to much as of recently I’ll help you out calmly lol.

Shooting at point blank: there was a confirmed report for the Gnasher being broken 2 weeks ago (has been patched)

Wallbounce like tarzan: if you just joined the forum a month ago I cant see you as some crazy prodigy player with bounce skills good enough for that to matter, which it doesn’t if you cant hit your shots, maybe try bouncing less and more strategically

Grenades dont work: that’s the first I’ve ever heard of this (you have to throw them near the enemy, not in front of their cover)

Match time: On north american servers havent been more than 2 minutes in every game I’ve played (minus playing 2am-6am, games dead then)

1v1 games: due to the big changes team deathmatch has currently been a dying playlist, learn to play another mode maybe cause you will only be stressing your self out (exhibit A your post)

Glitching in/out of cover: only reason this would happen is if you are playing on super poor internet connection (not an accusation just notable theory) even when someone else in the game has a ping running 100+ they game wont lag out that bad unless you are running 250+ ping, sooo check your internet out and make sure you have speeds meant for online gaming (xfinity offers many gaming deals) .

Expression: ARE THE ■■■■, sorry you are only seeing them when people cream you but try using them yourself, yeah they might have been considered a waste with the lack of other cosmetic material closer to launch, but now they are just a bonus of random fun for you, you’re team, and sometimes the enemy, all that can be acquired through earnable in game currency.

All your problems have been debunked or solved, now please just play the game or dont, but the forums supposed to be used for constructive criticism of the game. This whole post is 100% cynical criticism probably made right after you lost a match. Play your warmups, hardaim your shotgun shots, and enjoy it or dont. But if you came to the forums seeking validation with a thread title including WTF, I’m sorry but most forum members are just gonna laugh. Maybe include reasons you think the game is performing the way it is and possible solutions to fix it, all being within reason of TC’s abilities spoken in a calm understanding manner. Happy hunting, slayer out.

Gears 5 has got worse then when it first came out imo…2 more years till 6!

I feel you man, I don’t understand how people can justify TC’s actions by saying that other developers also release unfinished games. I’m guessing you guys love to pay $60 for buggy games.

I find it hard to justify gears 5’s state right now for simple reasons:
1- Gears of War 4 has many more maps, many more characters, many more skins than what we have at the moment.

2- You had a tuning at that moment that everyone agreed on it, why change it?

Before you guys tell me that “TC needs time to port old maps and its not just copy & paste” I just simply have to tell you, there is no common sense in creating a sequel that has less content than the old game and is more broken than the old game.

Gears of war 4 was the same type of game gears 5 is at release so you can’t use that as a camparison if it suffered from the same issues. Nobody said they liked paying $60 for a broken game but they aren’t going to sit here and complain over and over again for something thats probably gonna get fixed later.

I’m not comparing both games at release, all I’m saying is why they have to start over with tunings, maps, character skins if you already had most of these right with the last game.

The problem here is that he is trying to play the game like Gears 4. (Which in my opinion is the best overall). I used to do the same thing honestly until i changed the way i play. Gears 4 was the safe route with little changes here and there. 5 was a risk and something different to bring in newer players. I understand why though. They need more money.