This week, TC Kilo had a mix of live and pre-recorded segments to answer some questions.
As usual, I’ve clipped out the important parts for your viewing pleasure! 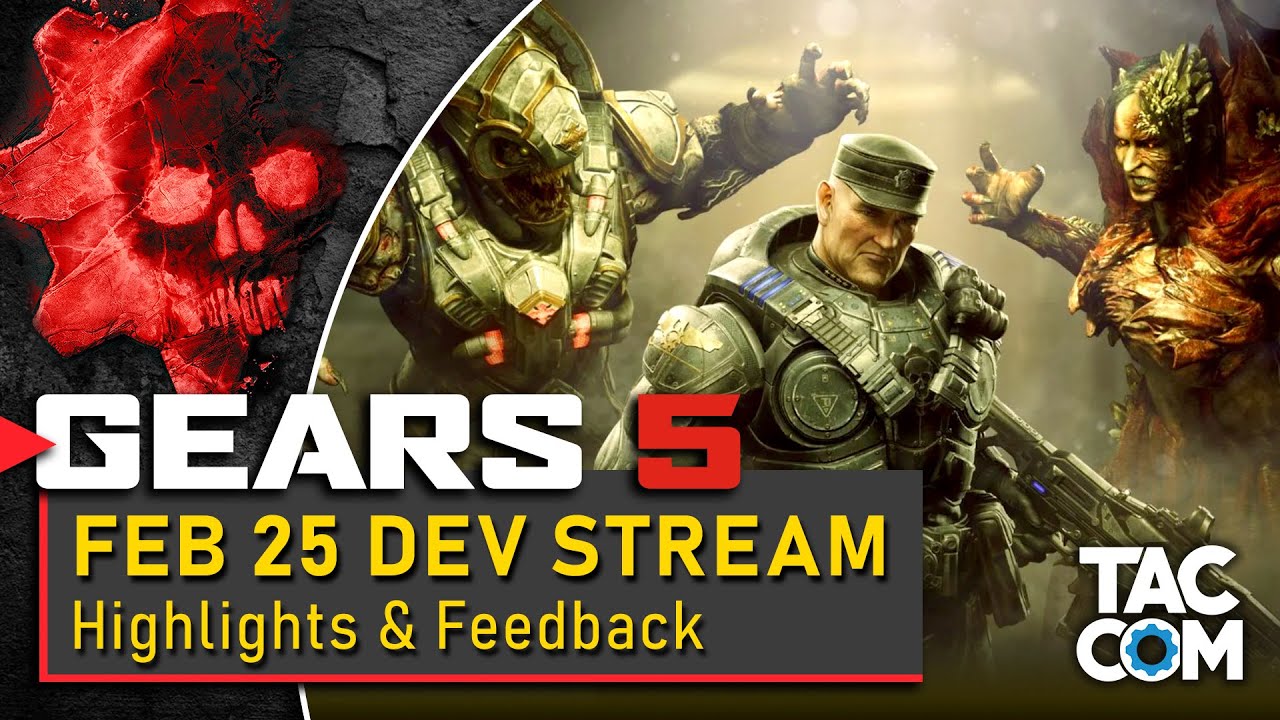 It wasnt a bad stream, I like Kilos personality. I liked that it was only 40 or so mins. straight to the point really, as in terms of what they stated, nothing made me excited as most of it is ¨yeah itll be big we will let you know later¨ so kinda hard for me to be hyped about anything. However there is gonna be a second zealot skin in the TOD so im interested to see what thatll be. for the Hoffman skin, itll either be Commando or the gears 3 version but my moneys on it being commando since Dom already has his and it makes sense for them to complete the set. Im curious as to what the general skin will be, 4 and 5 had bangers for general skins so im sure i wont be let down on that one.

Yeah, I wouldn’t say it was a bad stream.
I do like the shorter, more directed things - but I don’t want that to become the norm for their streams…otherwise the streams would be pretty rare.

It was also nice how it was broken into sections, rather than hopping around the whole time. That said, most of the “sections” were pre-recorded, and could have easily been incorporated into the blog posts. The blogs this week were pretty underwhelming, and adding videos like that would have given them more substance.

So yeah, I liked the stream. I just don’t wanna see this style become their regular thing.

Escape from kadar or…

Horde on reactor as it should be called.

This should’ve been been done on escape tiles where u have to take the fabricator through the hive while fighting through waves of enemies.

Yes, they talked about that in a previous stream saying that was a good idea for a different kind of escape/horde. Dana mentioned it might be a little complicated to implicate aaaaaand never got brought up again.

Pretty dull if you ask me.

Yeah i remember that, it was months ago yet here we are with this “event”

Just look at the spawn system in koth.

Im curious as to what the general skin will be,

I’m guessing that may be the other Zealot skin? Cuz I mean what other Zealot skins could there even be?
I guess maybe one of the “Collector’s” skins, but I’m assuming the General will be like a Crusader Zealot or something lol.

id be highly dissapointed if it was just a ¨collectors¨ version, typically well since op 3 theyve actually tried to make a unique character like the ronin kantus and lambent raam. maybe itll be a COG skin since last op was swarm and 4 was the UIR cosmonaut.

Oh my god i have it. It must be a Heroic Skin, for either of the 3 new characters makes sense they did say there would be more.

Possible but you know what tc are like always choosing versus first it will be like Heroic Lambent Zealot or something with glowing yellow instead of gold on the skin.

Stream was alright and yeah kilos a fun-loving person who’s clearly passionate about gears. Good to see and a good addition.

BUT they tried so hard to sell us this operation and that loads of cool stuff is coming I ended up turning it off cos I could feel myself getting somewhat annoyed.

Let’s not class two timed events, one gears 4 quickly ported over map and a few characters as substantial content after months of waiting.

Keeping ranked exactly the same is a big failure too. Real boring. Keep the bread and butter KOTH/TDM (no squad limit btw) no problem but add some others in. alternate, keep it fresh. Instead of 2v2 shotguns add wingman, instead of FFA add guardian/gridiron/execution. I know they wanna limit the modes to probably 4 so just give others some love one season and others the next.

Gears of war has so many unique game modes and it’s a shame we have to play older titles to play them.