Digger in the chest.
Dropshot in the head
Boomshot when waiting for the other team to cap the ring
Gears 3 retro was great for making wall bouncers rage with the littlest poke and hip spray😜

, especially a decade ago.

Can I give a big shout-out to the knife? As in the one you pull out in GOW5 for melee attacks. As far as PVE is concerned, the new melee system is revolutionary for the franchise and has opened up so many doors for many PVE classes from the Blademaster to the Nomad, and even just generally (especially in Escape).

Plus you don’t need ammo.

I’m just keeping my fingers crossed that GOW6 will retain this.

But my momma did raise a chicken.

and call you a dirty cheat

and call you a dirty cheat

I’d probably be one of them back in the day.

Now? I just turn off my xbox and my day gets ruined

or my controller gets thrown.

It’s almost ironic, because the weapon is actually pretty useful against Flocks and Juvies in the Campaign, but practically useless against everything in the PvE modes

The one use I have for it is on Pilot. I always keep it equipped so I can get my stim back in a jam. It’s not there for damage so much as for lots of hits in half a second before I swap back to my Dropshot.

That, however, is the only thing I can think of lol.

Not the weaker ones that we can use but the much stronger ones that are used by the enemies!

Hence the only mode I play anymore lol

In multiplayer, Gnasher and Longshot but the Lancer and Lancer GL in anything else.

I really like deebee weapons, especially overkill and embar, I like the combination of blue with yellow touches and that they are very square, very futuristic but they don’t clash with the others, and they have their own style 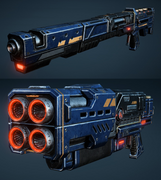 I always liked this one too, but in judgment with that shield, I’m a fan of rotary cannons 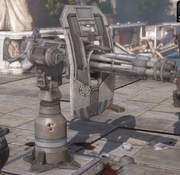 the one shot was always one of my favorites in g3, I liked that in judgment they increased the ammo capacity from 3 to 7, it’s not like we can shoot 7 shots without reloading so I don’t think it’s something that breaks the game, besides in 3 it would end very quickly, if I came back in 6 I would use it a lot in horde, I would like to fill an entire locker with them and destroy scions and flocks with it

I think the gl was one of the best weapons that tc has created, not only is it satisfying to use even if you are not a main demo, but I think it was time to have more lancers with peripherals of that style, (and it was fulfilled with tactics), a grenade launcher would have been one of the first things I would have asked for a lancer, and its design could not be better, it combines the classic style of cog weapons with the modern style of deebee weapons perfectly, and I love it

I had already talked about this a while ago, and it’s very good, having released a clip where I get mine to do a headshot, I like it a lot and I think it would be spectacular in horde

although these may not be weapons, they should have been, I really like the 3 sentries from the judgment campaign, they are very cute, they attract a lot of attention

and yes, although some may have found it tedious to reload them manually, I think it is compensated by the fact that they were not exactly weak, they were a good help

the only thing missing in my opinion is being able to shoot them manually, as if they were heavy weapons, a hybrid between a weapon and a sentry would be interesting, it would be as if you let your mulcher fight alone while you do other things and when you need it you pick it up

well and it wasn’t that far from it either, because unlike the g4/g5 sentries, which you move and place their silhouette with the stick, you carried these like a heavy weapon and you could walk with them

you could reload them manually, as a normal weapon, on the cover of the game you see sofia with one, it seems that she is shooting it manually 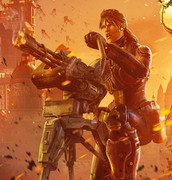 you could even aim with them, and they had sights and everything

something that I liked about the machine gun was that, instead of firing a single line of bullets like the mulcher or the chain gun, it fired 3 bullets similar to the tri-shot

if they asked me if I wanted it to come back, I would say yes, but nah I really doubt that it can, because the mg sentry covers its function, and although the gnasher sentry and the flame sentry could have better chances, it’s not like they are the most popularweapons, even judgment itself, I wouldn’t be surprised to be the only fan of these little things, so I doubt they’ll come back, although I hope I’m wrong

I should also mention these 2, markza gz18 was great, not saying mk1 isn’t, but gz18 was very good too, although it needs 2 shots to make a headshot, and it’s slightly slower than mk1, it’s not hard to make many headshots with him, adding his 10 shots and that you can also shoot the body

and breechshot, well, I think we all agree that it was a tremendous weapon, a 4-shot longshot, that although it required more skill, and it was more than medium-range because it did not have a scope, it was very good 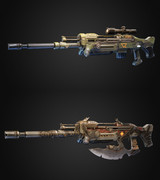 should also mention these 2, markza gz18 was great, not saying mk1 isn’t, but gz18 was very good too,

Bringing back the MKII Markza should be something TC considers. Theres enough variety between the two to bring them to 6.

MKI is stronger, but has less rounds in each mag, it’s also slower.

MKII has more rounds, faster rate of fire, but is weaker, and the obvious scope added to the gun.

The same thing can be applied to the hammerburst.

MKI could be the gears 1 hammy with the burst while the MKII could bring back the gears 3 variant where you could rapid fire it.

I mean this completely unironically: 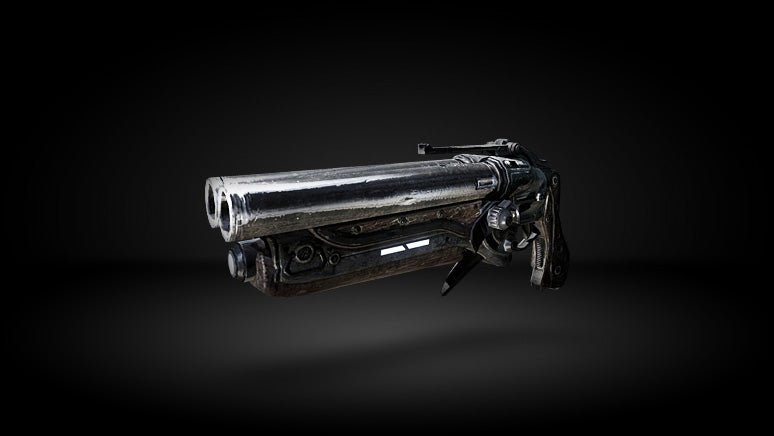 But the 3 version or the Judgement?

We need more weapon variety in our kits.

I legitimately forgot it was in Judgment.

I just liked the variety and the concept of a very limited noob weapon. People went crazy calling for nerfs and it was already objectively worse than the Gnasher.

When I hopped back into Gears 3 for the 60fps update, it was fun as hell trolling with Sawed Off kills.

Yeah… J had two shots though instead of 1.

I’d be ok with either variant tbh

Give it the retro lancer treatment. Make it a secondary weapon pickup with like 2 bullets. If people say its overpowered, I can refer to the Overkill which is basically sawed off with more range and rapid fire lol

Throughout Gears 5 ive always wondered what playing Infiltrator would be like with a Sawed Off.