Extremely broken spawn glitch on Turbine. This needs to be fixed lol

a buddy and I searched for a game in the horde event playlist and a team of 3 other people were in the lobby. One of them typed in the chat something along the lines of “Dont touch the fab, gonna bug out barriers” I didnt know what that meant so i just let them do what they wanted. This is what happened. 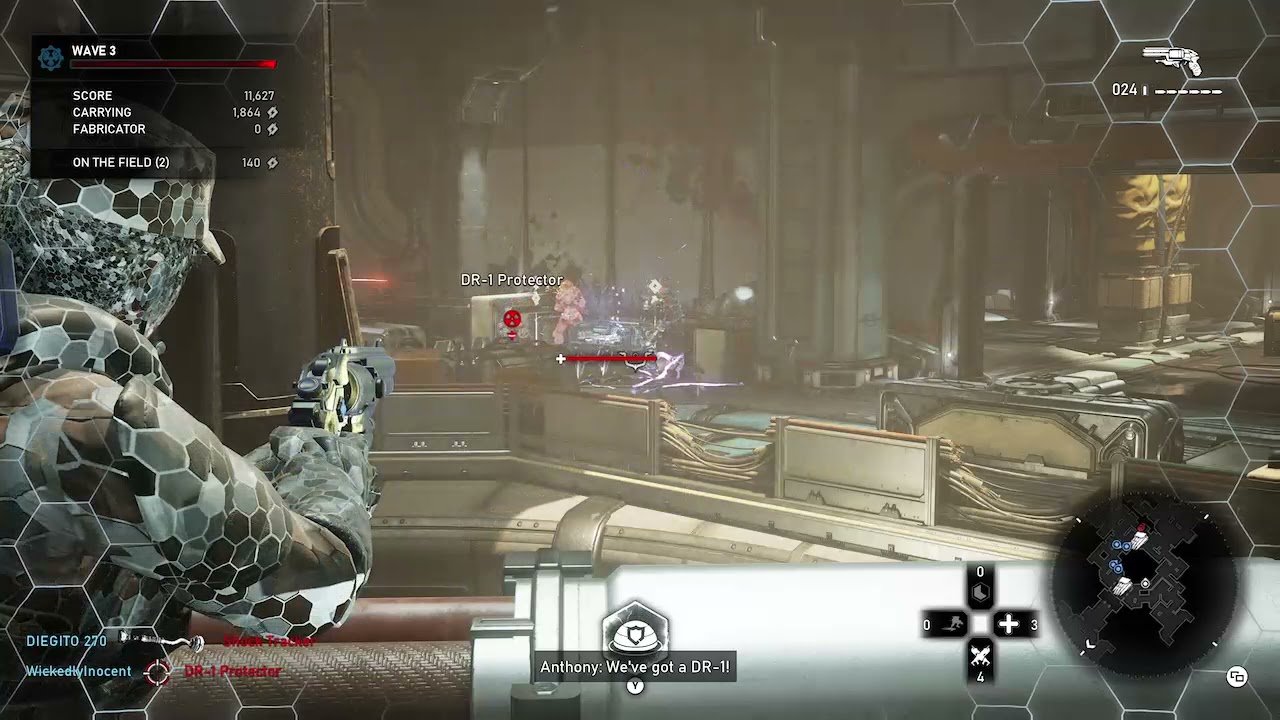 I know some people will say “why do you care, this has no effect on you” and you’d be correct. I just despise things like this because it causes the general playerbase to flock towards stuff like this and become even worse at the game when they play on other maps.

Why are you playing GOW4 speedruns?

Wasn’t there someone who recently complained about the way TC nerfed/patched speedruns in GOW4? I think this will make him very happy!

I stumbled upon it! Don’t tell anyone, Please!

yes, that guy thats obsessed with you will be very happy to see this. I dont know what they did to do it tho, but im assuming this is already spread to all the people who do stuff like this.

But he uninstalled the game though. Do you think this will be enough to make him reinstall it?

I had to reinstall my game a few weeks ago. It took bloody ages! About 7 and half hours.

Anyone who says theyre uninstalling never actually does. lol its such a bizarre thing gears players do that i dont see players from other games do.

I’m sure it works until a Matriarch or Snatcher spawns and starts to wreck everything in that little boxed area.

At least if someone attempts this in a random lobby and/or there is no Matriarch killer present.

Ohh, ffs, stop whining and play the game how you want to.play it.

Now instead of fixing problems which ruin the game for everyone they will be rushing to close “glitches” which hurt no one, which you can easy choose to avoid.

I know some people will say “why do you care, this has no effect on you” and you’d be correct. I just despise things like this because it causes the general playerbase to flock towards stuff like this and become even worse at the game when they play on other maps

@Omen_LP
Seems like you missed this part. Reading is hard sometimes.

WoW and other MMO players do it all the time.
90% stay after.

WoW is huge so that makes sense. League is probably like that too now that I think about it.

if issues like these aren’t patched the game becomes rotten and dies. people dont understand though.

same concept goes for gears coins for example. they are too easy to get, especially now, which hurts TC and the game as a whole. balance is important in all aspects.

I agree that it should be fixed.
But this was an early wave so what happens once the numbers of spawns increase and the big bois start rolling in?

Also; taps not capped at wave 3 triggers me immensely.

Didn’t wanna stick around to find out what happens because stuff like this is pathetic to me. lol I tried capping the taps on waves 1 and 2 but whatever they were trying do wasn’t working that wave so they died and it was just my friend and I alive. Wave 3 was when they got it to start working.

This reminds of 1-50 veteran runs on overload,when it’s ultimate could last for the entire 50 waves.Each wave was always over in less than a minute with the sound of constant heads popping

I must admit however,I took part in it as well and savored it in,was very fun for me, sucked for everyone else

Didn’t wanna stick around to find out what happens because stuff like this is pathetic to me.

Pathetic is a bit harsh but to each their own. Like kat stated I don’t think this would hold well against the bigger guys/later waves anyways. I’m not saying don’t fix it because I’d much rather just play normally but it just feels harsh to alienate a group of people for a method they found within the game intended or not.

Perhaps I’m just too much of a pacifist but if I see things I don’t like I usually just leave. This thread will just encourage those who come acrossed it to try it ingame, not the regulars but the lurkers.

I mean i wasn’t necessarily calling those players pathetic, I was more so saying the thing they were doing is pathetic. Ill always say people can play how they want when regarding to speedruns and overload and all that, but stuffing the fab into a weird corner on the map to have everything spawn in one single spot is kinda dumb to me.

I do see what you’re saying though and completely understand.

I’m one of those people and I’m not ashamed,whenever I can cheat the game I’ll reap the rewards till I can’t anymore