I have not found very interesting things, there are things that could be considered LM but they could also fall into other categories of other types of things, for example, as I have seen that there are some video game betas that have come to be considered LM I guess the betas of the different gears would also be? being perhaps unreal warfare the most interesting of all, although as I said, I feel that this falls more into the category of “game betas” than in “lost media” so I don’t know how correct it is to consider this

The most interesting thing I could name is that canceled Kinect game called “gears of war: tactics” (there are several canceled and incomplete games that are considered LM, one of the most famous examples is spiderman 4), sadly they already deleted the YouTube gameplay but there is a photo and an article about that, is interesting

and well, is there something interesting that you know, or something like that? 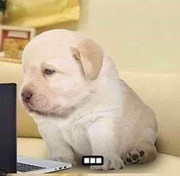 The official Gears forums have been reset a few times over the years. When the franchise was bought by Microsoft and things came over from the Epic Games domain, eventually the Epic forums Gears section was removed. Wouldn’t surprise me if Epic still had the old forums archived somewhere, but they aren’t publicly available. Perhaps not exactly lost media, but lost history.

Would probably be interesting to be able to go back and read the big blow up from the Dark Corners / All Fronts pricing fiasco for Gears 2. I got the feeling Epic was going to have to do something when even their biggest apologists on the old forums were questioning that decision. It probably would’ve gone over a lot better if they just priced Dark Corners at $20 and All Fronts at $25, rather than both at $20. There would’ve been some grumbling, but $20 for 7 maps and the campaign chapter was in line with the other Gears 2 DLC pack pricing where you got 3 or 4 maps for $10 (or, technically, the equivalent in Microsoft points).

Another fun read was seeing mods try to spin what was considered an official announcement when it came to the Gears Judgment reveal. It was going to be showcased at a conference one weekend and was also the cover story in the upcoming issue of Game Informer. Some people got their issues on the Thursday or Friday before the conference and were posting all kinds of stuff from the article, which were subsequently taken down since it was before the conference.

There was a thread last month about some Gears 3 promo stuff, and someone had stashed some of it away.

Hello Gears i’m looking for all the digital content (or at least a part of it) of the Xbox grab codes promotion that came out to promote Gears 3. I was looking in several places and I got some of the content, even here I had found links to that content, however they were already down. So if anyone has and wants to share some of the content I would greatly appreciate it.