When is this happening?

Nooooo I’ve only come back to the game 2 weeks ago and have really enjoyed MP, why they can’t just get a tuning and keep it for the duration of a games life cycle is beyond me.

You should really provide a source for this because this isn’t on the main Gears Twitter nor on this week’s TWIG, and it may just be information provided for someone asking what the “test tuning” creating some buzz around here lately has as tuning values. Or even age old info. 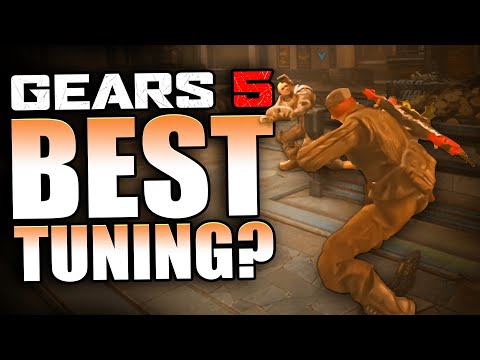 Has TC talked about this though? I’ve heard about the test tuning and I do want to try it because I’ve heard that its better then the trash we have now, but I dont want to get my hopes up if it’s only reserved for private matches.

I would say take it with a grain of salt…but this is the 3rd test tuning video hes posted, each with a different set of changes so they are obviously working on something

Don’t you get it, if it’s for eSports then of course it gets priority.

Me too. Now if they could patch out the wait times on quickplay lol

love the changes but not sure why they took so long.

the big tuning thread lives! that was our whole uproar, that we didn’t want the tuning to be the last and left untouched. it always needed an update, just like every single tuning before it.

the main thing was always that the air back a tuning was more complete and that the current tuning (“beta tuning” at that point) should not have been deployed the way it did.

who was holding the change back?

No telling. It wouldnt surprise me if the ones holding the change back dont work at TC anymore

i mean, one can only look over the equation and see what variables have changed in order to get a different result.

Yes but developers dont change anything unless the higher ups say so. We didnt see any big changes until rod Ferguson left

At this time, we are also going to be closing the Even more tuning changes Thread. The discussion has run its course and is currently circling around the same points that we have now addressed above.

Take care, kill grubs, and be kind to each other.

Not people complaining about what they begged for lmao.