Entry Remorse to those with a Quitting Team 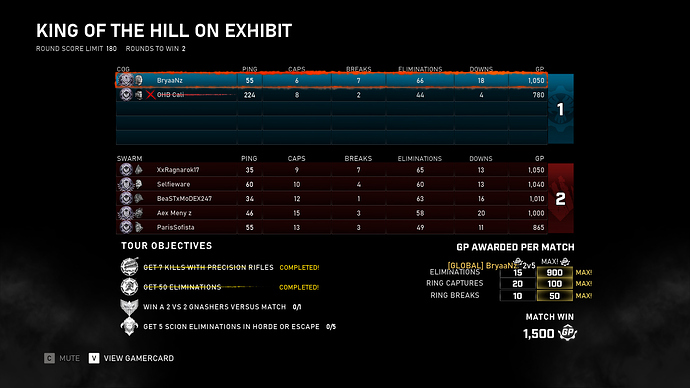 After a grueling ranked King of the Hill versus match with Diamond and Onyx ranks, I noticed my teammates left earlier in the 3rd round. Can we discuss future potential safety nets for players who stay in the game and continue to fight instead of following the crowd and leaving early. I have a Entry Fee of 1,500 GP for a single match. When my teammates leave, it defeats the purpose of the game entirely. Let’s discuss a way for players like myself, with three teammates leaving, to have a safety net where we can’t be demoted over and over for the same cowardly actions of fellow teammates. Open to any and all thoughts! Relay your ideas!

I’ve been asking for this since op 2, and was finally implemented in op 3 then taken away in op 4

In op 3 ranked you’d get 0 points if a teamate quit and you lost. Didn’t go up or down and that was fair.

If you win the match you got a massive boost to your ranked points.

In OP 4 TC implemented the new ranked system and forgot about that part of the old sytem and TC’s apparent response to quitting teammates was “Sowwy, we’re trying to implement ways so Players are motivated to stay in the match!”

Like no that’s not the issue, the issue is most matches outside of TDM (because honestly in 3V4 matches stacks aren’t a thing and teams aren’t communicating so it’s easier to get you’re 1’s and outduel your opponents) A single less teammate means instant loss of the game and your ante and that ■■■■■ not fair.

It’s not our fault our teammates quit

Dom with a 200+ ping and a Minh that gruelled because of his teammates leaving.

This is why playing rank isn’t worth it.
You should’ve just hid in a corner far away from the ring and pretend that you were idle because at this point you’re only torturing yourself for pride not worth the effort.

You deserve an apology for this bull ■■■■ and hope for at least trying to finish the game.

They typed ez after, right?

They were not wrong

Oh but they are as flawed logic such as that keeps them from obtaining any actual achievements or progression in the long run. Especially if in the next match their teammates leave them and they leave.

I’m just being thorough. Id have to call this image into question if they didnt.