Does Anyone Miss Capture The Leader? G3

Hopefully they’ll add it as a event.
If you didn’t miss this mode name one you miss from Gears 1, 2, or 3

Nah I miss Submission from Gears 2

Same I miss that mode too, they should start bring some modes back

They won’t. It wouldn’t work without proper Leaders either. Gears 3 did it best, as it did with most things.

We did rip Gears 3 a new one back in the day. It really was when the franchise took to arcade shooting and bright environments. Along with n00b friendly starting weapons and pvp tuning.

Yep tbh it wouldn’t work with the new leaders, but if they do bring it back they should have the original leaders

What was this submission you speak of?
A guardian variant ish?

I do miss Capture the Leader. I like that mode better than Guardian.

The Prescott quotes from Gears 3 really made me laugh “Are you stupid AND blind???”

Submission was a game mode from Gears 2 that was a variant of Annex, or as it is called now, King of the Hill. The objective was a bot armed with a Gnasher. The team that got the bot as a meat-shield and stood inside the ring would gain points, similar to how the team that holds a ring gets points in King of the Hill. 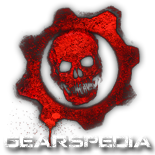 Submission is a multiplayer game mode in Gears of War 2. Rules and Regulations The object of the game is similar to single-flag CTF. Players on both sides must rush to a "flag", which is civilian character. The civilian cannot be killed, but must be...

What made you not play gears 3?

Playing too much, having enough of gears unique ‘issue’s’, lag jus doing me in. I did get it at launch on the idea of dedicated servers finally but not right away, major lag n rubberbanding etc the 1st time I booted I jus said no. Combined with getting a gf at the time so not really gaming, was skateboarding, living an outdoor life, discovered copius amounts of drugs, hanging out in big groups jus having fun. Gaming stopped existing to me for many many years, good times

I played the living hell outa 2, what the actual f*ck

We’re you on amphetamines? you we’re probably a beast at G2.

The drugs I did never enhanced my performance or ruined my memory.

Oh I see, you never thought about going back to try it?