Do you think that you will be disappointed with 6

And they still didn’t really make the class actually balanced because the very concept of its design is that it’s a low skill damage nuke. I hope they significantly rework or don’t return it in Gears 6 because how do you make “Push button to watch enemies disappear” balanced? I think it would’ve been a more interesting class if it didn’t have bleed but retained higher base damage for its explosive weapons alongside Launcher Capacity.

As good as 5s PvE is now, there are certainly things that need to be thought through more. I don’t think nerfs are a necessity unless other general balance changes occur that would require a rebalance of other aspects occur, and within reason.

or is the gears name enough for you that you would play it until you get used to it and like it?

I’ll play it.
The Saints Row soft reboot just came out and I’m playing that… only because I loved the old games.

I am pleased that Sid has been hired for the recently created “Content and Lore Coordinator” role that he was born to do. The bloke is a walking Gears bible with a massive passion for the series.

From UE onwards the TC team have done amazing work with Unreal Engine and made the games look fantastic. After seeing their demo work for UE5 I am excited to see how far they can push it, especially if the older consoles aren’t a limiting factor.

Do you think they’re likely to take the Halo 5/Gears 5 approach of going even further to the moon? Or the DOOM 2016/Halo Infinite (Campaign) route of trying to emulate the aesthetics and atmosphere of the older games, whether it is effective or only serves to seek nostalgia from players?

Or the same with Saints Row, it’s a whole new team and you can see hints of the older games bleeding in but are mostly overshadowed by a new “quirky, millennial” focus, I think that’d be my main concern with Gears 6. 5 started that way but between maps, Hivebusters and all the post-launch content I think they began going in a better direction, same can be said for Tactics. So I guess I’m just hoping they keep that creative momentum rather than make Gears “For a new generation.”

The Saints Row soft reboot just came out and I’m playing that… only because I loved the old games.

Same, I loved the old ones and painfully got all achievements. I never even heard of this reboot! Done a quick search there and keep seeing people say it’s decent but full of bugs. Will look more into it later.

Or the same with Saints Row, it’s a whole new team and you can see hints of the older games bleeding in but are mostly overshadowed by a new “quirky, millennial” focus…

EDIT: I looked into Saints Row more and came across this: 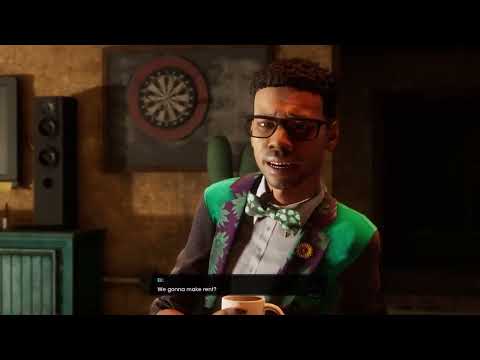 This isn’t Saints Row. I’d love Johnny Gat to kick the door down and shoot these pathetic excuses for Saints! Gameplay didn’t look too bad but I can’t put up with that dialogue. Volition played it far too safe and in turn went far too far from what made the original games so good, especially Saints Row 2.

Chances are the graphics will look so great on the updated engine that I’ll overlook the shortcomings for a time; but given the track record I doubt it’ll be a game I commit any extended time to.

As long as the Campaign is amazing, I’m sure I’ll find something about it to enjoy. A lot of people say 4 was good but 5 sucked. And they don’t ever tell you what they mean by that. Was it the story or the multiplayer? As a Gears fan, the story comes first in my opinion. 4 and 5 both have good stories. But I wasn’t the biggest fan of how the Fenix family was held in 5.

Was it the story or the multiplayer?

In 5’s case, both. For 4, just the story. They definitely aren’t bad… even Judgement gets a lot more hate for performance/gameplay issues than it really deserves.

But compared to 2/3 they feel less grounded and more open ended. And 2 was very vague to begin with. I think 4/5 rank higher than Gears 1, maybe not character wise but def broad strokes> I think most of it is nostalgia. Halo Inf. was good imo but a lot of Halo die hards will tell you it’s trash because Sprint.

I loved the first two. Glad to hear you did too.

I agree with the nostalgia part. I’ve always enjoyed Gears of Wars campaigns. I just find where most people complain is within the Multiplayer. As for Judgement, I loved its story. And Baird is a fan favorite so to hear so many people say it was a horrible GoW game baffles me.

Campaign hasn’t let me down besides the decision you had to make at the end.

However, Every year the issue has always been the Multiplayer. I just hope they provide content, new maps and a Decent shotgun & lancer.

Gears 5 had the tuning just right but then…… idk.

Gears 5 had the tuning just right but then people started enjoying Versus so TC had to intervene.

Was it the story or the multiplayer?

Halo Inf. was good imo but a lot of Halo die hards will tell you it’s trash because Sprint.

On paper it sounds like an odd complaint. But I don’t think you realize how much a simple mechanic like sprint effects a game like Halo which originally never had it.

But I don’t think you realize how much a simple mechanic like sprint effects a game like Halo which originally never had it.

I do. It’s like changing the loadout equip buttons in Gears to “Y” or changing the Melee to the same button as Reload?

I just didn’t grow up or play the originals in their prime so the difference feels more like a “new-age,” improvement rather than a massive change to the flow of gameplay. Like you said it’s odd on paper but is a lot more nuanced. It just works well to paint a clear picture with a big recognizable name.

Is your Xbox set up yet?

It goes even deeper than that. You have to account for the new movement speed and abilities when designing multiplayer maps. Maps generally need to be made larger because they can be traversed faster. Little nuanced movements like crouch jumping are taken out due to things like clamber. Now everyone can get on that ledge because you no longer need to learn more advanced movement skills to get to the high ground. It’s the reason that classic maps feel strange when brought back into newer titles like Vahalla/Ragnarok in Halo 3 and Halo 4 respectively.

And yes, my Xbox is set up but work has been kicking my *** lately and I haven’t had the motivation to really get on and play anything.

Hi all
Reading and watching vids on the latest Halo issues, I think I’m cool with waiting until say 2024 or at a push 2025.

We all know how G5’s launch was poor but after and until TC “sunlite” our game, we had many improvements, great maps etc I’m not sure Halo fanbase is getting the same or will indeed get the same.

MS do not seem to be giving enough respect to either marque series, which is not good at all.

Back to our beloved series, I pray Gears 6 doesnt go like the latest Halo, I admit to being very concerned though.

Do you think that you will be disappointed with 6

The bar has been lowered below the bottom with the problematic launches of gears4/5 that it would be difficult to disappoint me at this point.

My expectations are so, so low that if they even make an official Gears of War 6 I would be apatheticly surprised. (Not just another spin-off like tactics or Pop.)

“Fool me once, shame on …shame on …you cant get fooled again!” -G. W. Bush, Former-Worst-President of The United States

The bar has been lowered below the bottom with the problematic launches of gears4/5 that it would be difficult to disappoint me at this point.

Its so unfortunate that we are at this point. Like seriously. What a fall from grace.

Halo Infinite has many more problems than just ‘die hards’ complaining about Sprint. That doesn’t even scratch the surface of the conversation surrounding that game.

As for Gears 6, well…4 and 5 have set my expectations fairly low, all in all.

I’ll fanboy out my ■■■ and enjoy the campaign then be upset that they somehow made the game more ZANEY AND WACKY on the MP side and continue to torture myself and play it like I do 5.