Do you think aim assist on controller in PvE should be nerfed?

Personally I think it should be nerfed on higher difficulties. It’s almost GTA levels of aim assist and I feel that it would be easier for everyone to improve their aim if it was disabled on inconceivable and master. I know I can manually disable it but I feel the community would benefit from it. It’s like if people play GTA their aim might get worse over time because it holds their hand too much.

All I want is for TC to tone down the excessive friction(it slows your aim down near an enemy that is moving too much to properly track it unless it’s slow moving like a Scion) and either remove or allow players to turn off adhesion completely so the game doesn’t drag your reticle around when you’re trying to aim at a stationary enemy and don’t want it to do that. Turning it off completely is a step too far however, imo.

But there isn’t enough players complaining about this to make TC care. I do recall @XeroShinobi being an advocate for this, however.

I turned mine off ages ago, I felt like I was cheating half of the time

I turned it off the very first game I played in gears 5. Its so aggregous. It literally takes your bullets away from where you’re aiming and shoots them at the enemies head.

You can really tell if you shoot the boltok and retro without aim assist on and then shoot those guns with aim assist on.

Somehow turning the aim assist off also previously made rifle recoil 10 times worse to the point where it was almost impossible to keep them properly centered on the head with a controller, which makes no sense as to how that happens.

Whether that still is the case now, I do not know but I doubt it changed.

Its still like that. Aim assist makes the game way easier. Lol

I don’t think it’s entirely fair that rifles suddenly kick like a horse without the assist on. More so considering a mouse has a far easier time controlling it than controllers do, even if they get no aim assist with that input method.

Don’t particularly have anything for or against magnetism, but if I had to settle on something I’d much rather have the aim assist that 4 had in Horde than the current nonsense that is the aim assist in 5.

Because every class has those… oh wait.

One thing that I do not actually like about assist off is how it makes the already janky Silverback aiming even more janky.

The Silverback aiming is super weird in Horde. But the Silverback you use in the regular campaign and hivebusters is different. Its not super fast. Its weird.

I’ve never played this game on a controller before but I can tell you right now that weapons like the Markza sucks ■■■ on KB&M without any aim assist and no scope.

If aim assist actually allows rifles to not have ridiculous recoil, maybe that’s why some people think combat medic is a good class lol

I cringe whenever I see people claim that mouse and keyboard offer an advantage in PVE.

Like, guys, how about you ask the player the control scheme they’re on instead of assuming PC = mouse and keyboard? I assure you that 99 times out of 100, the player is on controller.

The aim assist in PVE is several magnitudes of order higher than versus. It’s basically like you’re playing a completely different game. Adhesion should have been removed game wide. I would have liked aim assist to be consistent across the whole game, but if PVE must have more, it shouldn’t have this much more. Friction and magnetism on controller is fine, but there is an amount that is too much, and Gears 5 PVE is too much. 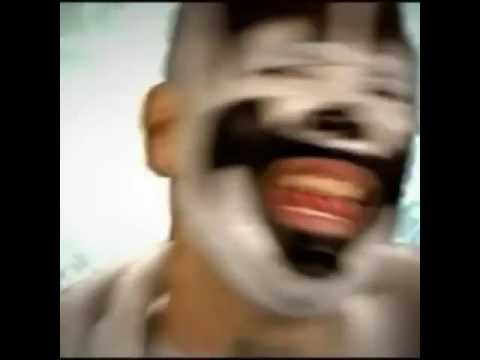 I did not see anyone in this thread claim any such thing. The only thing remotely related to that input method is that I said recoil is somehow influenced by turning off aim assist while that makes no sense, and that it’s easier to do so with a mouse even without the aim assist, specifically referring to rifles, and that someone said the Markza is a mess without the assist. No claims about it being superior in any form or way. Heck I personally think a controller is better for playing Gears PvE, at least for me it is.

No. If you dont want it, just turn it off. This is a ridiculous request.

It really isn’t they give aimbot to controllers and then when these players move to a game or mode that requires aim they can’t keep up. Also PvE is less fun if your teammates just aimbot all the enemies.

Definitely needs to be tweaked. I had to turn it off bc it was too strong making me miss shots. It’s too dramatic of a decrease

I imagine it can make switching from PvP to PvE and vice versa pretty jarring too.

I was speaking generally, not about this topic.

Example: Does the PC icon still appear in horde and escape lobbies?