well, I think escape is dead in new content, even though it was a different mode, and quite fun at times, I’m sure I was not the only one who enjoyed it, and I think I am not the only one who would be happy about his return in the future , although naturally with several improvements, the only ones that come to mind are extra objectives perhaps? something like recovering something that was in that hive and not only destroying it, recovering several pieces, destroying something in specific, I do not know,

And the second would perhaps be more visual variety, I am satisfied with the ice themes, or the poison theme or that of machinery, and maybe I forget some, but I am sure that most of the hives taste the same to some, not because of the enemies or because of the design of the map, but more because of the setting, than in. one point becomes somewhat repetitive, I know that each hive having its own setting would take more time in the design of each hive, but I think it would be worth waiting for more hives like that, and perhaps with custom hives we can satisfy that hunger of hives while we wait for a totally new one not so much based on the tiles, you could even do fanservice in a matter of lore with new hives, imagine a hive based on the remains of aspho point or the remains of onyx point, or those of anvil gate, locations that we already know,

I think I extended myself too much again, well, what did you think of escape ?, and what ideas do you have that could be implemented in a hypothetical escape 2.0? 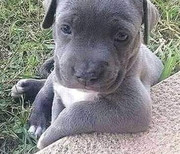 and what ideas do you have that could be implemented in a hypothetical escape 2.0?

Escape was easily the best part of Gears 5 before they ended support for it.

I always imagined am escape hive that was inside the riftworm. That just sounds visually pleasing and super bad*ss to me. It wouldn’t be Canon obviously but it would be awesome to see scorpio squad escaping from the inside of the riftworm.

If Escape had a decent map editor, there wouldn’t have been a need for TC to support it with the amount of developer made maps they released, which could have allowed them to focus on 5v5 maps.

In fact, if the original plan was to be followed, and the map editor was to be used in Horde and Versus, having a great map editor would have saved so much work for TC and helped all modes.

Escape was easily the best part of Gears 5 before they ended support for it.

Definitely! It was the only mode I really played.