I upload here so can share on gears forums

Welcome to my everyday experience!

Was this core or competitive?

Also do you know what your ping was in that match?

(I’m not trying to discredit your video, simply get more information)

The only thing I can guess is ping difference meant it didn’t register your shot on the other player.

Remember what you see, won’t be what the sever sees, there’s always a delay and so forth.

Normally, I’d expect at least a kill trade but if it’s outside the trade window, then it won’t happen however shouldn’t have been the case here.

What’s more likely happened is packet loss - so many times in this game do bullets simply not register.

So you may have saw the visual bullet but it may not have been delivered at the sever point and therefore, no shot.

Normally, I’d expect at least a kill trade but if it’s outside the trade window, then it won’t happen however shouldn’t have been the case here.

What’s more likely happened is packet loss - so many times in this game do bullets simply not register.

These are the two main things I am wondering about.

Your ping is the latency or delay to the server.

So you shoot and it takes “ms” of time to reach the server. Server then has to confirm what’s happened on other people’s screens.

That’s where the confusion comes from, on your screen, player may have been 100% running past in your aim.

On the severs side however, due to lag, player have have gone past further and only 80% in your aim.

So when people say “I only did 80%??” - expecting a full shot, it’s because you locally saw 100% but the sever saw the player already move and so 80% but lag means the ever so slight change takes a milliseconds to update on your end too.

Hence why you need to “shoot ahead” and predict ever so slightly where the player is going so they move into your shot.

Once you realise this, it becomes natural and it’s very important to do.

Thanks Envi, but I mean’t i was wondering about which happened in his video, as those are the two most likely reasons (or if it was something rare like a hitbox bug or something else outside the usual scope).

I surprisingly enough know how it works

Aha, I guess that post will at least help others and OP.

From my opinion, his bullet either didn’t have enough time to register on server (unlikely) or it was packet loss and he only saw a visual representation on his end with no confirmation sent to the server and so didn’t actually register - more likely.

I didn’t want to start the convo with questions like “are you on wireless”, “are multiple devices that could take up a large amount of bandwidth on the network” as that would most certainly come across as attacking the OP and not be helpful.

Edit: I once knew of someone complaining about their shots not registering when they were torrenting and hadn’t limited their uploads. It may or may not have been me.

I just think in this case, he fired a blank at the server end but if course, locally, saw the bullet.

It’s the internet after all, not perfect for online gaming.

I have to play it over wireless.
I have an 50mbit connection and a max wireless connection.
Even when nobody else uses it at the moment, I have Ping around 34 and still experience Something similar quite a bit.
If someone else using it at the same time it looks like this. 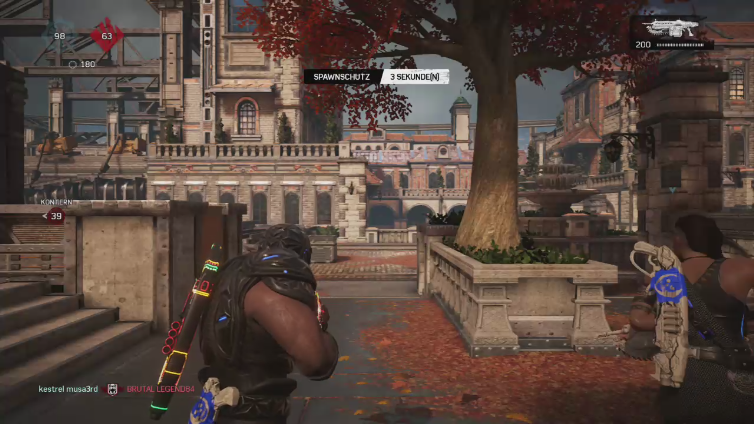 The problem with wireless is that it does cause much more packet loss (as well as other issues) compared with wired. It really can have a massive impact from time to time that makes online gaming unplayable, especially when split-second reactions are needed.

Well when I test the connection over the Xbox One settings it says Packet loss 0% but of course it’s far from optimal.
And I’m the fool who play ranked because I want to play with my people.
I blame myself for it of course.

The packet loss can vary from time to time. The problem is the consistency. Even wired can have intermittent issues that negatively impact on gaming. Its just that wireless adds another issue on top and amplifies problems.

Thats just ■■■■ that happens in this game man.