Dave Bautista Wants To Be In the Gears of War Film

Dave Bautista played Drax in Guardians of the Galaxy.

What does the forum community say?

Personally I think he would be great for the role.

Update: Terry Crews hinting at playing Cole. What would people think of that? 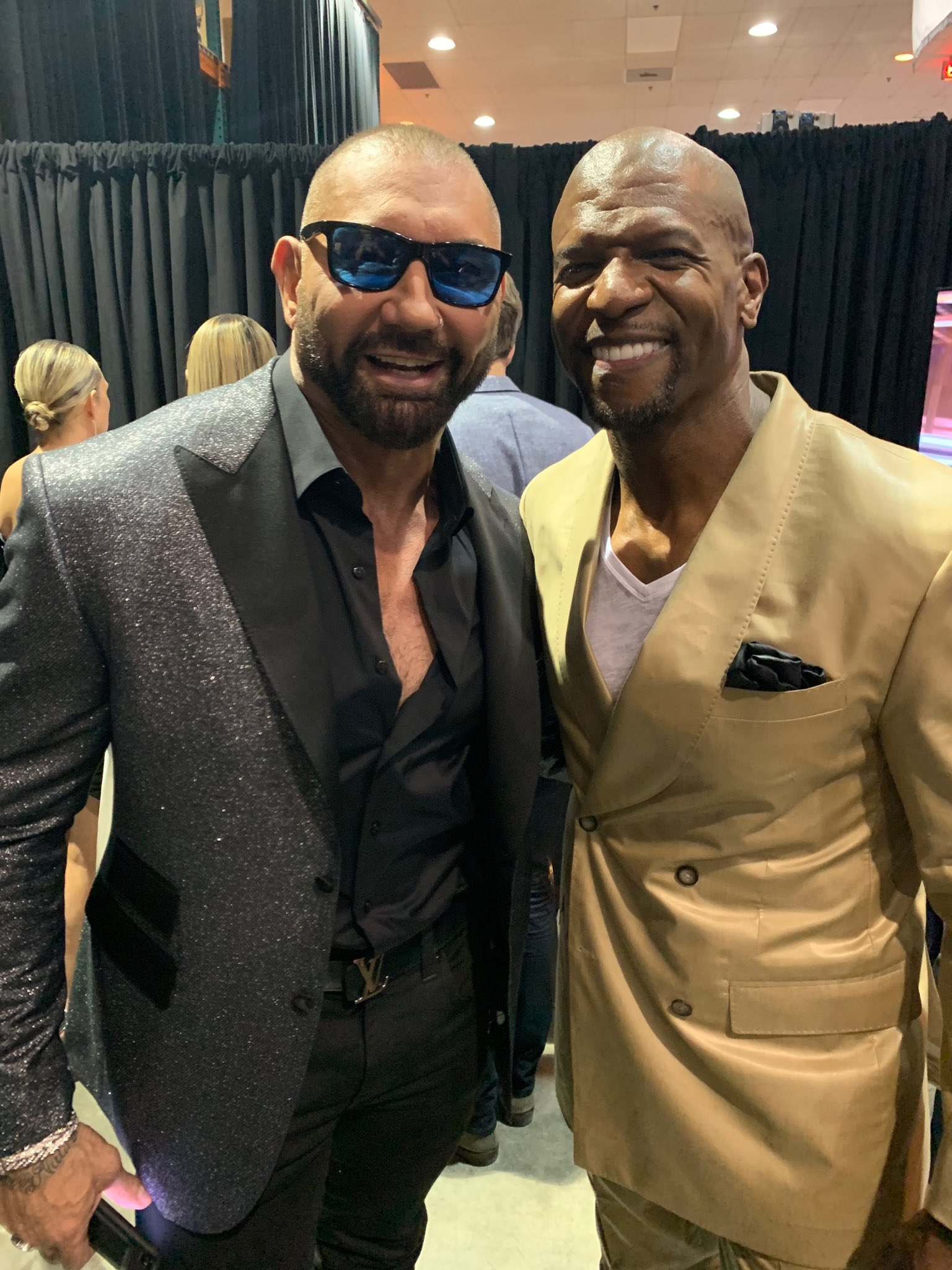 Look at the man. He is built like Marcus Fenix. He is perfect.

He looks the part, and wants the part. Give this man the job!

Where did he say he wanted in? But yes I support him as either Marcus or Dom

I can see him as Marcus for sure

Mhhhhh not a fan of his as a,wrestler or actor …i would however love to see Ryan Renyolds as Damian Baird ,and either Lester Sprieght, or Terry Cruz as Cole

I’m sure Lester Speight would be a better fit for Cole Train. I’m sure he could get a few days off of his toll booth operator job to film. He still is in amazing shape and we is still an active football player.

At OP, agree totally.
Dare I say…BRING IT!!!

I think they should bring in the cast of Addams family to play delta squad. It would really add a lot of colour to the story and breath some new life into the franchise.

I want this to happen for gears 5 or future gears game like 6. I would say give this man a try and see how it goes. then I want a voice test on twitter to see if we like it, But i would still recommend him anyways.

He’d be a good Marcus. I like the idea of Ryan Reynolds as Baird.

All due respect to the legendary Carolyn Seymour, nothing could top her voice, but Charlize Theron (yes, Theron, hahaha hehehe… ) would make an excellent Queen Myrrah.

Look at the man. He is built like Marcus Fenix. He is perfect.

Yep, I’d agree and looks very similar.
I thought they were already making a Gears of War movie back then, but turned out they never really started or what?

Why did you post a blurry picture of a train going over a river?

He definitely looks the part and probably can even pull off old man Marcus, They should give him the role.

Dude! I was just about to create this post after I saw the article on my google feed. He for sure looks the part. How about his voice though? Can he pull off the grumble speak or will they have to voice over John DiMaggio?

How to you all feel about there being a Gears movie in the first place? Supposedly, it will not follow any of the game’s storylines.

WTH is with the headless Marcus?

What even is this thread?

WHY even is this thread?

Not sure, I just had to google it

First of all, WHAT THE HELL!? I’ve been out of it too long, since when was there gonna be a gears movie?

Secondly, the guy definitely has the looks and the build for the role, but I think that’s about the extent of it. Not so confident that he’ll nail the character all that well.

Good to be back tho.