I have been cheated out of the advertised Character XP reward twice this week.

First time, I completed an Advanced daily horde challenge which should have given me 2,500 XP for Beginner, and an additional 5,000 XP for Advanced. The reward card in the match results was 1,000 only, and my character XP only went up by 1,000. I didn’t think to take a screenshot at the time. 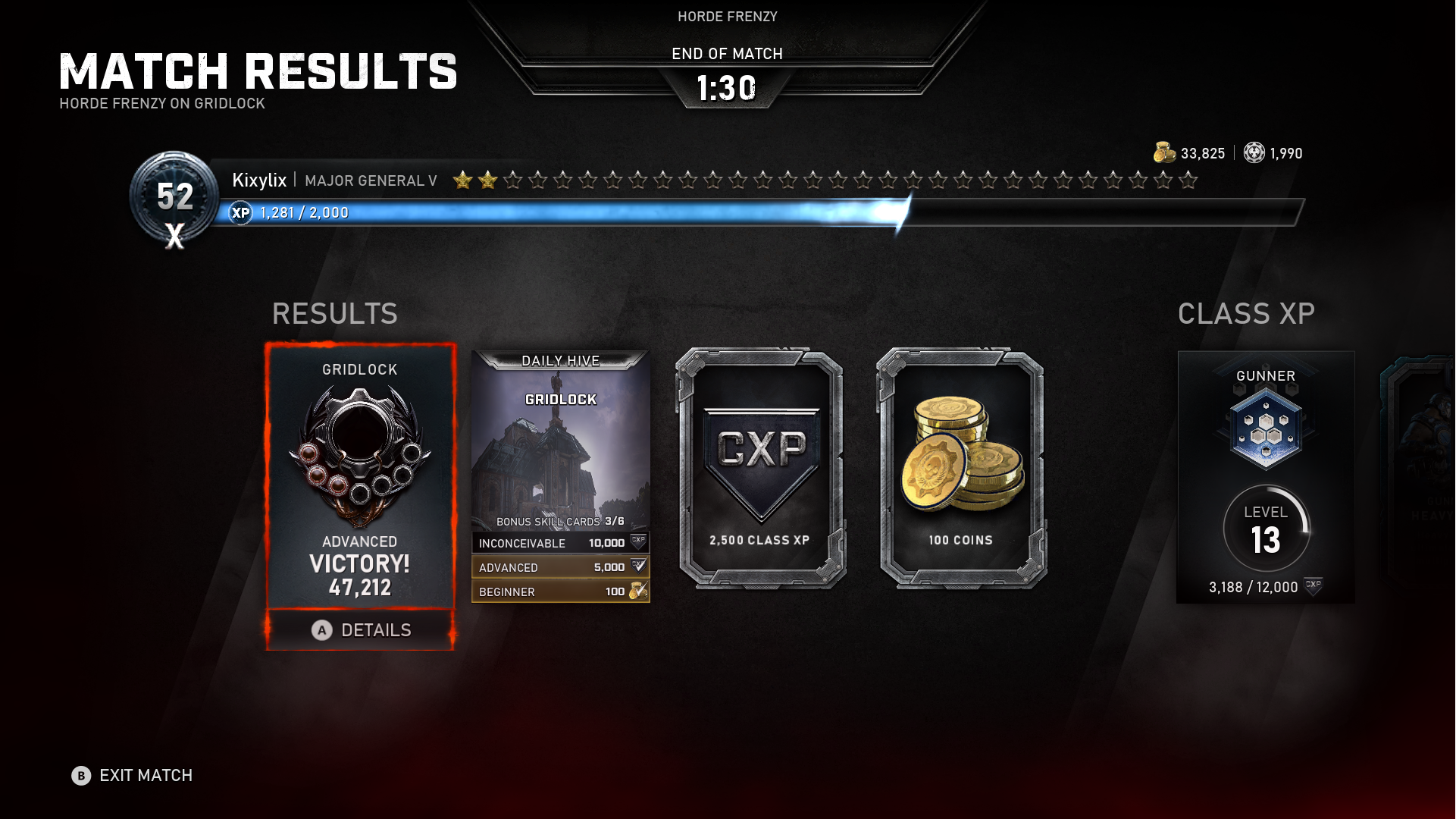 Yep happened to me as well,

Ugh! It happened to me yesterday and couldn’t find many complaints about it so I let it go, but it’s now happening AGAIN. This is just wrong and should be dealt with. Is TC on holiday and not bothering to fix these issues?

This is really annoying. I try to play Grace when there is character xp just to get the class levelled up to 20. Since that class has zero redeeming traits I just want to get it over with sometime so I can quit playing the class. To that end I would like to get the xp that was advertised.

7 cards for Frenzy is normal. Game gives 3 bonus and the base drop is 4.

Some games I get 13 cards. Not sure how that’s works?

Then they might have had an additional card reward for completing Advanced/Inconceivable on top of the bonus skills for any difficulty completion… no other explanation I could provide.

This is a new hidden feature by TC. It’s called spin the prize wheel and see what you get…cos we don’t know what it is!

Yep same for me as well…
Edit: Viewable now.

I’m pretty sure it is a visual glitch on the supposed rewards. The daily CxP rewards that are possible are 5000 for incon, 2500 for advanced and 1000 for beginner. That is how it has been since they started this. The only reward that has ever actually given higher that I have seen was the weekly hive

A little off topic.

I have a daily tour of Duty of eliminate 3 bosses in horde or escape. I have played 5 rounds and keep getting the new bird thing boss ( Wakaatu) and killed it every round and it is not counting towards the ToD.

Nope. Earlier this week an advertised Advanced reward did not pop at all for me - please read the first post.

There is nothing normal about this.

I did read the post and I didn’t say it was normal I said it was a visual glitch. Rewards are different then what is shown

I finished 50 waves of this earlier and was rewarded the full amount and all cards. I am not saying there isnt a problem but this looks to be only certain players or regions problem or probably just a visual bug for some.

I’m convinced they are bugged for Horde despite being stated to be double the CXP of what rewards were before, because the increased CXP rewards are 100% functional for Escape runs.

Also, not sure if this happens to others, but sometimes I’m just awarded zero XP, even for a full match, the after game screen just skips the XP award part and I get nothing. Yay? It’s happened 2 times, randomly.