Yeah, the design of the hive is extremely contradictory.

Anyway, let us not forget to share the way we have been doing it lately:

Pilot’s Silverback is extremely powerful on this hive. Especially if you are playing a lobby with only 2 people or less, in which case you can use Wingman to charge the Ult 3 times as fast.

With that strat, waiting for the Venom to catch up at the start before you jump down means that Pilot WILL have their Ult in time to easily lead the push forward to the first safe room. But once again, only with Wingman and you CANNOT have a third player.

Alternatively, or with another Pilot to take turns Ulting, it is possible to clear the first 2 fights of the second act with just mostly the Silverback. The key is to run up as far as you can to get as close as possible to the first spawn before activating the Ult, and then carefully use the Silverback Salvo on groups to extend the Ult timer long enough to last both fights. Bonus points for pairing with Tactician, which can actually refill the Silverback Salvo with it’s own Explosive Resupply Ult! In that case, the Silverback can last ALL THREE act 2 fights, although it is very tricky.

Other than that, yeah, good on others for their tips on this hive.

This was the second time Last Stand was in the dailies. I’m surprised, it seems like the more a hive gets in the dailies, the lower the quality of players playing them. I would think it’d be the opposite. I had two fails with one guy who was on my friends list, who was a lvl 18 gunner, and who I knew was a good player. The third was a lvl 12 Emile/Protector who was just sabotaging us, undermining everything we tried to do (e.g., rushing out in the beginning, taking the mulcher from the gunner). Don’t know why that guy was putting up with the lvl 12. Maybe it was his friend. I had to leave the lobby.

Found another lobby shortly after where someone was playing a high lvl Tactician and we just escorted him while he did most of the killing, which is how I completed the hive last time it was in dailies (while I was Tactician). Gunner is also very effective, as he can alternate between reflect shredder, and scion’s mulchers to carry the team through. However, I think escorting the Tactician while he keeps resupplying the same salvo is the simplest, most efficient way to do this hive. Got a Tactician and a Gunner on the team? Well, then it just gets easier.

I never wait for venom or stay in the middle or place any weapons in the locker.
At lower levels, yes you can but at Incon or Master it’s just stupid and will get you killed.

You don’t wait for venom when? Surely you are waiting at the beginning, right? I think every successful run as or with Tactician we waited for venom to at least reach that middle area so Tactician could reap the rewards of venom boost. As far as I know, recharge bounty isn’t recharging his ult anymore, only those of teammates.

Didn’t know you could prevent the Mulcher from spawning. I thought that was random. Sometimes I even get two mulchers in the first act!

So you don’t use Reflect Shredder? How can you deal with any Mulchers? You say you can prevent the first one, but what about the second act ones?

NO BLEED here otherwise the next wave will trigger.

edit: wait so you’re just running from the mulchers instead of killing them/taking their mulchers?

If you want I can try to record what I’m doing during my run. Might be easier to understand than a wall of text.

Sure, I’d watch. May as well watch someone else. Gonna be downloading this update until tonight anyway on my slow ■■■ internet. So I won’t be doing much playing myself. Any reason why you use that one app instead of YouTube?

Any reason why you use that one app instead of YouTube?

Xbox DVR is build in and Youtube is pure cancer

Here is my solo run as Gunner.
I did have bleed though so the second spawn in act 2 activated but HerrKatzchen is right. If you don’t carry bleed cards there will only be one spawn in the second act.
If you want to do solo run as Gunner, all you need is 3 cards - Bait armor, Heavy Deflect and Sole Survivor. 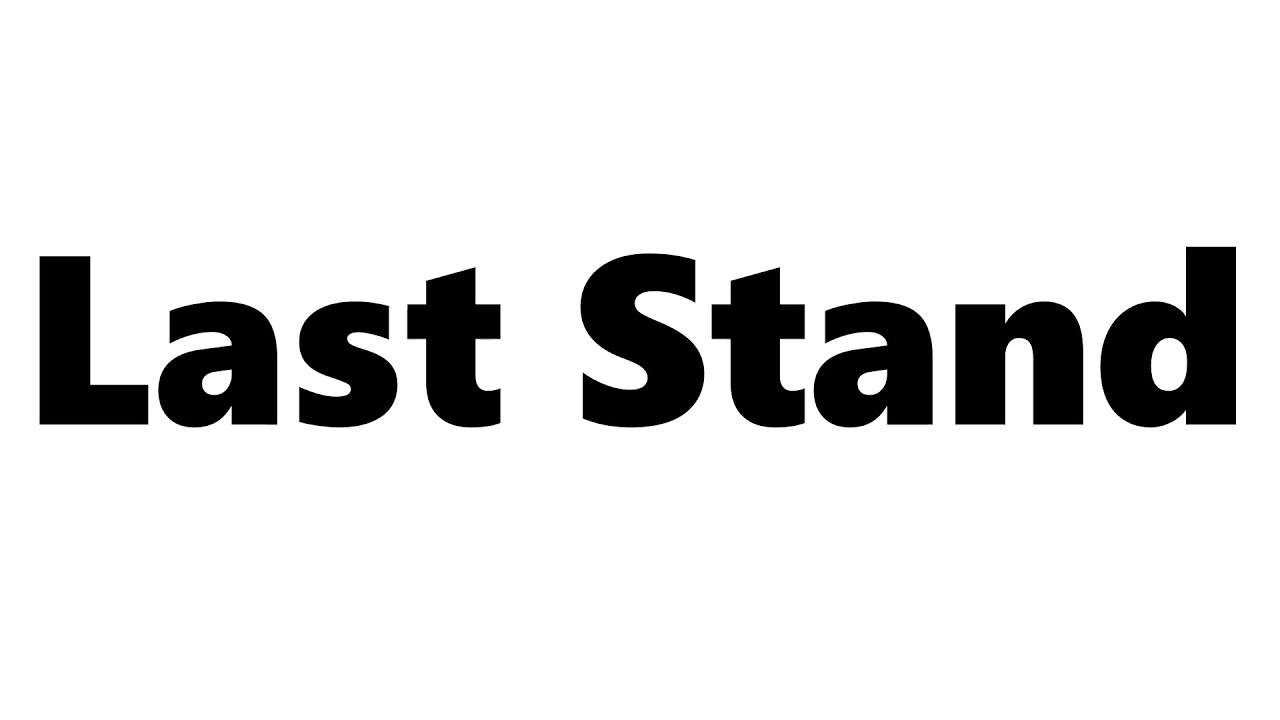 You don’t wait for venom when? Surely you are waiting at the beginning, right?

Usually I don’t wait at all in the 1st Act. The only exception is when there is a class in the squad that needs venom.
I do need venom in act 2 though for my ultimate. So I like to take it nice and slow, clearing each section one by one.

Last Stand is my favorite map. I do my dailies on that map almost every day

You don’t wait for venom when? Surely you are waiting at the beginning, right?

Not necessarily. As I mentioned in my post, you can wait if you want as Keegan obviously benefits. However as ultimate cooldown is universally damage-based anyway, then Keegan can make alot of progress for his ultimate anyway. Venom Boost just pretty much gaurantees it.

But it’s just as feasible to run straight off as some of the enemies including the Mulcher Scion spawns based on a timer. If you’re quick, you can avoid that spawn of enemies altogether.

Man you know me I need my guarantees. That salvo might spawn with only 10 rockets. I don’t like leaving that up to chance!

isolate the Elite Grenadiers and meatshield one (which in itself can be potentially risky as they tank melee attacks) you can nab a flashbang to use.

Is this trick still working post-update? I wasn’t getting a flash today on Hunters when meatshielding grenadiers, and I had used a flash to stun them before the meatshield. So I know I didn’t have shocks or was maxed out on flashes or anything. I had suspected this a few days ago, but didn’t pay particular attention to it until now. Was the free meatshield grenade patched out? It did always seem like a minor bug that benefitted players. On the other hand, if the drones are meant to drop grenades, then just let them drop them IMO. That would’ve still made sense. The 'nade teleporting directly into your pocket was the part that didn’t make sense to me. If this has indeed been patched, that would change up/make a lot more difficult many of the solos and score runs I’ve seen on YouTube.

It’s only the elite variants that use grenades. I’ve been able to do it this week. Just finished a Horde game where it worked just fine.

Ahh, must’ve been the Gnasher variants then. I had recognized that Claw variants were giving grenades, while hammerbursts weren’t, but don’t know why I wasn’t differentiating between the Gnashers and the Overkills.

I might add that if you are low on pistol ammo, picking up a meatshield gives you ammo. It can come in clutch for Anchor or Nomad.

Wow I forgot about that little detail from Gears 3. Does it really actually work for all pistols? I thought it was just for the snub. At least I think it was back in Gears 3.

Jeez, I never knew that either. Is that for all drone variants, or only elites as well? Still I find it a little silly that hugging a drone would automatically make his items transfer to players’ pockets. lol. Also, AFAIK, this mechanic was never officially explained in game, sorta similar to the three-hit melee combo. You’d just have to pick it up from other players because the game wouldn’t tell you.

Hmmmm. Been a while, but now that you mention it, it might be just for the Snub… So I take back the Anchor\Nomad comment.

In defence of me giving a mistaken advice, the last time this mechanic was relevant to me, was when we were given half a bullet to take on Escape hives. Glad that changed.

I just got a -16 on this with Bleeding Pepper, but the leaderboards don’t seem to be updating on this one. Got a -15 the last time it was a daily and that didn’t upload either.
I thought that they would do this now that they would rotate these as featured hives. A couple of them have updated, but this one still holds my set time of when the hive launched.