Lol. I’m wondering if somehow it just now caught up or something. I’m not sure 9 days was enough for that big of a jump.

Definitely not. I just grinded 2 hours roughly last night and that was for 1,500 assists (3% progress).

I wish I had taken a before and after pic.

Why can’t this bullsh*T happen to me…?!

I was wondering this

Oh and I’m curious, what is your solo method for assists? I have an idea but want to see if you have something better.

I doubt you’re going to be able to shave off 18k kills. I’ve been noting when my percentages bump in the achievement tracker the last few months. They all ticked up a couple percent earlier, so here’s what I have.

Since the percentage in the tracker isn’t exact, I just calculated for both the listed percentage and one tick above that (just in case, e.g., 41% is actually 41.99%). The May 31 check was probably too soon since the target went down, but overall the target kill count is trending up. Curious if the target number will converge to 100k as the percentage climbs.

I doubt you’re going to be able to shave off 18k kills.

Ye of little faith! I’ll be sure to let you know.

Curious if the target number will converge to 100k as the percentage climbs.

Me as well, though I have my doubts.

Oh and I’m curious, what is your solo method for assists? I have an idea but want to see if you have something better

I can only play on xCloud currently because I don’t have an Xbox. So I login to my main account & second account using two separate browsers (Chrome & Edge). Launch Gears 5 on both. Then host a private lobby - Arcade Deathmatch on Blood Drive.

Main account is Mac/Lizzie (assists) and second account is Cole/Benjamin (kills). Throw a shock or two and kill the bots with Boom and it starts the chain. The killing/farming occurs just outside the versus spawn (doorway).

Make sure to NOT take cover on the wall because it slows down the bots from rushing in.

Best part of this is you only need one controller. Just gotta switch between browsers whenever you have to restart the blue fire chain again. Which happens from time to time because the bots can spawn across the map and take too long to reach you.

Doing so yields 700-750 assists per hour. There are faster methods but this is the fastest given what I have access to.

Did something happen to the calculations?

Quick question, are you a PvE player? Maybe had a recent game where someone in your game randomly left the game and came back?

(Asking because I glitched these achievements when I originally was 55% completed like 6 months ago. Then had a Power Outage and by the time I came back to the game, my progress “doubled” and I unlocked all PvP cheevos. Recently had another Power Outage and someone from the Friend List I was playing with said he saw progress on his cheevos go from 40% to 80%ish. Of course no real way to test and I’m not going to kill my console to test out)

I bet this is what happened to me. Not a real power outage, but I did rip the power cord from my console this week.

Around Tuesday I went to play, but my elite 2 controller wouldn’t stay on. It would cut on and then off. Thinking the battery was dead, I let it charge an hour. Still nothing.

I read up on possibilities. One guy said it was a console issue. Didn’t seem likely, but I pulled the cord like he said. Fixed the controller.

I suppose a full reset causes the console to reread or redownload cloud data which may be what changed my stats.

Ah. Yes. It’s exactly the same method I plan to use, although with the immaculate Queen Myrrah and the mighty OG Shirtless Grenadier as I cannot bring myself to use the fiiiiilthy groundwalkers!

Anyway, 700-750 an hour is certainly decent. And kudos to you for suffering xCloud and switching browsers like that! Impressive

Yeah I might switch it up and use Swarm characters for once lol. I need to buy the associated Swarm version of Cole/Benjamin on my second account first though.

Music to my ears. The Queen’s voice is the only thing that’s kept me sane through this unholy grinding!

I’m at 48% on Covering Fire and switching teams doesn’t make the grind any easier! Atleast I get to look at red fire instead of blue lol.

Atleast I get to look at red fire instead of blue lol.

According to my messed up tracking progress, I’m now due to unlock the achievement at 82,000 kills. This morning I was 80,000 bang on and proceeded to do a 30 Round 75 Kill Arcade Deathmatch, which results in 2,250 kills.
After suffering through it, I checked the stats and my Versus kills still says 80,000. Strange. So I did a quick Warzone match. Still 80,000.

I’ve restarted the game but there’s been no change. I’m just hoping those kills “registered” regardless and this damn pain-in-the-

If not, I swear to God @TC_GEARS I’m coming for you with a can of Kerosene and a lighter.

You tried to do the profile switch workaround, I hope?

. Makes no sense whatsoever, so that 2 hour 20 min session earlier on was meaningless

. This game is testing my patience badly.

Anyhoo, yes I did do the profile switching and the percentage bumped up to 98% so just 1,857 kills and I’ll do it again to finally unlock the damn thing. 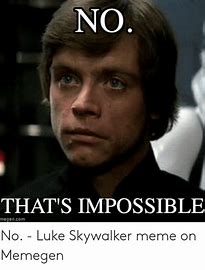 Doesn’t help the building is empty either.

Just gotta remind the janitor there to feed the hamsters so the servers can continue to run for the 12 of us.