Cost of becoming a celebrity skin

How much cash do I have to front to get my own celebrity skin based on my likeness? Bautista got a skin, but he’s frigging Drax. So did Sarah Connor. But some of the others got me thinking. A wrestling tag team seems a little low-rent. So does that character whose name I can’t remember from that last Terminator film.
Can someone from The Coalition throw me a number? Don’t highball me to discourage me; give me a real figure.
As for design, I’m picturing a dude with a dad-bod wearing a kilt. Unusual, I know, but I have the legs for it.

Actually, Bautista is in under his Batista persona, another wrestler, not necessarily because he’s also Drax.

His real name is David Bautista.

They put him in the game because of the old community meme that he should play Marcus in a GOW movie.

Honestly all the celebrity guests in this game kinda fit outside the new day. Because I’m a huge wrestling fan though and love the new day I was happy af seeing them lol and Xavier is a huge gamer anyways so yeah. The terminators fit but that skin just pisses me off. Extremely small hitbox and that one that’s missing half his head, whoever put that one in should be charged. But Sarah Connor and Grace are cool. It was a promotional tie in for that garbage movie so just a money grab at the end of the day. If you a huge terminator fan you’d be excited at using Sarah

No. it would of been much better to have her T2 version. Something Fornite got right. I also laugh when I see the young woman from the newest movie. She looks like simple jack from tropic thunder. When I see someone playing as her I think ha ha this sucker got fooled into buying the skin hoping her skills would rock and now have to justify the money they wasted.

It’s a great question. How much money do we have to offer for TC to put us in the game? Everyone’s gets a price. Do you want voicelines?

Also, I just found out Soulja Boy is a big gears guy. He should probably get put in and we can have the crank that emote. Then I can do that with thrashball Cole. It’d be just like my boy Devin Hester doing the dance back in the day before he returned a kick.

Yeah grace is lame. Never seen the terminator movies so I wouldn’t know but I guess T2 is her most iconic look or whatever. This was a promo for the newest movie so of course they had to put this latest one. Plus it’s old grizzled Sarah Connor like it’s still Sarah at the end of the day. If I’m a terminator fan I’d be pleased with it.

If Bautista is such a fan, he could have ponied up for some new horde/escape map developers.

They are two different people
Bautista 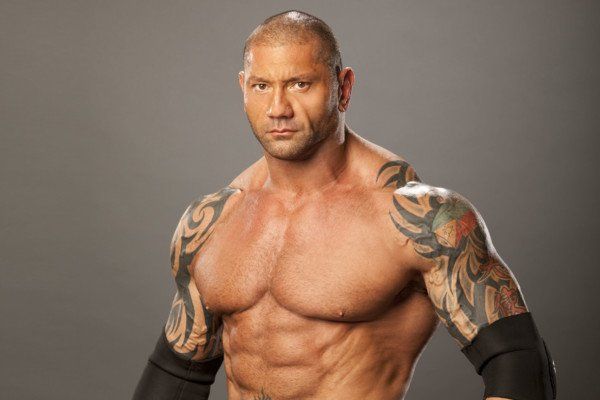 I keep getting kicked for using the Billy Elish skin that you get for buying organic strawberries at the circle k.
I don’t understand, what’s the harm seriously?

Does anyone even like Grace? I think her voice is terrible. Almost never see her while I see Sarah Connor all the time

No, no one likes her, but with how lifeless she was in the movie at least they made her semi accurate lol

In their defense, though, the new Terminator was supposed to revitalize the franchise, and the return of Linda Hamilton was a huge deal. Putting in the modern Sarah Connor and what was supposed to be the new recurring robot from the future character is naturally what Paramount would want. And had Dark Fate been the great movie they were billing it to be, we wouldn’t be making fun of these characters. (Plus, Linda Hamilton doesn’t sound like she did in T2; her voice lines on a younger version of herself would be weird.)

This is the risk companies run when promoting stuff prematurely. If people love the product they’re promoting when it comes out, it all works. If they don’t, that promotional content ages poorly.

I can think of at least 3 people off the top of my head who would pay to have me as a playable skin.

The problem was that the film was dead amongst the target audience before it even got close to release.

My exact reaction when I saw the trailer hit my recommended was, “Another Terminator film? Seriously? They are milking it for all its worth here.”

Which carried over into the release of the film. And apart from one incredibly dumb thing at the start, I don’t think the movie was actually that bad. Then that carries over to this game. Doesn’t make Gears 5 look good.

I’m not disagreeing with your assessment of the film itself, but Paramount is clearly trying to make Terminator a thing again, and promoting their new characters rather than their old was an effort to do that. It makes sense why they would, even if the final results weren’t good.

I personally hope Terminator is done after this, the movie was meh. I liked it better than T3 though.