Community is so toxic

Edit: Should mention I only played FFA because of a daily objective… definitely NOT because I wanted to!

Just played my VERY FIRST “serious” ranked match of FFA to complete my daily objective for doing so (played ONE other time for some achievement a LONG time ago). It is well known that I am not a sweaty player, so I didn’t expect it to go well. Also, it was my first game played this after waking up this morning, so I was still shaking off being sleepy.

Therefore, imagine my surprise when I got SECOND PLACE! Couldn’t believe it!

However, you can imagine the chat box…

And remember, the people giving me insults I BEAT in this match by a LONG SHOT expect for 1. What weenies…

And mind you, there were 7 other players in the match and I was the ONLY person being verbally attacked. Literally singled out…

All that is to say this is EXACTLY why I never ever play VS expect for Coop V AI in this game. I understand smack talk, but literally attacking someone in the ways I get attacked online Every. Single. Time. I play a VS match is absolutely ridiculous!

I HATE versus. Hate hate hate it. PLEASE take away the versus-specific daily challenges and the Ranked-specific medals from Tour of Duty (unpopular opinion, I know). PLEASE don’t force players into easily the most toxic game mode in this game.

I agree with the medals, as a PvE player I hated these challanges but wanted to get all the coins I could, as far as the challanges go, I dont mind them as long as they can be completed in coop vs AI, I would prefer if the ranked medals where instead mode medals and you could complete them in private co-op vs AI matches (with limits so it cannot be exploited).

Exactly the reason I don’t play versus and would never do any dailies if they can’t be done vs ai. Sorry I don’t speak about everyone when I say this, but the scum that resides in versus is no better than the scum you find in sewers.

Trust no one. Unless useful for your own gain, everyone is expendable.

That has worked well for me over the years.

Anyway, I fully understand what you meant and know the full extent of how ridiculously vulgar people can be online for very little reason. It’ll never change.

With that said, this made my day;

It was said that I eat male genitalia

I usually reroll the dailies like this, but I had already rerolled a “win 3 arcade matches” that was replaced by a “complete an FFA match.” Since it was just “completed,” I decided to do it and ultimately ended up subjecting myself to children…

I get it every now and again too, reup 41. Usually its… sad c**t, go out u loser and get a life.
This is one of the main reasons i use the longest arm rip beatdown executions, most times we leave this person last to kill so they can get humiliated by us and everyone can watch. After a few times they usually quit out🤡

Im actually beginning see alot more reup50 in games now, mostly escape tho and sometimes vs ai when doing stars, 1st reup50 i seen in a social match was quite a few months ago, i sent them a messg saying congrats. They never replyed…

I’m not even surprised as even in Social, some tend to overthink that re-ups are an indication of good versus skills.

Also, it just goes into another level for some streamers that show different attitude in their streams… 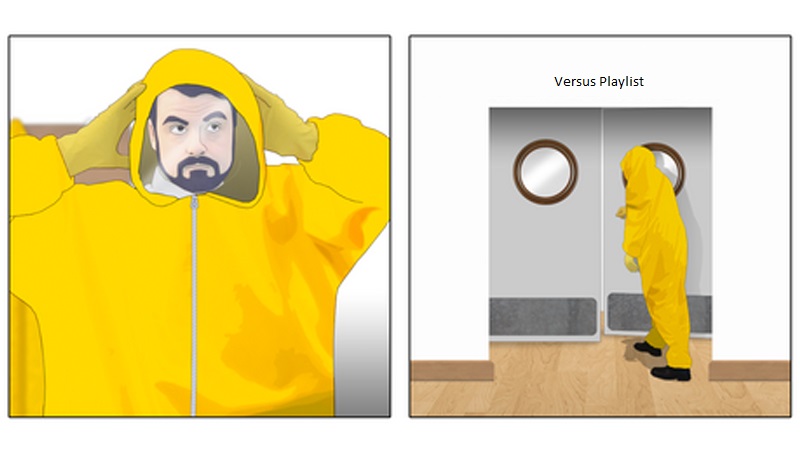 It’s just part of the Gears culture. It’s in other multiplayer games as well.

I play social almost every day, and it’s so funny to see how worked up people become…IN SOCIAL.

I would be suspended indefinitely if I played PVP because they would not like what I would say back to those idiots.

Yes, it can be annoying. I’ve been called names more than a few times. I don’t bother responding. I think the chatbox is rather tame compared to the trash talking back when I played Halo 4. They had a pre and post game lobby that with live mics with the opposite team. You can imagine the trash talking that went on before and after matches. And the trash talking that occasionally went on amongst teammates could be almost as bad. insults, cursewords, and racial epithets out the wazoo.

I get the impression how a certain person acted about the Reups a few months back hasn’t helped make Reup 50 players more popular in the eyes of the general playerbase… and I get the impression PvP players are just more toxic in general. Not everyone but most seem to be. Another reason I avoid it.

Almost makes me glad I’m “only” at Reup 25and that I’m currently very demotivated to try going further… almost.

Last night I played a game and about 2 minutes in to the second match (KOTH) I noticed one of my teammates (the lowest scored one) was jiving around with the entire enemy team in the hill (ergo no team was capturing it) this went on for the next couple minutes and none of the enemy team would hurt this dude, weirdest thing being this guy on my team doing all this was in a party with the highest scored player on my team who was actually being kinda sweaty?

Thought that was it? The next 10-15 minutes proceeded as follows.
(This was on allfathers btw) started with that one guy, soon him and the entire enemy team had their pistols out doing some ring around the rosie with the middle hill. They continued to only pistol at the few still playing until all of us on both teams were just running around the hill with snubs, which then turned to winding up the grenades.
Then after people got bored of that we had a fair chainsaw mash away from the hill wheres everyone one both teams was able to boost their kills up to the point where no one would lose gp.
What then followed was roadie run races around the map until about 10 minutes later we all just called it and the enemy team took the win. It was an interesting night in gears to say the least.

It’s easy to be toxic and call out people and call people names over the internet/live services. Most people won’t dare do it in person.

I agree completely - especially the ranked specific ones - Playing ranked when if your team quits you will either be punished for staying or going epitomizes what a bad idea is. Such a gruesome portion of the game should be left optional to those whose self esteem is low enough to consider that kind of abuse acceptable.
Co-op vs AI may redeem some of the VS specific dailies but no way do I accept being manipulated into either getting banned or having my face rubbed in a drawn out 1 v 5 match that I was only attempting because I didn’t want to waste potential gears coins.

I dunno. I generally find it sad. Like are you seriously invested so much in this game that you have to single out an individual and abuse him. Now, if someone starts talking smack to me, I have NO problem responding. But honestly, what you just described is a bunch of sad man boys who played the game of life and lost.
Simply reply: Scoreboard.
Then move on.

Agreed. I just had a wonderful encounter with someone on the forums no less. Some guy named redacted by mods, callout are not allowed.

Yeah because if they did, I would knock their ■■■ out. XD
Easy to talk ■■■■ when behind a screen.

In Gears 4 all I played was ranked, so I’m used to abrasive stuff being said my way, especially when I would get MVP. I rarely play ranked at all in 5 because I’m sick of quitters and I’m not gonna go out and get a 5 stack going, so I usually just jump into Arcade or whatever special event they have going on for the week. The amount of trash talk that goes on in SOCIAL just mystifies me. WTF. I would get offended if I didn’t find it so hilariously pathetic. Like dude I was Diamond in KOTH and Escalation when I retired from 4, running solo. These social matches mean absolutely jack-$hit to me, certainly not enough to talk crap to anyone.

You can’t call out people by name. Forum rules.
From what i’ve seen of redacted, he seems to have a sense of humor, and to enjoy trolling a bit. I’m going to assume that’s what happened.