I’m back with another challenge for the community!

Since we’re slowly sucking Escape out of every little challenge there is, I thought why not make one for Horde as well? It favors teamplay AND potentially players playing with their favorite class as well!

So here’s the description of the challenges:

Unique-class-type
As the name indicates, the challenge is to complete a Master Horde with each unique class of a type, e.g. meaning all Tank classes (one each - one Anchor, Brawler, Gunner, Pilot, Veteran). So the team may only have one of each of these classes present in their match but they all have to be of the same type (in this case Tank). For Promotionals, this obviously means only 4 players (don’t worry, the 1-50 has already been done). The map is free to chose.

Single-class
This challenge is also pretty straight forward. All 5 players pick the same class for the match (e.g. all Blademaster).

The idea is to complete these challenges on all possible modes (focus on Horde/Frenzy first).

Potentially the other modes.

Check out the Gears 5 PvE Masters community on Discord - hang out with 20 other members and enjoy free voice and text chat.

Feel free to drop a comment or heart if you’re down for the challenge and post videos of runs that are already completed (afaik there’s already a bunch out there).

Ultra, Wicked, a couple of buddies that join sometimes and I have done a few of these already. I didnt make videos out of some but I do have videos of :

Veteran Only Frenzy village, no forts

Striker only frenzy asylum, no forts

Tact only frenzy clocktower, no forts

Plenty of infil only games as well.

Brawler on Frenzy Bunker, but it was a triple melee daily so I wouldn’t count it

We did do a Jack only frenzy on Reactor and it was the most awful experience ever lol but i stopped recording like half way through because it was getting tedious shocking everything.

We’ve also done a Blademaster only for every horde gamemode on master that allows the fab, perks and power to drop which are : Mad Man’s Monsters, Escape from Kadar( i think this is the most difficult), Roullette, Mania, and Boss Rush.

I would expect a marksman only to be annoying because of fhe glitch when 2 people use their ult at the same time causes neither of their ults to work.

I remember being in one of those runs when Roulette was still in matchmaking only. Those flyer and Guard wave combinations are a serious pain with only Blademasters around.

causes neither of their ults to work.

Kinda. The second player is still able to see enemies afaik, but the person who used their ult first won’t be seeing any enemies until new spawns come in. Unless TC actually managed to worsen it ever since Op 5.

Now regarding the challenge itself, I might’ve been interested but don’t bother using Discord(particularly after hearing of an incident where a bunch of people got their YouTube accounts hijacked and presumably associated information as well, with the cause allegedly being Discord), and don’t actually play with a group that does those things at the moment.

Flyers, anything with a lancer, Peace Makers(Especially these guys) and Ice Scions being in a combination are hell for BM lol

We did a JACK-only Frenzy game a while back with TC Shauny when he was around (for the Psychic execution). That went alright.

Yeah that one went way better than the one of we did on Reactor. We got 2 wardens, Sentinel, a Carrier and a Matriarch. Matriarchs take a LONG time to kill with the zapper. Lol

If you don’t link your channel, I see no way how those information could be hijacked. Our Discord is pretty basic without really any bots or anything atm.

The idea is to bring people together to do these challenges.

The Discord is simply to track the runs since it’s a bit annoying over the forums.

Wasn’t so much about being on Discord as a bot somehow being programmed to get information by interacting with it on YouTube if you had Discord. Don’t know the specifics.

Don’t think I’ll participate anyway, seeing as the only player I ever played with who does these things is koty and the last time was like I don’t know, a few months ago?

I did a Jack only run on Frenzy on Gridlock.

It was tedious as hell lol especially trying to kill a Warden when there is nothing to highjack anymore.

Not even mentioning Matriarch…

But I’m down to do other runs if anyone needs a player.

Sadly don’t have the squad to get these things done, but feel free to drop me an invite if you need another player.

We also did a pilot only on Dawn last month 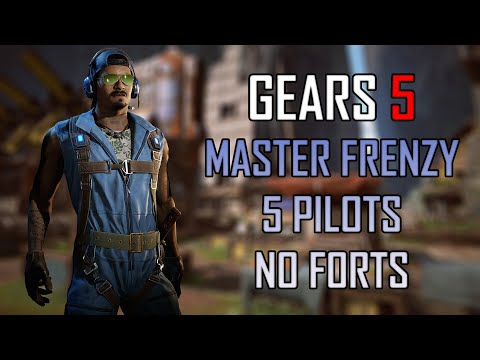 If you can still build forts with these challenges, hardest part is probably getting all 5 good players online. All Brawlers would probably be an interesting one.

All Brawlers would probably be an interesting one.

I’d like to do this one, but IMO with an extra twist all 5 players having to use a different focused build.

All to partially show off the variety the class can have.

Would love to do something similar as Nomad too.

what classes are still needed?

As always, Demo will be the worst of the bunch as far these challenges go. I wonder how well it will go if we don’t have very efficient way of refilling ammo.

we did Demo today

I thought the same before the game started. I brought the frag capacity card so I wouldnt have use my boomshot but it actually wasn’t a big deal. The ammo regen was filling boomshots back as fast i was using them.

Note : this was the first time i used frags on Demo and they suck past wave 4 lol

They’re not too bad, still good to defend a tab that’s far away, potentially killing some flushers and boosting Bullet Boost. If you keep swapping around between Boom and GL, Demo can EASILY live without a locker. Also Bullet Boost + Lancer GL + Ult = RIP everything