This was today this is cliff bleszinski those who don’t know he’s one of the master minds behind gears 1,2,3 he has asked coalition to be in a role to help gears 6 but they haven’t bothered contacting him they just ignored his request. he also worked on unreal tournament at epic games and other successful games, he knows gears in and out he loves the game if anyone can bring this game back to life it’s him. You need to hire him he knows gears better than anyone at the coalition as he was the lead director of the trilogy. stop being stubborn and actually hire people who care about this game. Us fans love gears of war and it’s dying rapidlily this is a serous post. we don’t want to see this franchise die . It hurts us as fans. We have been there from the beginning and even some of us have come late but we have the same thing in common we love gears of war and we want what’s best for this franchise we don’t want this game to die. I know loads of you that work at coalition don’t care about the game you just see it as a cash grab but us fans do care about this franchise and if you have any remorse about how gears 5 has turned out then you would hire him. Go in the right direction and we will appriacte most of you for trying to get this game back on track. It’s in your hands if your going to continue being stubborn as a company and not listen to the fans and not listen to people who made the game then please give Gears of war to another studio for gears 6.

Another one. Sic 'em!

By my knowledge and others as well Cliff wanted gears to be more like judgment. So if he were to return more than likely he’d do nothing but be a consultant on the atmosphere and story.

Am I too late? Did I miss it? ah brilliant looks like it hasnt even started yet. Ill just get some popcorn lol 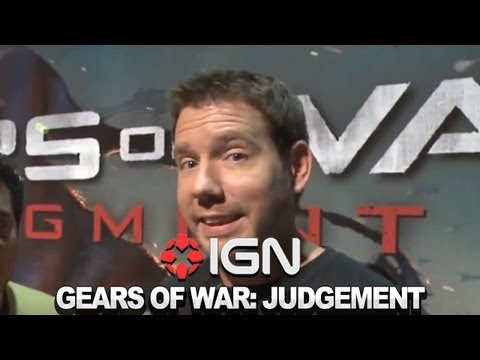 Go to 2:30 he says he didn’t want to do it.
The trilogy was amazing you can’t deny that.
After gears 3 another company worked with epic games and they literally changed gears to judgement it was out of the developers hands that’s why most of them left epic games. If anything he’ll be better now than back then as he’s got more experience in the industry.

I just hope gears 6 is a good game.

Nah, He pretty much said Gears has turned into Political Correctness Propaganda, which just shows me he didn’t even play the story.

Keep him away from TC and Gears.

If people like gears 5 then sweet.
But if anyone has any brain cells then you would agree we need change. I can’t play a game that’s broken.
Even the coalition doesn’t play it because they know it’s bad people need to wake up no one plays this game anymore. It used to be the most popular game even over took halo at one point.
We can help get this game back on top if loads of people get our msg across otherwise r.i.p gears

I think TC has gotten a lot better, they’re always improving. That being said, I would love to see Cliffy B come back in some sort of way

Cliff is annoying now, super salty and the dude has a big mouth. Yeah theres no denying that he made the great first trilogy, but I doubt he even is aware of whats happening with the franchise rn. He always hated the meta of pvp and did as much as he could to get rid of it.

I doubt his idea of pvp would have been any different of what we got with gears 5. You know tons of op range weapons and noob friendly.

Coalition are annoying now. We said after gears 4 get rid of the dropshot and the shock grenade there OP weapons that are still in the game that no one likes.
I’d rather have the hammer of dawn back online… and even the digger I’d prefer that than the dropshot on gears 3 they had that shield mount and a scorcher a flamethrower weapon and gorgon pistol a game that’s 10 years old feels more fresh than gears 4 and 5 put together.

TC are getting better on their own, it’s just a slow process.

Here is live footage of TC chasing that perfect Gears 5:

It’s OG fans that are killing/killed this dated series. It’s not like you even all want the same thing anyway. You want to continue playing the same tired old game from 2007. A gnasher game. A one gun game that you all dellude yourself is high skill. That’s fine, but don’t expect it to be a AAA console seller with a huge backing and following. It won’t be, the general public clearly play this game for the frankly average single player campaign and then go play games with diversity for versus.

Gears 1 MP was a tacked on fluke, even then it was hideous to play with host advantage. The single player was beautiful at that moment in time but people soon tired of the move from set piece to set piece until the music stops. I though prefer that to what we have now.

The versus game now is so dated it’s a joke. People don’t want to hop on for a hour or so each day to play one gun when they are used to playing games with so much more than one route to be remotely competitive. It’s not rewarding and despite what people keep saying about building a game for new players offers nothing for them to learn to play the game or any other route other than learn to use the gnasher and shoot around cover or 90 degrees to the way you are running. The game modes on offer are not even remotely new player friendly.

Even Gears 1 only lasted until COD 4 came out, where you could get games in seconds and had a far better lobby system, compare that to now when in the EU you can barely find games in under 10 minutes unless it’s KOTH. What a great mode for new players to keep running in and get slaughtered.

Gears versus is dead, it doesn’t matter what they do now. What game modes they add, what maps they build, how fast the slide speed is, how much magnetism or aim assist is added. The public don’t care about your wall bouncing one gun game. Why would they when they can play even a game like overwatch where even learning they can have fun trying out various play styles until something hits. Nothing will change that perception of Gears now, they needed to be brave years ago, reinvent it and say this is it, like it or play something else. For me TC listen too much to us all.

People hate on judgement but at least you could be competitive without playing the same old way over and over. Gears PVP is long dead, long live Gears PVE. Gears versus needs a long rest., it’s frankly garbage compared to 90% of the competition out there and rarely fun and dull to watch.

Even Gears 1 only lasted until COD 4 came out

Because that game from 06 your talking about was what made the trilogy the shotty battles where perfect no 97% or anything back then the game was fun everything about gears 1 was perfect. You probably went on cod 4 but everyone else was playing gears 1.
The best game on the 360 hands down.

everything about gears 1 was perfect

But yes you are right about the COD 4 comparison, probably regional but it died here fast as usual compared to America and Mexico. Which has got worse every release to the point the whole EU couldn’t care less about Gears.

But lets say even if Gears 1 was perfect, so few people actually would want to play a game like that anymore. It’s dated and it’s showing in the users.

I agree with you they need to change it on gears 6 needs to be more dated the mechanics are too old now. they should just use the new unreal engine and make it feel fresh we need a fresh start on gears. Mate did you use sniper on gears 1? The sniper battles were insane, even the glitches on that game were fun, crab walk, kun flu flip. Sky diving of gridlock it was nuts. Getting out of fuel depot on the little gas canister and getting out of Tyro station was like going into Mount Everest the real Gears OG’s knows man it was sick.
Not to mention aswel you can’t name a bad map on gears 1 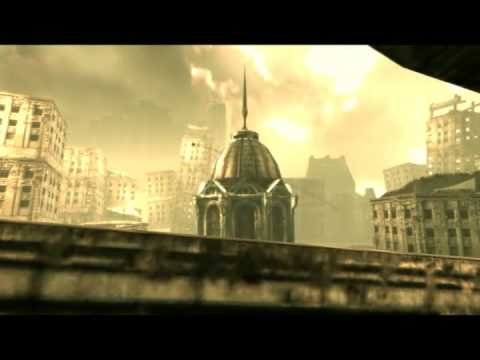 Something you may enjoy

you can’t name a bad map on gears 1