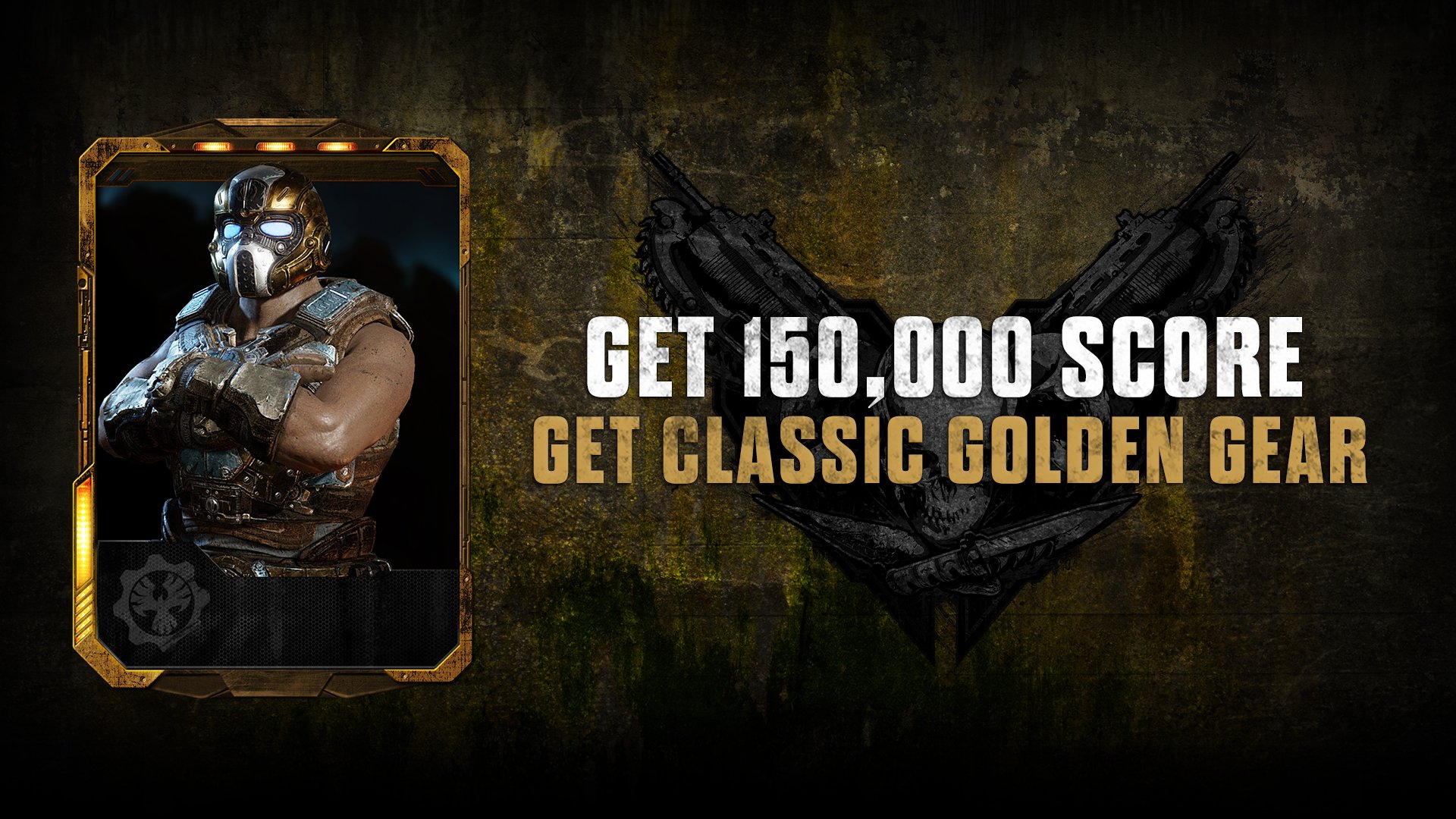 Hmmm. Nothing special. Don’t we have him already? Well some of us at least

I think it is because he is “classic”

Would still rather one of the female COG or Adam F, hopefully in 5

Just another ridiculous challenge that I won’t be going for.

My question is, when they say “public playlists”, does that include against AI?

To be honest this is epic.

They said no AI.

A Coalition tweet stated that the challenge includes social and ranked versus play but not co-op vs ai.

I think the challenge itself is decent enough, and doesn’t impact objective gameplay as drastically as something like a kill amount challenge does, but whether or not the reward is worth it is the question.

Can’t tell if the character is just a reskinned version of the V-day cog/medic, but it looks very similar.

Interested in community reaction to this challenge, and the reward.

I saw some people complaining about the Gears 4 Golden gear so It’s for those maybe.
The challenge isn’t that hard too, If you play social you will get it pretty easily

I’m not going to do a backflip, it’s only Golden Gear. But at least it’s a score-based reward instead of kills.

They really could’ve started with a bang with the Onyx Guard though. Missed opportunity.

Adam is already in the game, just use DB Baird lol

Golden Gear is gooden Gear, unless your into the intracies.

And you basically get a Gold Clayton Lol