We don’t have to agree with each other. If you enjoy eSports and its streams, and consider the skins a bonus, great. But I personally don’t feel interested in watching streams simply because there’s skins on offer, and I don’t believe trying to create or ‘grow’ an eSports scene should be forced. If you can give me an indication that it would be popular without offering stream skins, go ahead, I’ll wait.

But TC(or the organization in charge) said they would stop offering stream skins, after Gears 4, did it once while that stream had extremely low viewer numbers despite being the first Gears 5 Versus stream - though my memory could be wrong on that one, so feel free to correct if it is - and then they decided to backtrack on that decision. If they didn’t backtrack it, then I can only assume it is from them handing off the scene to an external partner, who chose to do it differently, but I don’t know whether it was the case from the start or only happened with Gears 5.

If anything, I do not believe the skins should be completely exclusive to the streams. If you watch them and get them for free as a result of providing viewership for streams, great, but there should also be an option to buy them imo. No reason to have any issues with it, if that were the case.

I’m not asking you to agree, but I am asking not to state others intentions and misrepresent as unscrupulous. That I feel is crossing the line and I find distasteful.

To your follow up, I would just say a few things.

I can give you an indication that some people like it and watch it, I can’t state whether it would be POPULAR (what metric are we working on? Like a viral hit?), so you’re saying niches can’t exist anymore? Nothing but the most popular forms should exist? Well, I can see a very formulaic and boring, lowest denominator level of entertainment content on the way (arguably in some mediums it’s already here largely), got to say I find the thought of that horrific, and if it takes incentives to produce varied content that is not SUPER popular but is enjoyed by some and doesn’t hurt anyone else, then actually I wish there was more of that frankly.

The skins are not “forced”, it’s a reward/incentive and as I outlined above, there’s thousands (or more) of such examples used everywhere.

Decisions change all the time, and many backtrack, sometimes it’s a decision from higher up, or as I said, it’s part of “the game” of life if you want to do something. Sometimes it suchs and feels unfair to others when that happens, but no one is put out by adding the skins.

Ah, here we go, the real feeling underneath. The resentment at the exclusivity of the skins and “just let me buy them”, fine, if I can then buy the ranked competitive reward skins, I don’t want to play endless hours grinding to stay at the top of the leaderboards, I don’t personally find that fun, let me buy those in the store.

Or the Versus players who don’t want to touch Horde and Escape, let them buy the rewards skins for those in the store (actually one or two of the Escape ones DID ake their way in there, which I’m sure the Escape players were not thrilled about. Nothing the other way from the Versus to the Escape players though), long as that can happen to.

Watching the streams, supports the scene, the people involved, which I feel is a lot more worthy than a leaderboard place in a game, however I know that means a lot to players and they wouldn’t stand for it. Fair is fair I think, and the current system seems (mostly, aside from one or two things, e.g. Escape) acceptable.

And I’m simply trying to keep things civil, regardless of whatever personal feelings I have. I have little interest in this discussion, in regards to the ‘legitimacy’ of the scene or not, as of now, anyway, so let’s just cut it short here. But I’m not saying niches can’t exist, there’s just a difference between it existing organically, rather than provided rewards making the streams worthwhile.

The only other thing I will say is, I highly doubt that these stream skins are very ‘rewarding’ to earn. I could literally throw it on, if I ever cared to obtain one of them, and leave it running on my PC/laptop without actually watching, be it a claim or point-based skin, putting aside those that pop up late during the night here in the EU, but that’s a separate subject. Hell, for claim skins I could just hop in and push a button, at any point during their availability, unless they came with a watchtime requirement.

Either way, I could personally hardly call that effort or genuinely supporting the scene. If I’d pay for it, those proceeds would go towards eSports, wouldn’t it? Even so, I don’t find the comparison to the Escape or Versus leaderboard rewards accurate - and the stream points system is effectively the same as current Versus leaderboards anyway. More time spent = higher position, with the only imposed limit being point caps and/or stream runtime.

And I’m simply trying to keep things civil, regardless of whatever personal feelings I have.

There you go, insuniating again. I resent the indication I have not been civil, please point it out. Actually if anything I DO find your initial post uncivil, it’s accusatory.

You literally were questioning the legitimacy of the scene based on rewards, now you have little interest when someone holds that view up to the light, however I do agree, let’s cut it short here, though I was hoping you’d rethink the statement.

Organically, seriously? Nothing with that level of production quality is “organic”, but it was organic from it’s roots, just look at the legacy videos and other accounts from the casters of the early days, what’s more organic than that?! So it has to stay that small, in the US then? It can only grow in a specific way for you, like if a major TV network wants to pick it up? What’s an acceptable growth? No skins? Ok, are the giveaways ok? No? Ok, what about a prize pool? No? Everyone involved should do it out of pure love and just put aside bills, life and just put their time to it just because? Incentives are not bad, they’re quite often necessary.

Not rewarding to earn, well that’s subjective to the individual surely? There’s many games and season passes that don’t feel rewarding to some players, yet there’s players who do them just for the rewards or play and ignore the rewards.
So you wish they were more involved? The early days did have retweet requirements, little quizes but they moved to watch time, which is exactly what Drops do in Twitch, are you criticising all Twitch Drops or again just focussing in on Gears Esports?
So your point is, it’s not hard, so doesn’t that make your complaint and accusation even less valid?

So now it doesn’t support the scene? But you just said it was artificially inflating the number TO make it worth keeping around, are you going back on what you said?
There are/were skins you could buy that a margin of when to prize pools, which is also another a very important support for the scene, but not the only one, clearly “the game” (entertainment game) requires more than that in different areas.

The comparison wasn’t meant to be 100% representative, it’s an equal availability, since you’d rather buy skins than watch a stream for them, I was pointing out players would probably like the same option for other areas too.
I don’t find your comparison of the leaderboard comparison accurate either, the points you get in the stream are the same for all players, whereas in the versus leaderboard it depends on performance in matches.

Anyway, you’re flip flopping, diverting and still insunating, so there’s nothing further to be had from this discussion.

I resent the indication I have not been civil, please point it out.

You’re not? I was literally saying I’m not looking to start a fight or argument, which this could easily have turned into. But this whole thing won’t lead anywhere anyway. The only assumption or insinuation that I feel is there is that you seem to have the impression that I am, resulting of a misunderstanding, when, certainly in my last post, I wasn’t. Not intentionally, for sure.

I like esports streams just wish they was not so long 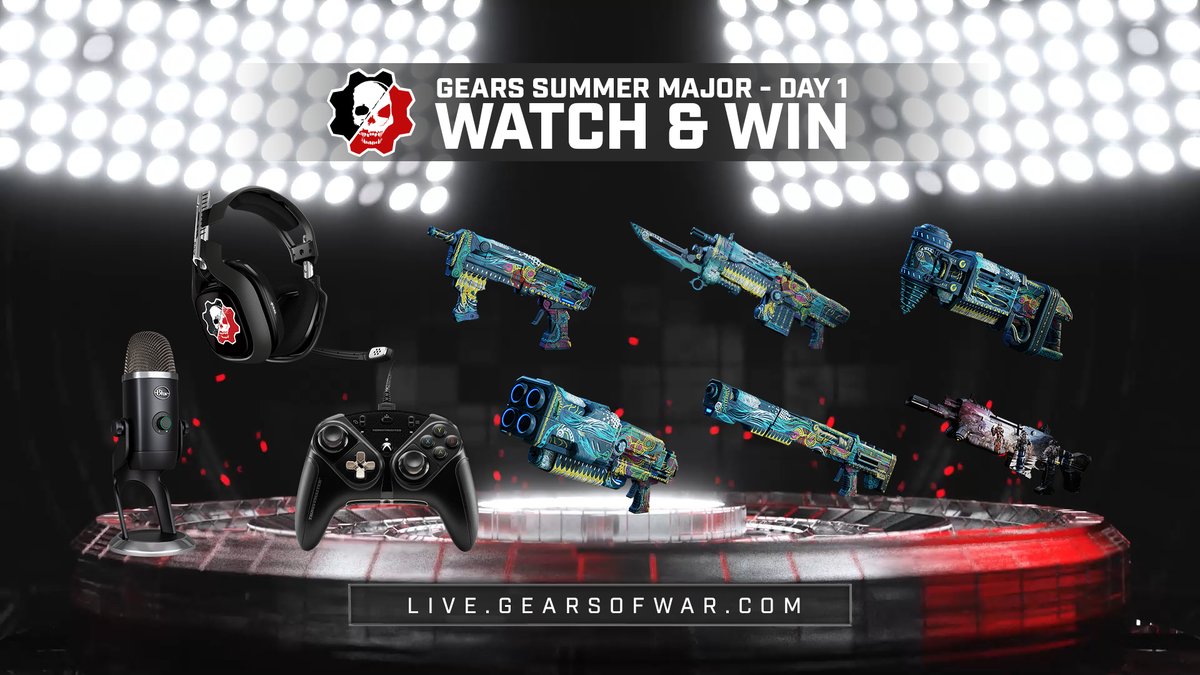 during the Gears 5 Summer Major get it before it closes!

Any guess how to troubleshoot? I cant log in.

Seems to be an issue currently, I got the same in an Incognito tab, I’ve raised it as an issue.

@
Are you affected by this error?

Can you try logging in on your smartphone, does that work?

So no skins for me today, then? Bruh.
Well thanks for the info.

I can’t login either.

TC has to come out & say something

during the Gears 5 Summer Major get it before it closes!

I’d claim it if I could…

Can someone tell us how to fix this issue