Can we at least have reavers and locust bloodmounts in horde?

hi. i just wanted to ask if we could at least have locust reavers and bloodmounts in horde? they were really fun enemies to kill in gears 1,2 & 3 and I’d enjoy to kill them in gears 5 horde.

Gears 6 Horde you can pray.

Gears 5 Horde? Highly doubt they’d use the resources to program them in when the game is in Maintenance mode.

Not happening. TC is going to stop any major work on Gears 5 after drop 2, so no more FTUs(title updates) barring any major issues(whatever their definition of it is), and they’re probably not adding any new enemies in that drop at that.

And aren’t Snatchers basically Reavers without an explosive projectile and without the ability to fly?

According to Roanoke Gaming, yes. Reavers evolved to Snatchers: 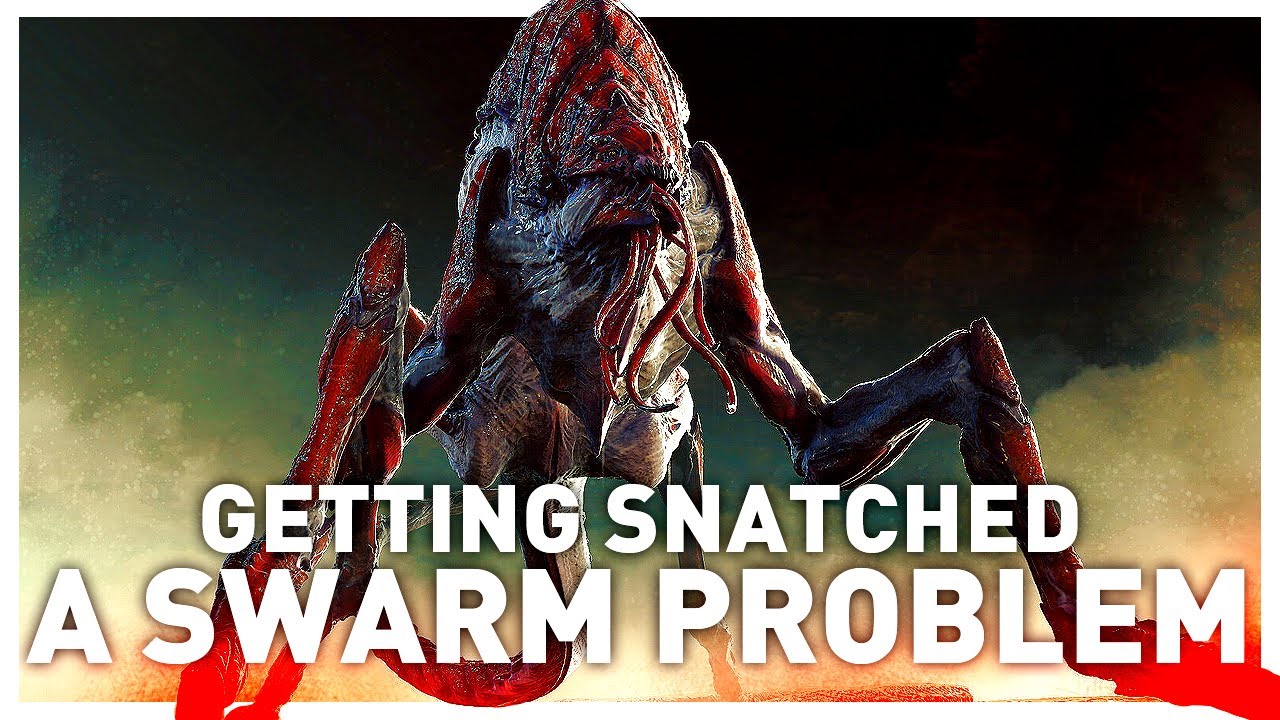 Weird because on Gears wikia, it said Pouncers evolved into Snatchers.

“The Pouncer is a Swarm creature and is the juvenile form of the Snatcher[1].” 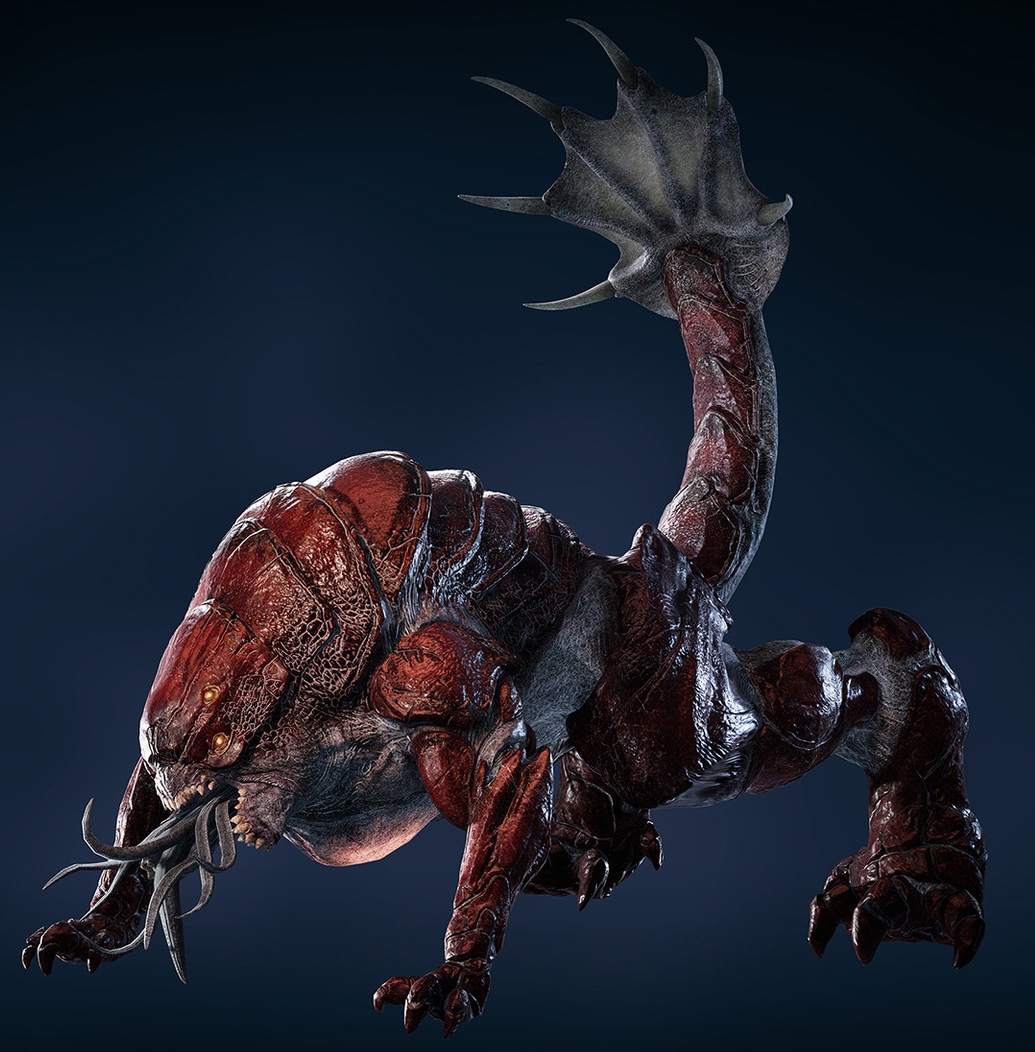 "Okay, you're a big fella. Easy now." JD Fenix addressing a Pouncer that had just leaped onto a car in front of him. The Pouncer is a Swarm creature and is the juvenile form of the Snatcher1. Its main hunting trait is its tail quills, which is able...

And yeah, Roanoke does think that Pouncers are juvenile Snatchers given their morphology.

I too miss the Bloodmounts. Classic Horde isn’t the same without them or Boomshields!

“Reminds me of the good old bad days!”

I’m having flashbacks of Gears 2 on the Day One map, setting up boom shields on the catwalks to try and survive the onslaught of Bloodmounts. Lol

Ditto Avalanche up at the Mortar spawn. I used to be a surgeon with that thing!

Weird because on Gears wikia, it said Pouncers evolved into Snatchers.

“The Pouncer is a Swarm creature and is the juvenile form of the Snatcher[1].”

That’s not what “evolved” means.

Unless any of the developers have actually confirmed anything I think anything else anyone else says would just be speculation.

I mean there’s been plenty of locust species that mysteriously disappeared with no explanation that I’m aware of, corpsers, serapedes, bloodmounts, reavers, tickers, just to name a few.

The hand wave explanation could be that we don’t have an analog to the Immulsion/Lambency parasite here on Earth to compare how it would evolve on its own, or with the impact of the Immulsion Countermeasure energy.

I do enjoy the thought experiments though (speculation).

Sorry, but some of his info is pure speculation.

Yes, the pouncer is supposed to be a young snatcher, but his whole snatchers used to be reavers thing literally falls apart when he confirms pouncers are young snatchers.

So what, reavers shrink down in size during metamorphosis, into a small creature, only to grow back to what it used to look like? He’s basing his argument on the legs and body shape, but a reaver is a completely different kind of creature. Also, the way the swarm work, the only time something reduces in size like this is when a human gets podded, then grows back a bit to normal human/Seran size after burrowing into a nest. The pods are designed to break down a normal human, which explains the reduction in size, then the eventual growth into a human sized creature again, but no such process takes place with pouncers/snatchers. From the little that’s known, they aren’t pod created, so the whole reduction in size just to regrow big again wouldn’t apply to snatchers.

Anyway, dude has some good points, but reavers and snatchers are two different species. It hasn’t been confirmed (and will it ever be?), but based on other swarm transformations (locust drones into scions, Brumaks into swarmaks, etc etc), that just doesn’t seem likely.

Honestly, I don’t think TC thought these concepts thru all the way when they created the swarm… they just needed new non-humanoid enemy types and were like, “hey this is cool, make that!” Without dreaming up which creature they could’ve evolved from. Where did the Hive Beast at the end of 4 come from? How about gears 5’s Kraken? Even the leeches are a bit of a stretch as to where they came from. These are just more than likely enemies that TC dreamed up with no real “they evolved from this or that” backstory.

That platform over the arcade…if you go over the cover at the end of it next to torque/longshot and sit right in the middle of it, nothing will jump over so you can blindfire scorch them. Just have to beware the kantus ink if they spawn on the road below you.

So what, reavers shrink down in size during metamorphosis, into a small creature, only to grow back to what it used to look like?

So apparently there’s a lot of people here that don’t understand the difference between the evolution of a species and a single creature’s life cycle.

Of course it’s speculating. We’re talking about fictional animals on an alien planet with an even more alien teratogenic parasite pandemic. It’s all good fun.

And then, in the absence of a fossil record or Word of God, who is to say that the Reaver wasn’t bio-engineered to fly by Ukkon? They needed a way to project air power.

Look, I enjoy Roanoke’s take on it, and imagine the concept artists for G4/G5 took a look at existing locust fauna and wondered how they’d iterate if they survived the Imulsion Countermeasure.

If reavers evolved to snatchers, then what did corpsers evolve into?

Good question. I miss them and Serapedes, too.

Roanokes theories are often nonsense. He frequently ignores lore [sometimes even obvious lore]. In one video he theorized that the Kraken was an evolved brumak, despite Paduk stating that the creature is ancient.