I sympathize with those that have no options but others shouldn’t suffer because you’re unable to get decent internet for one reason or another. While I’m lucky to be in an area with 3 options; Cable, DSL sand Fiber, it’s not like this for everyone. I currently have Gigabit Fiber hard wired into a high end Asus Router and experience a lot of lag issues in Gears 4. There’s no reason for this to happen considering my line quality is superb with no packet loss. I have a lot of teleporting and the reason is always clear - a player in the match is spiking. That’s not right. When someone’s ping fluctuates it’s not supposed to affect others anymore. This is why we’re using dedicated servers but for some reason it’s as if we’re on the worst connections host.

This is why they need to change the lag compenstation formula or trade window as they like to call it back to the way it was originally and let us pick our servers again. When i first started playing 2 years ago if i lagged at all i died or got kicked out of the match if it was bad enough. At the times when i could get a stable connection thing seemed to work like they where supposed to. Of course 2 years ago I was still under this 1 year contract that my internet company makes all new subscribers commit to so they provided a more stable reliable connection. As soon as my year was up lag spikes started happening all the time. I am so fed up with these guys trying to get them to fix whatever is going on that I even thought about switching back to dsl because at least it is a wired connection to the server.

I had an issue with Xfinity for about 5 weeks where my upload would drop from 25mbps to 0.08mbps with 75% packet loss. This happened between 530pm and 7am every night which was frustrating as I worked those exact hours and got home around 6pm. I verified the issues timing by checking my modem logs and the constant T3 timeouts every 10 seconds. The idiots at Xfinity kept saying it’s all good but a friend who’s a technician in another state checked my I account and it was a disaster to say the least.

Filed with the FCC and BBB. Corporate got back to me and within days it was fixed. The issue? A neighbor had a device activating within their home which sent ingress into the line.

I don’t have Xfinity anymore and couldn’t be happier.

That still beats getting killed by the magic-spin, mortar gnasher though. At least he was looking in your general direction.

Not a video but a screen shot of the end of a TDM with a kill stealer. Im number 2 on my team and he is last. Randoms

I refer you all back to this video… 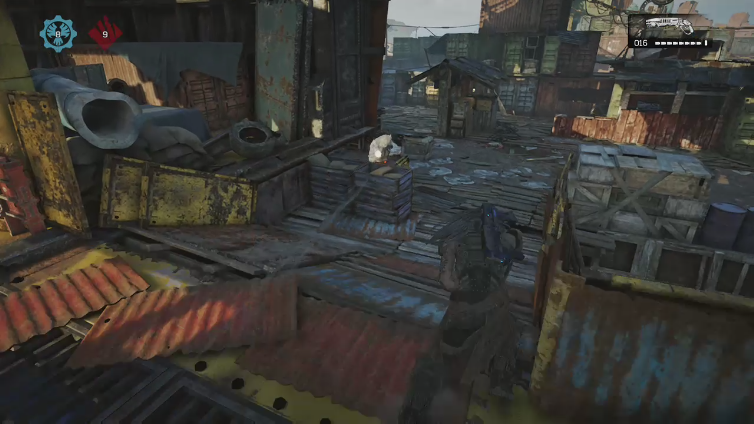 Beyond wound up with this shitfest of a connection. Time and time and time on losing teams due to the wankycode this game seems to runon. Waste of my fing time!

I think this wins the prize of most BS thread…

Reminds me of that nonsense a few months back:

That second clip… ■■■, what’s the point of waiting for a ranked match to finally get put in one that doesn’t dissolve, just to troll around like that…?

The lag is strong with this one…

…and here are some screen shots for your enjoyment…

Here’s a BS video of me…