Since it’s unlikely I’d say my time with this game is probably over.

I was playing solo Horde as I sometimes do, and the fabricator was destroyed.

Not a huge deal, but when I brought it back online it became an un-moveable red blob. Couldn’t be used from then on.

So your stupid “make fabricators breakable” literally ruined my game. Bugs like this are just poor quality control, and only exist because TC decided to change things up in an unnecessary, fun killing way.

Is funny they made fabricator breakable ‘cause a few ones use it to block entrances on a few maps, instead of fix real issues like crappy pc performance or teleporting enemies when you try to tackle them for example or net code issue, offline customization broken on LAN versus lobby…

Lancer animation interrupts causing reload has been in for almost over a year now, and they’ve had a trello card saying that it will be “fixed in a future update” for months now a short period of time.

I know but they must understand that tech issues are more annoying at least for me, in other thread there’s other users with the same problem with more powerful CPU and GPU than me.

The technical issues make the game unenjoyable and unplayable.

These “bugs” that can be looked at as fun by many aren’t a priority nor should they even be considered for a fix until the game breaking issues are fixed.

That includes PC performance issues and the Lancer reload bug. Fix these immediately. While I realize there are different departments for each change it’s a telling sign that they’d rather add a tuning that’s taken a lot of thought and work (which many consider to be terrible and I’m sure others great) but can’t fix actual issues.

Other demanding games runs more smoothly than this and I sent a lot of tickets and I only receive the same response “did the most recent update solved it?” And it pisses me more. Can they enjoy play a game with such bad performance? More than a year and I see less chance of fix.

This bug happens in full 5 people groups as well
TC is probably 99% artists and 1% programmers. Nonetheless noone at TC plays Gears of War

@Fishie_flop_oog have any thoughts here?

It must be fairly rare. I think I’ve experienced it once. Game breaking when it happens though.

Its issue after issue with this crap, how do people defend this pre-alpha game. After 6 games you would think they would have a clue.

Yes, stop lying Pounds means you are in the UK so you have NHS no doctor will ever charge you anything close to that.

While I appreciate the approach you’re taking here, the Lancer card was only recently added (I know that because I added it myself).

We absolutely do not priotize bugs in that matter either,

@Claw9700, I recall seeing a bug marked about unmovable fortifications just like this, I’ll chase up

When you fix the poorly PC performance issues maybe you can shut me up.

Now this is a stutter fest, my GTX 1070 isn’t precisely a low end card and my Ryzen 5 3600 can handle a lot of heavy games like Metro Exodus smootlhy.
Examples of horrible performance 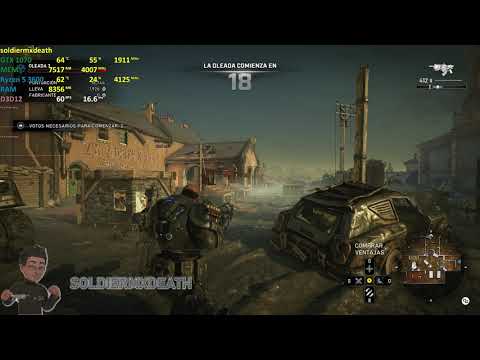 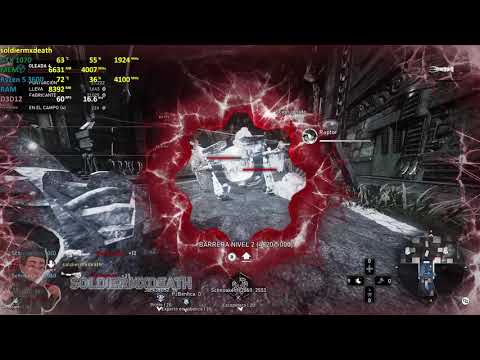 And Nvidia is also a poorly company that don’t care on fix this kind of issues.

As developer I would be more worried fixing this rather than stuffs that brings “advantage” on a PVE game mode. Anyway this will be ignored as Gears of War 4 BSOD issues that was neved solved,

This might be a hot take, but the fabricator exploit did not make the game more fun for me. In Gears 4 or 5. I am SO happy that people play maps besides Forge on Horde now.

But that’s not to say the bug of red fortifications shouldn’t be fixed. I was just very happy they made the fabricator destructible.

I honestly can’t tell that making it destructible changed anything. It can be repaired (usually). It still serves the same purpose. It’s rarely attacked.

As a matter of fact, the only enemies that seem to target it is leeches. Then it seems to only be if you are near the fabricator.

Drones seem to also ignore the fabricator unless a player is near.

This could have all been resolved if they just programmed enemies to climb over the fabricator, or side-step it.

Making it breakable has only ever caused game-breaking issues for me, it’s never added to the “fun” of the game, only took away from it. So in my mind it was just a bad move.

And even when the fabricator isn’t glitching and unusable, having it able to break has only ever resulted in massive quitting if it breaks mid-match with KO’ed players.

It’s enough to deter the act of leaving an entire entrance unguarded because the fabricator is there, and it’s enough for me. That’s why Forge dropped so harshly in frequency. Now someone had to stay on the left side to shoot leeches and trackers, which drew enemies to that entrance, which defeated the purpose of the exploit. Glad it’s gone.

I understand the negatives you guys are presenting. I’ve just only had the fabricator die like… I dunno. Twice? It never happens to me.

Only one I know who can fix broken and unmoveable fortifications is Baird. It happened during a run on Overload. Locker was destroyed and someone moved it into the wall where it could not be touch there after. I was baird and was using precision repairs and when I got a headshot I noticed the locker had health added to it and I could move it but I don’t think it works for the fabricator. Just a tip for anyone who runs into this problem lol.

Combat medic might be able to work around this bug with Team Repair but again I don’t know if it works for the fabricator.

Same happened to me.

Only really helps if you already have a Baird, though. And in my experience more people choose Del for the discounts.