Bring bernie back for G5/6 But base the look on GOW3 version,NOT the G4 bernie face OMG!

Clearly in gow4 bernie suffered a horrible battlefeild injury and a c rated surgeon did a face transplant that gave bernie some male dead gears face,dam she or whatever it was,was more horrible then some swarm enemies.but we know it was really that TC was just to lazy to do her face correctly,shes doesn’t look like this in gow3,she looks like a full woman there,not this gow4 abomanation she is here. 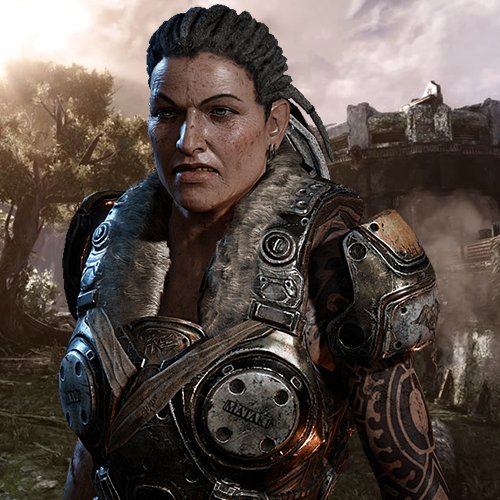 I mean her Gears 4 appearance had a more defined jaw and harsher eyebrows, but she still looks female, if not more brutish and (Russian?) if anything.

I didn’t think there was a problem with her. Just odd that she’s less pale.

I’d rather attempt to mate with a Berserker than Bernie but ya know inner beauty and all that.

A pity because I can do a great Bernie impression

I don’t doubt that

You mean you wouldn’t be able to handle her retro lancer charge scream in bed?

Look i heard and seen manly females bernie not one of them,she’s a islander not russian,she clearly very different between gow3 and g4 by manning her up in g4 they ruin her already establish look,this is like changing her gender in a movie or tv show.TC hey lets change bernie the woman to a man who’s a cross dresser know one will ever notice because of all of gow4 other problems.
TC figured since bernies a sniper no one would see her face change but they clearly fogot as a multiplayer character everyone would and could see the abomonation they tried to sneak by everyone.

That would probably leave me traumatised

She would kick all yer butts for gossiping about her looks…

I like Bernie and Sam they are my favourites. I did notice she looks different but Sam does too but not like bad different, newer games they cant look exactly the same really. Also she looks different when choosing her in the menu but in the game I think she looks better I am usually Sam or Bernie.

Sam looks fine no problem with her at all,totally lady like,but bernies is da’man in gow4 nothing like the woman she was in gow3.

I mean i can’t tell the difference, you could’ve just taken a recording of Bernie and played it too me for all i know

I think her voice with your face apposed to Bernadette’s face could make me more fond of the character.

Well at least the voice kinda fits gow4s bernie bro.No wonder bernie doesn’t talk much,this is what happens when gow4 bernie uses his/her mouth ummm ummm lets just say to(clears throat) to drink from to many manly straws to dang often.(If i have to explain what this means you shouldn’t be reading this).NEXT!

Did you get a peep at sams man hands. You cant unsee it.

Did you get a peep at sam s man hands. You can t unsee it.