It was there before Op5. Now it requires a connection to the servers.
Make it work like it used to. Please.
It saddens me that if there is no “gears server” - we don’t own anything besides the campaign. We can even play LAN with friends when there is no stable internet.
It was right there with Gears 3 and Judgment (and even horde was available).
Stop doing this to us, people with crappy internet…

I’m pissed to hear this…

I often play LAN once I get to (Onyx) in Ranked. Now I do have a steady internet connection, but still, them forcing us to be connected is really stupid…

You can’t even progress in Tour of Duty without a connection.

Unfortunately, this is the Future in gaming. As the internet in the early 2000’s was treated as an add on feature in Games, today it’s a must and pretty much all games are server based.

Only games that will keep the Offline awesomeness of the past will probably be Single Player RPG games. Sucks I know but this is what Gaming as a whole has come to.

The problem with the approach is that you lose ownership of the goods that you bought in the long term. Before you had the disc, but now you only buying temporal access, as long as you are willing to pay for the internet and as long as publishers keep servers on.
With purely online games, it was an honest approach from the start. But here we see that games that don’t require it to function properly implement these barriers anyway. They don’t want the players to own the data needed to have the full ownership.

I get what you are saying and agree. But surely you see that this is the Future in Gaming. Hell if I was rich, I would making games that you actually could play off-line and would advertise this. As, I know there is a strong demand for it and could make you a lot of money-as long as the game itself was half decent anyway.

But, the truly sad part is kid’s miss out on the experience of going to the store and getting your own copy of a game they wanted. They can just download everything now.

I can get why this is the future, but let us not lose our sense of ownership and humanity for just the simple stake in convenience.

Seriously, they need to fix this ASAP.

It worked fine last Operation. Literally up until the update last week it was available and suddenly they removed it.

No, this needs to be bumped.

Here’s an example of what we’re talking about: 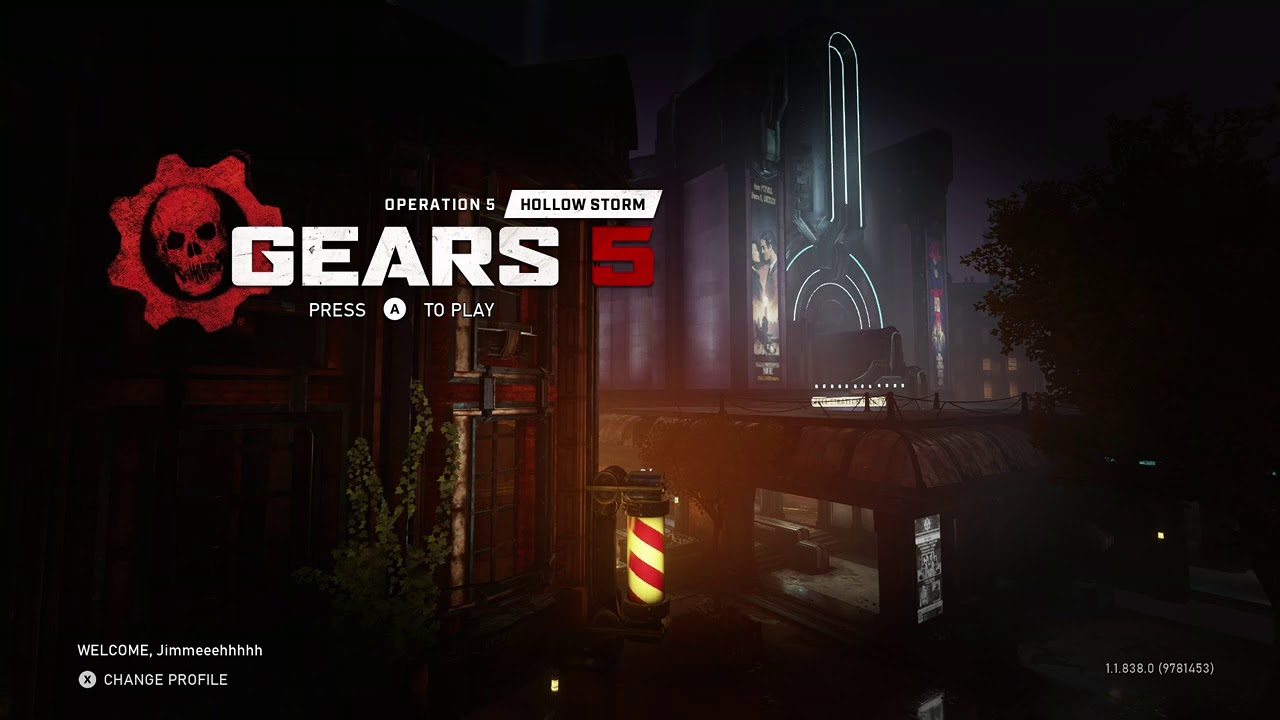 I’m starting to think the New Game+ feature broke this since it lets you customize skins in campaign, a mode not known for customization.

Something’s gotta cause the bug.

might be related but Gears 5 uses cloud computing to help run the game. this is why you can’t play Escape/Horde offline solo.

weak XB1 hardware holding it back

Wow i spend a lot of Money 4 the Chars, in gears 4 too, and I allways looked proud on these collection I have a lot of issues with the Internet so I use the offline lan mode very often with friends , why thought Microsoft and co are finally on there way , man all that money I feel so stupid I stop That now!!!

Man, that’s so ■■■■■■ up!! Can’t enjoy your skins anymore if you are offline no way to play or watch them in offline lan modes even the so expensive chrome steel character skins can’t understand this so you can play this stuff as long you are online or the servers a shut down , if this were known before I never Shopped that stuff but I couldn’t read something about that in the store , that’s no way to make business ,

Is unacceptable specially if we already paid for a game, this isn’t a free to play or any other kind of crappy model, is de today’s tendency of always online and all that bs.

A game being able to be playable offline doesn’t hurt anyone, at the end is a damn game to have fun, not a damn competition of who earns the rarest skins or if an user got the skins with hacks or whatever, all time and effort doing this bs instead of improve the game itself is just pathetic.

Btw I never spend money on digital stuffs, I only buy the game and maybe if the dlc is like an expansion, I buy it too. Spend 10 - 20 USD on skins is a big NO, I prefer buy another game with discount.

When TC took away offline mode they showed they only care if you play online so they can suck every penny they can get from your bank account.GOW6 may just be DOA i’m tired on online only crap…