Breechshot was a way better cooler gun than markza. Let’s talk about it

I think the bolt action rifle from judgement called the breechshot was one of the coolest guns introduced to gears of war. Mind you I wasn’t too fond of gears judgement but it had some things that were special. I would go as far as saying I like breechshot way better than the markza (also a gun introduced in judgement) and maybe even cooler than boltok (I love my boltok and markza is somewhat necessary so not trying to say get rid of anything).

Also seeing a bolt action rifle in gears adds to the sense of grittiness and gives the guns a level of believability and intensity. Excellent gun and sound effects to add to the gears world in my opinion. Action packed moments of being rushed when you pick that thing up will give you a good panic sometimes . Seeing a locust try to rush you will give you a good scare mid shot as you’re pulling back on ur bolt action

And this may be a bit off the rails here but you know I always fantasize about how cool a gears-like game would be with some real life weapon models. Like imagine having a pump shotgun instead of the gnasher or a actual magnum or desert eagle in a gears game instead of a boltok. a glock instead of the snub. M4 instead of lancer if u could somehow pull off keeping the chainsaw bayonet lol and perhaps my favorite swap would be a RPG instead of a boom shot and so on… you can use your imagination haha. Perhaps even some light weapon attachment customizations. Just a thought. I mean I was extremely impressed when the hammer burst had first person iron sights in gears 3 I can picture a red dot sight or some 2 x scopes extended mags or something mild like that ya know??? In fact I wanna say in one of the gears games the lancer actually DID have a red dot sight for pure cosmetics.

Now I know that will never happen and maybe it doesn’t need to happen and fans might hate it ok I get that however! A good gears of war spin off that has nothing to do with gears would be awesome as well. Like just for example and I’m sure they could think of something better but for the sake of discussion like idk TC third person game on the gears engine. a ww2 game or modern warfare type of weaponry for example with predominant gears mechanics and subtle changes. Just brainstorming here.

What I’m saying is. you can milk the gears formula of gameplay and movement by making other third person shooters. A spin off with a very close and similar feel but change the pvp game modes up to be more like traditional shooters and not like gears of war. while shaking things up a bit in terms of gameplay mechanics. And this might create a safe space for you guys to brainstorm things and improvise new things that you can consider implementing over to gears. I can give a good example. I’m this game you add a prone mechanic and now u are changing level designs. These things may receive so much positive feedback from the community that u decide to figure out a way to put this prone mechanic in gears in the future.

Thank you all for your time and thanks for reading hope these are a good read I’m doing my best to text this from a phone. don’t have a pc built yet so bare with me for the year. These will get more formal in the future but for now I’ll try my best texting my thoughts out to the community through phone lol. Peace and love take care and let’s please be respectful to eachother. But yeah my main point here was really about the breechshot cool gun liked the sounds think it would have a good impact on the game am I wrong about that? What do you guys think?

Good post, interesting discussion, posted about multiple times but this is the furthest in depth post I believe. (Could’ve used search engine still BUT HA DELTA PROOF HE CAN LEARN WITH ABUSE)

BUT HA DELTA PROOF HE CAN LEARN WITH ABUSE)

I think treating him with respect and kindly nudging him in the right direction also helped.

No don’t say that to vegeta HOW DARE YOU. 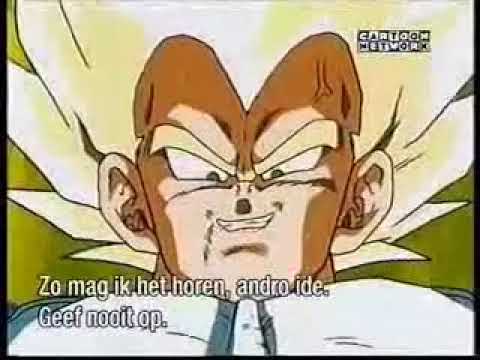 Back to on topic: Would love to see the breechshot make an appearance

When the achievement list came out before the game, I saw that there was one for relic weapons. Also, in one of the newer books, Del and JD (I think it was) find a Breechshot close to a hive. I was really hoping that these “relic weapons” were going to be some of the weapons from older games. There would be so many to choose from. Breechshot, digger, gorgon pistol, sawed off, precision hammerburst (the semi auto one from Gears 3), cleaver, ink grenade, booshka, scorcher (which wasn’t in Gears 5 at the time), one shot, mortar, vulcan cannon… you get it.

Seeing as we would be visiting familiar locations AND that not all of the Locust were dead after the countermeasure, it would have made perfect sense if some of the old weapons were available.

I liked the majority of these weapons in the other games, and also enjoyed the breechshot. I would love to see it make a comeback.

Yes I agree with you but you see now im trying to restrain myself from thinking about how much I love ink grenades more than shocks but that’s just too much of a painful thought. Ever since the day I played gears 4 and saw no ink grenades I was really really sad and seeing flash grenades really really made me sad man lol it’s freakin depressing and I also miss that single shot hammer burst and the sound it made. Man those things would be so cool to have in next gen polished graphics.

I’m wondering why they left kantus enemies out too including inks and heals, weird design choice not to try to include tgem.

Semi auto hammer was the best, I like this variant to but nothing beats my gears 3 hammy

The markza isn’t a gun, it’s a comrade

Del and JD (I think it was) find a Breechshot close to a hive.

They do, in an old COG vehicle. Specifically one right by a burial site, if you want that sort of detail.

What I’d prefer the most is having the Markza with scope while the Breechshot is its polar opposite. The current is a weird hybrid treading the territory between the two guns while it doesn’t really excel at anything, neither damage nor long range accuracy.

I say we just give the breechshot a warm welcome man. Maybe we can agree to address tuning it after?

I say we just give the breechshot a warm welcome man

also quick message to moderator delta. You see I wasn’t “nudged in the right direction” by daxter though he does need to understand he was disrespectful from his first comment. other several people before him were more respectful with similar complaints let’s just be clear I made an effort to honor their respectful criticism. Daxter your “abuse” didn’t do a damn thing. But surprised about you leaving an actual compliment didn’t think you had it in you so thanks. Back to the topic…

I’d be all for the attachments idea, if only to break up the monotony of everyone having the same milk-toast loadout.
The option to add a scope (back

) to the Markza, a select fire function to the Hammerburst, a Gut-Puncher (grenade launcher) to the Retro Lancer, etc. would wonderful.
I could definitely see it getting out of hand though, so it’ll likely remain a pipe dream. It’d be hard to balance.

Yes we got some serious solid merging of ideas right here I love it. All sounds like exactly what I personally have in mind I agree and love that you guys are educating me on some of this lore to give these guns and ideas more validation. I love this. Also if we’re going down the rabbit hole of being open to weapon attachments I’d like to add something. I could picture bayonets being considered an attachment. chainsaw on the lancer being an option, consider allowing it as an attachment on other guns that can be swapped in as your primary rifle as well. Maybe on the embar or hammer burst or speaking of the breechshot it has a blade that looks like it could be swapped for the chainsaw. Idk how they would implement attachments but these are some rough ideas.

I used to love going on a headshot rampage on overun , bring it back already. Especially seeing as the Markza has been reduced to a potato gun.

Did you ever play spec ops or army of two on 360 ?. A little dated now but probably the closest thing to what you suggested that’s already been done…I recommend both…not bad games…