Man, I sincerely applaud this man. No, some of the specifics implemented into the game were not ideal but his general approach was good.

This is what started the conversation: 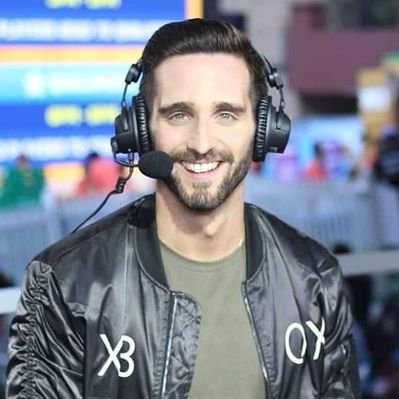 Hot take: The biggest mistake game developers make is assuming they know their game better than the people who have played it for thousands of more hours than them When a Dev's ego gets prioritized over community feedback, problems occur

Hahaha. I feel you 100% It's one of the biggest and most unique of paradoxes for any creative industry The developers make the game, but truly don't know it as well as their consumers Film makers know their films best Musicians know their music best But not game devs

Some of his responses:

@Falloutt @Decadence_3 @CoalitionGears I assume you’re talking about me and my ego / ‘not listening’. This kind of dev bashing is unbefitting the ‘biggest optimist ever’. Maybe if we had more direct conversations instead of marketing fluff and passive aggression we would have gotten further.

@Falloutt @Decadence_3 @CoalitionGears If not me, then who were you talking about? I was largely responsible for the good and bad until I left. whether It ended up the way you personally wanted or not, my intention was to do the largest good for the largest number of players. To say I/we didn’t listen is demeaning.

@Falloutt @Decadence_3 @CoalitionGears Because there are outspoken competitive players who feel they weren’t listened to, doesn’t mean that ‘the community’ wasn’t listened to.

@Falloutt @Decadence_3 @CoalitionGears Then either they are fooling themselves or are whiny babies. There was a ton of time and energy put into listening and addressing their issues on 4 and 5. So I see, the ‘community’ is only listened to if you and your friends dictate what everyone else plays.

@Falloutt @Decadence_3 @CoalitionGears Who should be listened to Jon? Him or your friends? Based on what you’ve said it should be your friends. You can’t have it both ways. Are players who preferred a version that was changed to suit you being listened to or not?

Someone give this man a beat right now, he rapping. Anyone here beatbox? 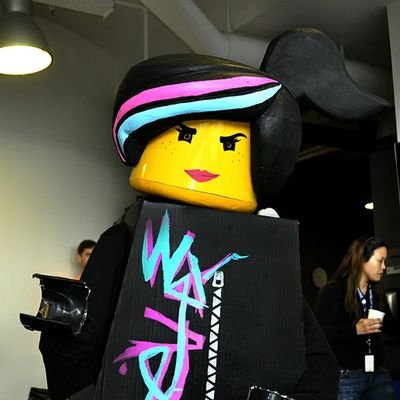 @RyanCleven @Falloutt @Decadence_3 @CoalitionGears @pskude This thread makes me sad. No matter who was right or wrong or what turned out well or didn't turn well, you both cared deeply and were passionate and worked hard. I hope you guys find time to talk offline.

great point here about who is minority vs majority

@LiKeBuTTeR9 @Falloutt @Decadence_3 @CoalitionGears I could say the same of you. I think you are using the minority community around you and are extrapolating it to the majority But yes, it’s almost impossible to communicate how hard it is.

@LiKeBuTTeR9 @Falloutt @Decadence_3 @CoalitionGears The thing I hope I can communicate is that those hyperbouncers are also legitimate gears fans and players. They may also outnumber you.
3 Likes
The Big Tuning Thread
HerrKatzchen (HerrKatzchen) January 25, 2021, 4:54am #2

Do you honestly expect me to decipher this mess?

eh, it’s probably best to click on the links to see it more clearly. i just wanted to post Cleven’s side on here for reference of the former pvp designer

the one thing which popped out to me was this:

So this, to me, translates as “I did the most to help the average people in the middle have a good experience”

So not quite “game was aimed at noobs,” but definitely “game [i.e. movement, tuning, etc] was NOT aimed at the skilled players in the right end of the bell curve”.

Their mandate was to increase player count. You don’t do that by creating a difficult game where you keep getting killed while you are learning, not with the players how they are now… NO one wants a CHALLENGE, they want everything made easy, for fun… (for most part).

Interesting note: all 3 people you have quoted are former TC employees.

that stood out to me as well. shouldn’t that be the goal? interesting seeing this conversation and everything that has been talked about in the big tuning thread.

— The problem for Gears of War. 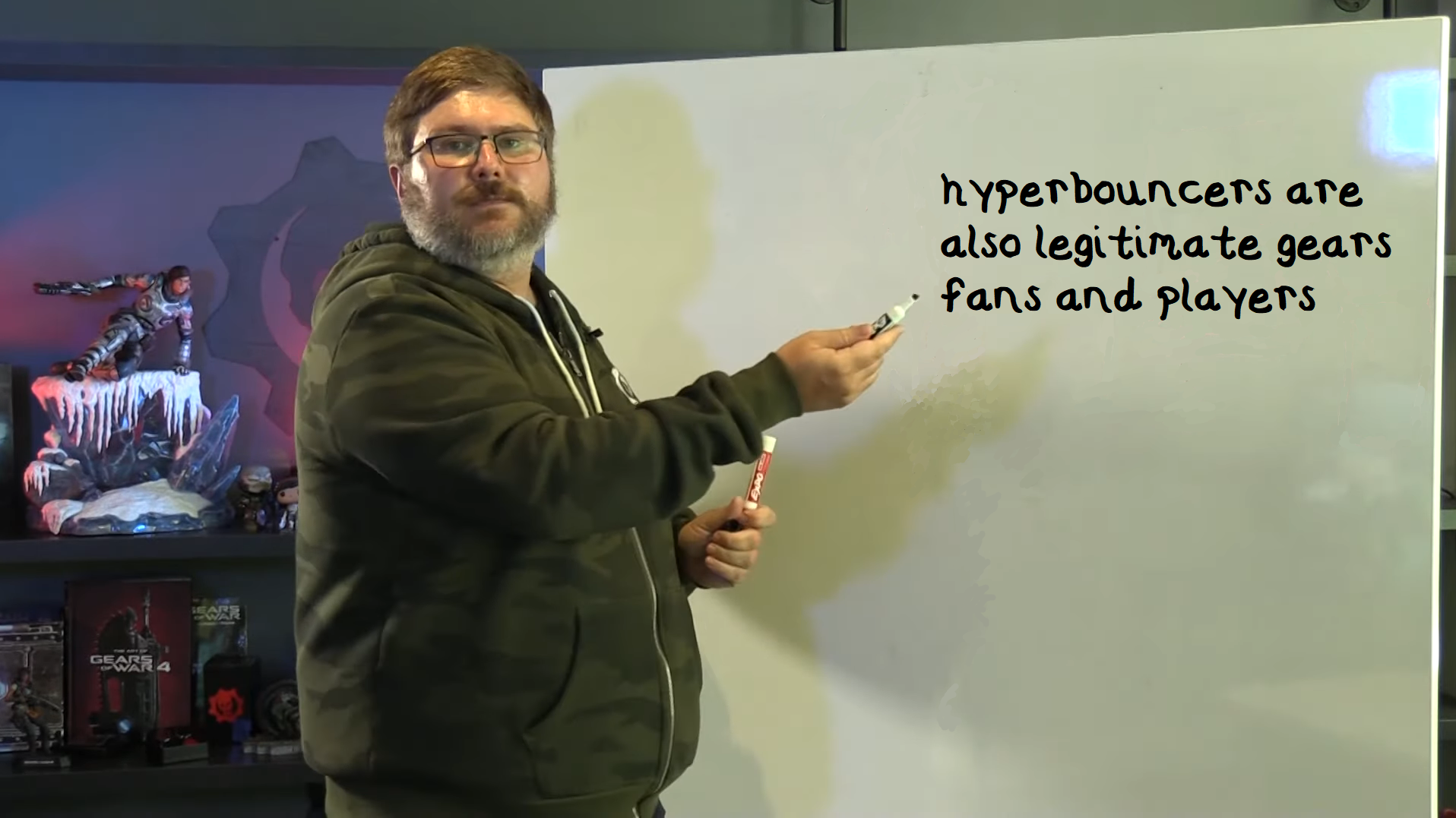 I am all for devs making changes to their games because things can be bad or stale or just right out broken and a change is needed whether some players like it or not. The only thing I ask of devs is to provide the evidence to support said change.

The most truest thing said in this conversation is that competitive players dont know what they want.

So this, to me, translates as “I did the most to help the average people in the middle have a good experience”

Makes sense. You gotta go after the players residing on the mean of the bell curve, because thats where majority of the players reside(within one standard deviation on either side of the mean).

Curious how this discussion is popping up around here and has been addressed by someone I also watch on YouTube regarding a different game about the players who bother to try understanding game mechanics and learning them to be better at it but are few in number opposed to the majority who don’t really care and mainly just want to play the game for what it is worth(and I can’t blame them for that because it can make the experience much simpler/enjoyable not really caring if there’s any deeper aspects to something… but this also can be rather infuriating to those few that bother with those).

Or maybe curious is the wrong word to use because it’s to be expected.

yeah, I think the issue here is that there will always be a separation of those who want to get better, understanding the game mechanics, and those who just want to pop into a game and play for fun, using “random button pressing” approach to game play…

There’s nothing wrong with that, UNTIL the random button pressers insist that they NOT be at a disadvantage against those who learn the mechanics… As soon as that happens, the developer wants to carer to those, the mechanics have to be greatly simplified, and the advantage of knowing how to use those mechanics rendered impotent, as to ensure that the random button pressers have a “good experience.”… The game skill set becomes very shallow… it will never be zero…

I liked GoW4 PvP… It was HARD to get good at it, but it was fun learning (and getting killed over and over, until I got it)… I guess TC wanted to spare people that part of the journey… just download the game, and you can play immediately…

That is the unfortunate reality of the situation.

I see where he is getting at and tbh, I think it would’ve worked.

Yes that was always clear and when you want a franchise to keep growing, this is the right direction. The issue is they leaned a little too much towards new players at launch but with each update they got closer and closer to a good middle ground.

And ultimately I believe that’s where they’ve landed now. A tuning that can still cater to pro/advanced players while still inviting to newcomers.

Mod hat: Edited as this is more a ‘general discussion’ area, not Gears 5 only.

This discussion is specifically about G5 PvP, lol…

Bringing in a Twitter link around individuals that are not currently involved with Gears 5 discussing a lot of things that are not just about Gears 5 makes it a ‘General’ discussion.

What a mess. It’s just dumb posting and people not listening to each other. Ryan says something and people jump on him and say :no this is why:.

Ryan’s overall point that trying to cater to everyone is hard to do. Million different threads all being pulled in different directions. Yet within those threads you do get common feeds.

Should pro players be listened to? Sure. Avexies saying you should have less aim assist in wall bouncing makes sense.
That slower game play makes you think more tactical is wrong. It doesnt. He is already in that mindset because he is a pro…its his job. I played last night and my mind wasn’t on tactics. It was on winning and having fun with my friend who I haven’t played with for 4 weeks.

But on the flip side hyperbouncers who say they should have the freedom to wall bounce till you puke is also wrong.

Playing the weekend I learned the tuning is bad in a lot of areas. The lancer is worthless unless you have team support. There is no reason. No reason why someone should be able to run up to a boom on gridlock, stand there, press x as I lancer and walk away with it. Not when I’m shooting from the cars. That drop off isn’t enough. If inwas at the stairs by boltok I would gladly accept this result.

Who ever created the beta tuning should never have listened to whomever had their ears.