Rod and Mike were at AMDs Press Conference and talked about Gears 5 PC.

This thread is for the small number of PC players or anyone whose interested in the PC version of the game - @Krylon_Blue a lot of great stuff you can look forward too. And @mike_yaworski something for the PC players.

-All Cutscenes and Gameplay will be rendered in Full 4K HDR in Real-Time on PC!!

Skip to around 57 minutes for the Gears 5 Segment, this was featured on AMDs show which wasn’t all that surprising even though Gears 4 was heavily marketed with Nvidia (they did a VERY in-depth look for Gears 4 at launch) 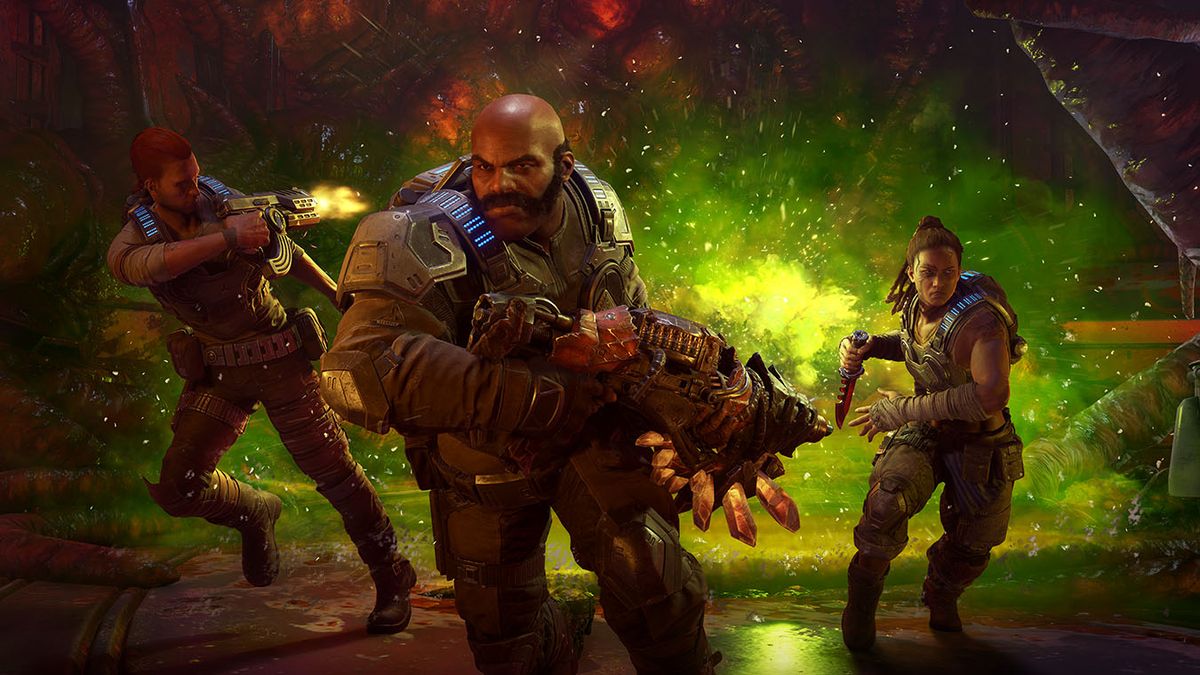 A nice feature for a predictably beefy PC version.

I remember Gears 1 split screen back in the day

These guys are just amazing.

The guys that pushed for splitscreen on PC aswell. I can imagen the laughs they got for it.

I will force all my collegues to play it. They will not have any excuses anymore

Thanks for the tag @III_EnVii_III.

(Don’t mind it being on the floor. I was doing some modifying at that moment. It’s not staying there)

For a few minutes. It was 4am when I got it all installed and ready to play due to the large downloads and windows updates.

What a world of difference it makes to how smooth the game is!

Yes, plus that 3 frame buffer being non existent on PC is definitely felt.

Also, when you get a chance just PM me a screenshot of the benchmark

Looks so much better without heatlh bars and flying numbers

That’s really good news for me that I don’t have an Xbox anymore!

Will have to see if it’s in MP.

I don’t know what that thing is on the Horde picture, but it makes me very afraid…

Considering how much they have kept this game under wraps- game releases in September and we havent seen anything except Escape means 1 of 2 things:

Im leaning towards #1 because this is a flagship title, and the fact that they have pros trying the MP in a month first before anyone plays it means they have confidence it is great. If the pros play it and say it was horrible this game is going to bomb.