We’ve been asking for it for almost ten years now.! And I think the time has finally come.

We need Bender in Gears 5 fighting alongside his DB robot-brothers, so he could fulfill his lifelong dream of killing all humans! (except Fry…)

Since we’re getting T-800 (Terminator) character skin, why can’t we also have Bender? I don’t think John DiMaggio nor Fox Entertainment would mind sharing this awesome character. (Just in case you didn’t know - DiMaggio voiced both Bender from Futurama and Marcus from Gears of War).

His lines could be:
“HOW CAN I BE SO BAD AT EVERYTHING I TRY, AND STILL BE SO GREAT?” - killing someone with Gnasher.

“OF ALL THE FRIENDS I’VE HAD, YOU’RE THE FIRST.” being revived by a teammate.

And many many more! Now that you added emotions to multiplayer, perhaps he could cite some of his best lines out of context. (Like famous theme park with blackjack quote) Or there could be a reference to Marcus Fenix or DiMaggio!

Please, make this happen! I’d happily buy or unlock him, even pre-order! You’ve got to make it happen.

Guys, if you support this idea - #BenderGears5! I hope we’ll have support from famous YouTubers, such as SASxSH4DOWZ or MooMooMiLK and others.

Based on that pic alone, to not support this would be madness.

Thanks for your support)
Here’s another I found, though it is more like homage to DiMaggio’s most famous roles.

Yeah, we had Ice - T in GoW 3, Run the Jewels in GoW 4, now T-800 in Gears 5. Perhaps, another guest character would spice up things a little bit

Yeah but Terminator sort of fits the Gears feel. And Ice T was a voice cameo. Adding Bender would be funny, but feels more like a Mod you’d find on YouTube alongside “The Hulk in GTAV!”

You are obviously downplaying and underestimating Bender’s vast internal rage. There is no remorse in there when he saws you in twain.

Yeah…but that doesn’t make it fit. It’s like putting BJ Blazkowicz in Gears because he murders. It doesn’t really matter.

Master Chief doesn’t really make sense either but he’s Xbox…so…
I’d rather have Chief and a Gearsified Spartan than Bender and Terminator.

For the memes! But only when they’re funny. I did like the King (Don’t know his name) when he says “Not my first rodeo you know,” referencing Marcus. Even if the joke was kinda lame. And Bender’s cool–but he doesn’t fit Gears. Maybe Gears POP or something. But not like this.

This would be awesome but unfortunately bender belongs to Disney and they most likely wouldn’t say yes to the idea.

Damn…I made a Gears themed Chevy in Forza. Too late.

Except, Matt Groening owns more of Bender than Disney does, technically speaking, if Matt really pushed it he could get Disney to sign onto such a thing.

But that’s a hypothetical, and I don’t want it to happen (not like it will).

But be glad Disney knows that it can make R-Rated films. Like Deadpool and such.

“HOW CAN I BE SO BAD AT EVERYTHING I TRY, AND STILL BE SO GREAT?” - killing someone with Gnasher.

“OF ALL THE FRIENDS I’VE HAD, YOU’RE THE FIRST.” being revived by a teammate.

LMAO That is gorgeous… I love u soo very much right now.

Might as well add Gearhead from Rick and Morty. He can talk to us all about the Gear Wars in his voice lines. 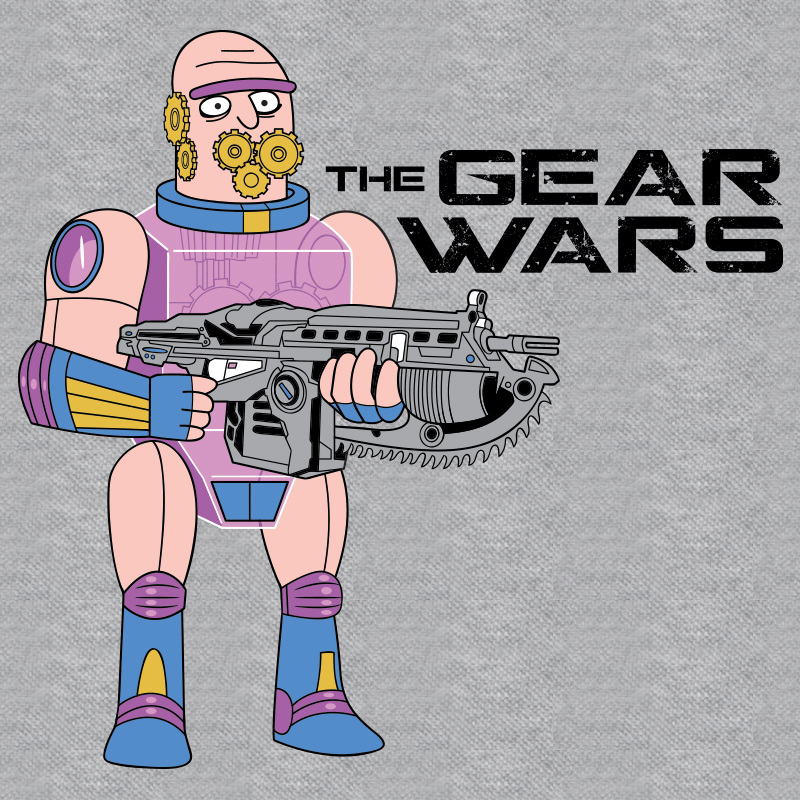 we’ll have support from famous YouTubers, such as SASxSH4DOWZ or MooMooMiLK

And Shadows and the other YT creators are very vanilla. I’ve never seen a criticism, not at least the the honest criticisms you’ll see here on the Forums from them.

It’s like IGN/Kotaku/Other Gaming News Outlets, they always side with the company, never critiquing so they can keep their special access. That’s why I always come here for info, instead of waiting a week for a video of some guy reading the exact words TC put out with very little opinion from the creator other than “Bro that’s dope/cool/awesome.”

My little sissy pony would be more appropriate for GoW.

I have that Cartman action figure, he is Awesome, obviously