Be thankful of TC and TC do something BIG

I have read quite a bit on this forum today and this is my first time here on this forum, but I hear a lot abt how TC always disappoints, and I do agree that a lot of things they do can negatively impact others or is just down right underwhelming such as the anniversary thing, but guys u need to give TC some credit, they’re trying to fix the game and make it better, for u and isnt that what u want? For them to fix all the problems? They’re trying so dont bithnitch abt how everything sux that doesn’t help as much as stating the problem to them, y it’s a problem and what u think would be better.

And another thing concerning the anniversary a personal opinion of mine intended for TC to see, ik u guys r probably more focused on fixing the game and all but y not take time away from that and focus on something to make the fans hype for, like an actual event that will keep them interested have a special gamemode with special rules since it’s the anniversary make it b-day themed and have special rewards for completing themed objectives u know event items and I wouldn’t blame u for saying that asking for a bit much but come on people r losing interest u got to rejuvenate that interest somehow u gotta do something that’ll make the fans say “man, I would really like to play some gears 5 rn!” Something that’ll make fans say “ooooo that seems really fun! I gotta do that” u know?

Like as an example idea, let’s say it was the anniversary of gears of war 1 the celebration of the entire franchise as a whole what if there was a special horde mode that had every single enemy unit from the entire franchise and whenever u got a certain number of kills on a certain unit u would unlock a bio that let’s u read abt that unit and add details on how the people working on it came up with that idea and what they were going for when they were first making it. U know what I mean? Something that celebrates every aspect of the franchise, and for the anniversary of gears 5 specifically do something big that represents the success of gears 5 or something that maybe adds on to the lore of the game or something eventful!

I mean come on all u did was more boost (which u give out for almost every occasion) a weapon skin and a sweepstakes? The odds of winning that is so miniscule how would anyone get that excited over something they have almost no hope of getting? Anyway I just needed to rant my ideas and opinions, and my God was this a long post if anyone reads the whole thing before commenting I will give u a UIR salute if we meet in multiplayer. Also I hope TC sees this because they really need to do something BIG for once

I wonder man if you could break it down in paragraphs… I mean I got lost in such a big chunk of text !!!.

Its like climbing the Burj Kalifha without any security equipment .

Oh, that would be scary stuff

I always get a laugh whenever I see such a wall of text and the replies of breaking it up. It almost makes up for the awful one year anniversary… almost

reading that wall of text felt like this man : 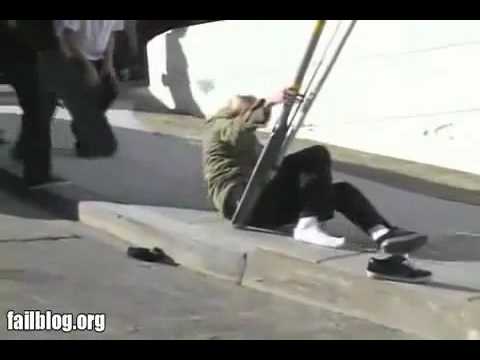 I all that thought and effort into this and this is how people reply. Nothing abt what I even said

The reason for this is simple. Not many people are going to read a very long wall of text with zero paragraphs. This isn’t meant as an offense, but putting a more proper structure into your text will make people willing to read your post and see what the point you want to make is.

Well, yes, we want them to fix the game. People on the forums have been more patient than most on this. The majority of people who have played Gears 5 have left. Never to play the game again.

And yes, the forum community has pointed out issues, as has the Reddit community, but when there are issues that are still in the game from day one (most notably the campaign issues), then it gets a bit beyond a joke for a AAA studio funded by MS.

It’s a little difficult to have hope for these anniversary updates when most people have seen the same from TC for 4 years, maybe more.

And this is a prime example of why a game should release as a polished title. TC have been playing catch up in Gears 4 and now in Gears 5. It’s hard to play catch up when your game releases fundamentally broken out of the gate.

My friend @T0NY_HAYABUSA its Burj Khalifa …

I’m pretty sure no matter what TC does, people will pull out some negative thing and harp on that - beat the drum ad infinium. That is until the next thing to ■■■■■ about rolls around.

The problem is they screwed up the game royally. We are a year in and day one problems are still present. Or they fix it and then break it again. They drove off the playbase as a result, the remaining players just want the game fixed. A fancy event isn’t going to cut it if the core game is the dumpster fire that it is. There is no more casual audience. Casual audiences don’t stay so these delays, and slow movement need to go like yesterday. Gears 5’s failure is a testament to TC’s arrogance. They don’t know whats best for the game. The community has been trying to guide them but they don’t listen. People got frustrated and left. Xbox X series comes out soon and a flurry of games and gears 5 will probably sit on my shelf again and I may not be back. Thats not to sleight TC but I’d rather spend my time on a game that isn’t broken and I can enjoy for hours rather than a game I can only tolerate for a few matches and then I am annoyed.

TC deserves no credit. They need to swallow thier pride. Admit they made mistakes and fix them. They fail to acknowledge the problems which is frustrating. Gears was a failure the numbers show it and game media can praise a game they have not played in several months, its not the actual story. If TC dosent want to go work on hello kitty island they better get it together fast because we are not sure if most will be back for 6.

They are trying to fix stuff that should have been since day 1… the original plan for this game was different and you can tell it, super lacking in content just to justify “free dlcs”. They obviously planned to make a super noob friendly game and cashgrab from them by making skins you could only get with real money.

-Remember how the game launched with less than 10 characters for multiplayer and 4 of them arent even part of the franchise?

-But what about the campaign skins?! Oh they were locked to temporal ToD… release them for free when they are already in game? Hell no man!

-Oh but they introduced the totems so we could get them without spending a single cent!! Yeah with super grindy challenges that ultimately forced people to buy them instead.

Yeah the game was super lacking in content and lowkey it still is , why? Because they are practically focusing on reworking everything from the OG plan.

Gears 4 ended in a practical perfect state just to copy paste the pvp into another game… but they didnt, and this is what they get for not fully understanding gears and trying to force a phylosophy that just didnt work for this franchise.

Sounds mean i know, and people say that all the users do in the forums is complain, but if it wasnt because of these complains and feedback im pretty sure nothing would have changed in favour of the good.

Sounds mean i know, and people say that all the users do in the forums is complain,

I saw a Facebook post today about the Gears 5 anniversary from the Xbox account. Not one singular comment was positive. That says an awful lot about the game. It’s not just the forum the game sucks as we all know and TC has no one to blame but themselves. I could overlook the obvious cash grab stuff if the game worked I am sure that was most likely pushed by Microsoft everyone sees the ridiculous money fortnite pulls in and everyone thinks they can copy. But they betrayed the fanbase and now we are here.

Its pretty much the same thing on twitter too. And I wouldnt doubt MS had something to do with it. But the current state of the game is what happens when you try grab more casual players,it had a good player count at launch because of gamepass, but what about now? Yeah matchmaking times say a lot regarding that issue…

Lmao this guy flagged all of the coherent replies.

Could careless for boost, exp, or anything … want to play tdm with my friends.