With the introduction of the new Beta Playlist settings, the community has quite a bit to discuss! On this week’s stream, Dana is joined by Michael Shannon (Level Designer & PvE Lead). They answer your questions about the Beta Playlist.

As usual, I’ve clipped out the important parts for your viewing pleasure!
Enjoy! 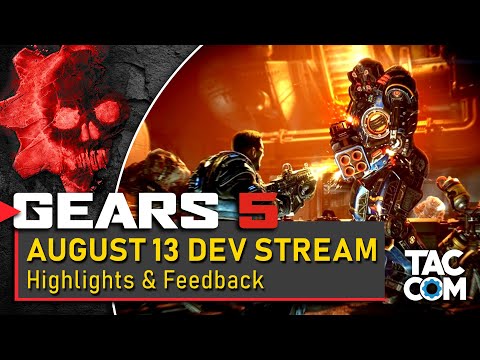 Also, don’t forget to tune into the live stream later today where a few of us community members will be discussion the community with Dana!

I thought you were the Goblin Queen?

Hearing them talk about the upcoming decoupling of Classes from Characters, I’m beginning to feel sad. I know it’s a popular decision amongst PVE fans, and truth be told, I was very critical of the Hero system around the time it was announced and also when the game first launched.

But having said that, I’ve grown to like it. I’d go as far as say that I’d like to see the Hero system stay if TC could somehow speed up the process of creating Heroes so we see a faster release schedule. To me, this is literally the only flaw in it as things are.

BTW, Swartz has been posting that in the group chat every couple of days now.

My work here is done

It doesn’t personally bother me much…but I know A LOT of people really want to play as their favorite character, but hate the class it’s locked too.

If there was a decent number of classes at launch, and they were all balanced and fun, it may have been different. It also would have been very different if classes were only locked in Escape.
The real issue is that they’ve taken the freedom that everyone is used to, and now added some restrictions.

Yeah I udnerstand why people want this change.

I guess for me personally, although I have my favourite characters, many of them aren’t actually in GOW5 at this point (Hoffman, Tai and Sam). And in terms of classes and roles, I’m very versatile and am not restricted to having to play as a particular character all the time purely because of the role they fulfil. I get that some people are much more fixed in what roles they rpefer to play.

I’m coming round to the decoupling, what I don’t want is multiple people playing the same class. I didn’t think that was going to be an option. I don’t think that should have been done in one step. Created themselves a load of rebalance problems when all I ever saw people ask for was to play a skin they wanted.

Now you can see a situation where they have to nerf powers in case there are three or more of them that then makes that character useless in a varied lobby.

Thanks for this - it’s a big time saver to have highlights in lieu of all abundant lights.
There were a lot of exciting and cool things here too

This was a good stream, actually. I appreciate Michael’s effort in answering all the questions and also showing where we’re headed. I hope this continues.

“shotguns would do ten times damage if cloak is active”

Too bad it ends whenever you shoot at anything and that Mulcher or other Scion you just tried to spank in the back gives you a b… slapping instead.

And it’s not actually confirmed, they just said that’s a possible thing they were working on.

Not sure if I feel too positive on the whole duplicates are allowed as much as possible. Not because I’m a believer in those restrictions but because it seems like a balancing nightmare and because it will inevitably result in nerfs to things that don’t need to be nerfed when they are considered by themselves.

Tbh, I never really got the whole passives and perks concept. It seems like just an excuse to add extra powers onto a character that they didn’t make a card for and to bypass the limitation of only five cards. Why not instead, just make everything cards and up the loadout to six cards? Eh, maybe no one agrees with me. Just my two cents.

I’m aware that it’s not confirmed., and if you’re doing ten times damage with Kait’s insane shotgun damage in itself you’re probably half barring bosses and oneshotting anything that isn’t a boss.

And they should have restrictions, a 5 Marcus team sounds so toxic and just braindead.

And they should have restrictions, a 5 Marcus team sounds so toxic and just braindead.

But they already said they will rebalance those powers so that’s not an option to be completely OP. Which worries me for how that destroys the meta for people who will play with only one of a character.

I believe that as it stands right now - you can currently run same characters as long as they have different skins.
I just finished a match at lunch with Major Paduk and Old Man Paduk.
I may try to do an all Marcus speed run on the new map after work to test this out.
It might be worth capturing video because I can imagine getting stupid crazy with this.

They haven’t made any changes to the no duplicates rule and if you knew how to duplicate your character by joining in progress you could even have, as an example, two Kaits with the Desert skin in the same match. So I’m not counting that as a new thing but a bug TC never patched out.

I did notice the “no duplicates” message being funky ever since Op 4 started with it sometimes showing when I’m the only player in the lobby, or disappearing quickly when there’s a duplicate character present.

Ok, my bonus Paduk today did seem to jump in at the last minute or after the match started.
They did have the duplicates after start fixed for a while…