Are we getting Arnold from terminator?

We got all the others characters so are we getting Arnold or no? That would be pretty cool to play as him.

God, I hope not. Imagine hearing that for a whole match. People spamming Kait’s “hey” is bad enough.

No. The characters were a tie-in to a movie that released in November. We may see new characters from different series, but I think new Terminator skins are not likely.

Ya every kill he will say you are terminated

We’re getting obama from terminator instead

I doubt it at this point in time, also MK11 could not even get Arnold to do the voice despite using his likeness in the game. I’m pleased with how Sarah turned out though, being voiced by Linda Hamilton makes it feel more authentic.

I’m not a fan of these crossovers or escape but…

We ‘are’ trying to

“get to the choppa”

Possible, but these type of tie-ins are generally associated with theater releases.

I doubt we will because Arnold is a good sized guy. He wouldn’t be as skinny as a pencil and your shots might register. So based on that alone I would say no.

Seeing this thread has put in the mood to play with Sarah some more. She is a beast in the Juvies Horde event because she can carry 7 grenades with upgraded power and blast radius, which can take out a huge amount of Juvies simultaneously.

It would be interesting to see a Rambo by Stallone or a Commando by Arnold: 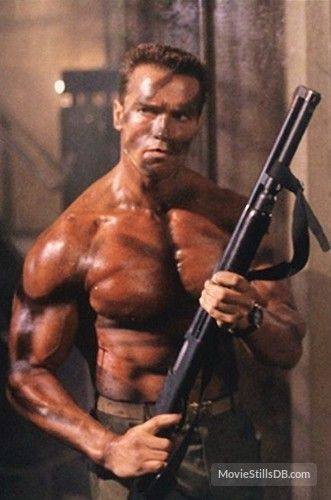 No netherrealm already got him in Mortal Kombat 11

Only his likeness, not his voice…they couldn’t get Arnold to actually voice the character in MK11

Edit: well I don’t even know if they tried to get Arnold to do voice work in MK11, all I know is that he is voiced by another actor

Metallica was a step too far.

Doubt TC could afford his likeness or even get him to voice him if they did. Not even NRS could get Arnie to voice the terminator in mkx due to him being busy.

He was too busy working on movies and his schedule didn’t line up with NRS so he found a voice actor that could mimic his voice and NRS hired that guy to do the voice instead. Arnie vouched for the guy that’s doing his voice