Are the Halo and Terminator characters just being abandoned by everyone and The Coalition?

So the game has been out for over 200 days now and Emile, Kat, Sarah, and Grace (came later TBF) haven’t received any new skill cards, buffs, nerfs, or skins. I figured I’d wait till Coalition announced their Op 3 Horde changes to see if they would do anything with these characters but to my dismay they weren’t even mentioned. So Emile is the only character I think is even viable in high level play right now and even then only really in Escape mode. ECglAsAU4AA8Lvx|690x388 . But I struggle to find a place for Sarah Connor and Grace. I rarely see them used and even I haven’t got around to playing them as much as I’d like. Kat might as well be an insult to your teammates though for how useless she is, especially in Escape Mode. 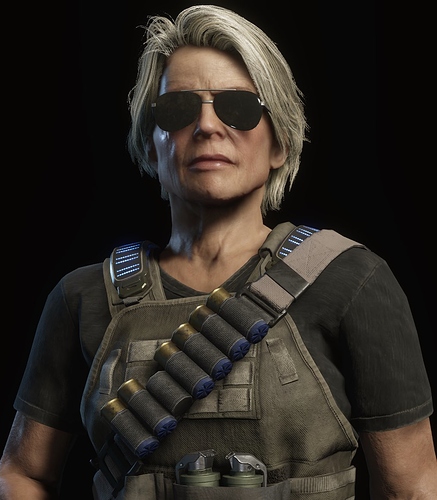 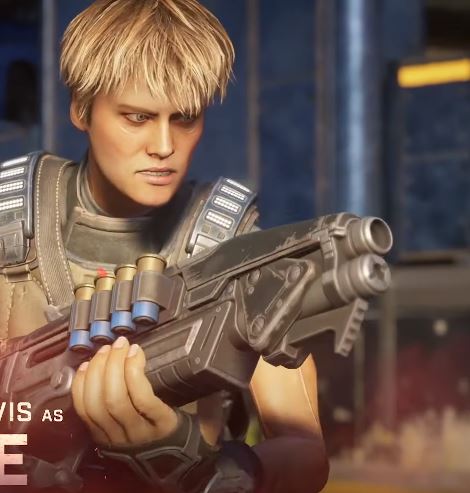 On top of that the REV9 terminator is terrible for versus since it’s basically a near invisible night colored skeleton. So are we as a community going to have to ask for these characters to supported by TC or is TC just going to force us to abandon them? Because I think I can like these characters. Playing as a spartan or a terminator slaying chick in Horde or Escape mode sounds awesome to me. But I don’t know if anyone in the community feels the same way.

If she did then I didn’t hear about it and it didn’t go far enough because she’s still the worst character for Horde and Escape modes in my opinion.

I’m not trying to be rude here but I don’t see the point (if any) you’re trying to make with this video. I still think Kat is the weakest/worst character in each mode from a usefulness perspective. That’s not to say you can’t succeed with Kat it’s to say she’s the most difficult character to succeed with when playing as her.

Just recycling skill cards from other characters would be something.

That would be great for all the characters if just to increase everyone’s tactical options while still preserving the uniqueness of their ultimate abilities. Though that can lead into a broader discussion if The Coalition should have even done this Hero based system in the first place. But alas I’ll just try to limit myself to these cross promotional characters. I like the way you’re thinking though.

Actually if Carriers were a problem Grace could be useful for her ult as that is literally the only time I’ve seen her do something noteworthy in a Horde match, but they aren’t a problem so shes kinda just there

Yeah I don’t mean these characters are useless I just can’t think of any realistic scenario where they are best choice in a match or situation. Your example was great though. I just wish I had more of them and saw it in the game from time to time.

I just remembered I called Kat useless in the opening post. I stand by that to. I’m disappointed about it but I do really think Kat is really really bad and no one should use her over Baird or Del if they intend to win in Horde or any other character in Escape. Her cards and ability just aren’t as good as anyone else. Which is a terrible shame because I like Kat as fictional character and love playing as her in versus mode. But her skills just suck.

Yes I was hoping for some attention to my boy Emile and his Breaker Mace. Imagine if Kait or JD could only sit and pray for their primary weapon, and have it be lost so easily to a disappearance glitch or some excessive durability penalties.

Sarah Connor is a strong character in Escape, with her grenade cards and heavy weapons, she is really useful on a lot of maps in Escape. Underrated.

I never touch these characters, i would be happy if they threw all of their time into new or existing gears characters and let the promotional ones die the death that would of happened in most games by now.

As apparently “is weapon X a ‘heavy weaponv’?” is a question which is an answered with a “uhm, well, that really depends who is asking, and why”… Sometime Carmine gets a Yes and Sarah gets a No… Sometimes they both get a Yes… So you know, consistency and logic, not high on TC’s priority list…

To be honest, I doubt a Halo fan would have done that. They might have been a fan of both Halo and GOW, or checked out GOW5 on Game Pass, but I doubt someone would buy the game purely cos of the crossover characters. There may be other reasons to make someone buy GOW5 as their very first GOW title - they might have read a positive review, a friend might have recommended it… who knows? But I very much doubt a GOW-newbie would have bought it purely cos of the Halo characters.

Sarah is still a beast and highly underrated. With a weapon locker she can essentially spam salvo’s the entire round, every round. On top of that she can spam frag grenades endlessly. Grace is really fun once you can run around and blow everything up you hit and her ultimate is one of the best in the game with the stun with probably only Lizzi’s freeze being better. She does need some help though since higher difficulties she’s pretty useless even if you do get a breaker mace.

If there are Halo fans who got Gears 5 for Nobile Team, then they’re probably not playing high level Horde where they need the best cards. They’re probably playing PvP or the lower difficulties, where it doesn’t really matter what cards you have, as long as you unlock that Halo card.

I wonder why so many tournament players use Emile

I don’t, you buy games for the game not for crossover characters.

Super smash bros. and Kingdom Hearts would disagree with you.