I’ve been playing quick daily challenge frenzies and I’ve not had a full lobby in ages. I know the game is pretty old now but why are the lobbies starting with 3 people? It takes forever and if they are rubbish classes or leave then the game is over.

Transparency has always been a problem with TC, you’ve got no idea of how many people are playing. Whenever the countdown gets low I exit if I think it’ll be a nightmare, restart and then boom, a brand new set of 2 players. WHY WEREN’T THEY JOINING THE LAST LOBBY!??

Something strange is going on but we never hear about it. For example, remember when they nerfed Clayton (gunner before the update) by stopping kestrels shooting at him. And then they changed it back. I swear the same thing happens to veteran with the flank em perk, where they are more likely to turn to you when youre shooting them. Anyway… Does anyone else notice the lobby problem,

Today/tonight looks really quiet. Both the Horde and escape lobby pages seem very empty. Normally Horde has around 7-9 pages; but only has 4 right now. Escape has about half a page, when normally there is 2-3 pages. Maybe it’s the warm weather and people deciding to go out and enjoy the sun?

I guess people are just busy today. Or they are enjoying warm weather. You know me, I can’t stand the heat so I stay indoors away from it. At least it should be gone in about 5 weeks.

It’s been this way for 3 days, for me. I play all times of day but mostly overnight/early AM and I’ve never waited this long so consistently for a frenzy match 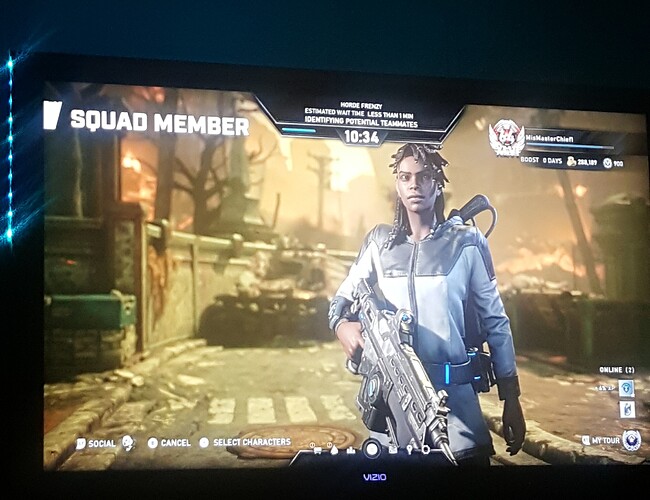 No i don’t have a issue with lobbies?

You guys do matchmaking? Its generally slow during certain hours. Mid-Aafternoons tends to be popping for me, although people love leaving before the match starts/when it starts.

You look in the custom browser?

CUSTOM LOBBIES IS WHERE ITS AT EVERYONE !!

I’ve been finding dailies in the middle of the night on my terrible work wifi. Yeah, it’s not as fast as peak hours, but I always get a match.

Yeah I’ve been using the standard lobby for games and play during the afternoon and evening GMT. As soon as I posted this chat I ended up in a lobbie with one other person. And this was about 9pm I think. My Internet is up to 200mb and I’ve got good ping. I’m gonna take your advice and join custom lobbies instead.

Thanks for the help.

I do about 60/40. The times of night I usually play rarely have master lobbies that are still in “Lobby” and not in the middle of a game, and if there are, they are usually the daily or blood drive

Custom lobbies are where the hardcore players gon

It was pretty quiet last night. Custom pages half their usual amount. Personally i had some xbox live issues. Had to do a NAT test and restart console to fix so i figured that might be why it was quiet.
Last time i tried matchmaking it started with 4, 1 of went went down on wave 1 and started insulting me for not picking him up. Think i’ll stick to custom

It was pretty quiet last night. Custom pages half their usual amount. Personally i had some xbox live issues.

Mate and I sat in a lobby for 5-10 minutes before a single person joined, may have been low population or lobbies not appearing for a while.

There’re always better Game to play than Gears 5, which is a Fact.

The decision of delaying 2 Hours for Daily makes people don’t want to play Gears 5 because it’s just Too Late (Meaning their playing Time usually can be available before 2 Hours) for Them using their Extra Time, which is inconvenient to Them.

There’s always a Bug where you Set in Public Lobby, but no one join before going back to the Lobby again because your Lobby don’t appear in Custom Lobby

I’m not even sure why they delayed the daily by 2 hours - other than the first day of Op 7 with the update for it, there was no reason for it.