Are classes too linear?

Tried to come up with some non-meta yet average dmg dealing builds but Its harder than I expected. TC pretty much gives you one method of playing and then gives you cards to enhance It. There is no branching off into different styles of that class.
Some examples of what I mean

Demolitions
Majority of the cards rely on spamming Artillery. If you wanted to use a bleed dropshot build you’d only need 3 cards and one of those is optional 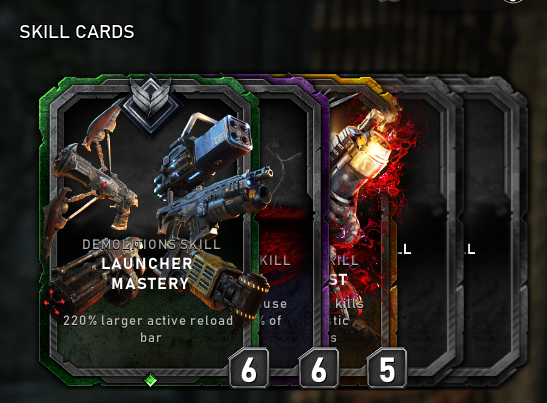 Launcher Mastery is there so you always have active dropshots which in reality should be better than someone spamming non-active booms. But this is literally It, you can’t use any other cards to enhance the explosive playstyle besides Satchel which is its own playstyle. Good kill doesn’t benefit a demolitions because It does nothing for explosives.

Infiltrator
Chain and Cloak Batteries build concept is completely ruined by the fact that meat shielding enemies doesn’t proc cloak batteries and that executions frames are WAY too long giving you only 2sec back for Cloak. There is just nothing here for the hide and seek playstyle while the 1 tap shotgun build is heavily favorited with cards.

There are more examples but I’d have to look through the cards some more and I’m a bit tired. Some good dual playstyle classes that aren’t exactly “equal” would be Longshot/Embar Marksman, Precision/Execution Nomad, Heavy Weapon/Tbow Gunner, Explosive/Sniper Tactician.

At the end of the day I think classes rely too much on Ultimates/passive as those in itself work as a 6th and 7th card. 2 Cards we cannot change leading to one mainstream playstyle for most classes.

I’d say that this highlights the fact that there are too many filler cards which become redundant once you’ve unlocked the more useful ones. For most classes there is a core pool of about say, 7-10 cards which are used and may be switched around. The rest tend to be rubbish.

With Demolitions as an example, Razor Hail is a versatile card because it applies to all explosive weapons so lends itself to variety within the realm of explosives. Obviously the Boomshot and GL stands out more cos you have the weapon specific cards which add extra damage too, but Dropshots and Torques are still useful and useable too because of the bleed. So I guess in terms of usefulness there is a tiered system.

Some classes are much more rigid than others though. I’d agree on the Infiltrator though.

Razor Hail is a versatile card because it applies to all explosive weapons so lends itself to variety within the realm of explosives. Obviously the Boomshot and GL stands out more cos you have the weapon specific cards which add extra damage too, but Dropshots and Torques are still useful and useable too because of the bleed.

My issue isn’t that Drop or Tbow don’t have cards, Its more that generally everything else is focused on Artillery. Classes like Gunner If you’re going for a specific build you have a hard time fitting in cards vs Demo where I couldn’t find enough.

I Guess this was mainly due to attempting a playstyle outside of Artillery which was too ambitious. Nothing wrong with using Ultimate but It becomes very easy to rely on demos Ult with its sheer power.

Bleed is such a wonderful concept

Ive always thought there are too many classes with not enough build variety. Most classes only really have 1 or 2(if theres enough cards) for a build actually worth playing on Master.

I always thought it would be cool if classes were morphed together if they both accomplished the same goal or had similar gameplay (throwing out balance as this game is far too easy as it is anyways). An example being Infiltrator and Blademaster being fused together. Both classes cards are put into the same pool and can be chosen from as you please and same with the Ults, you can choose either one to use with whatever cards ftom those 2 classes.

Back 4 blood has a great card system.

Theres loads to choose from, most have a negative effect though, here is just a few. 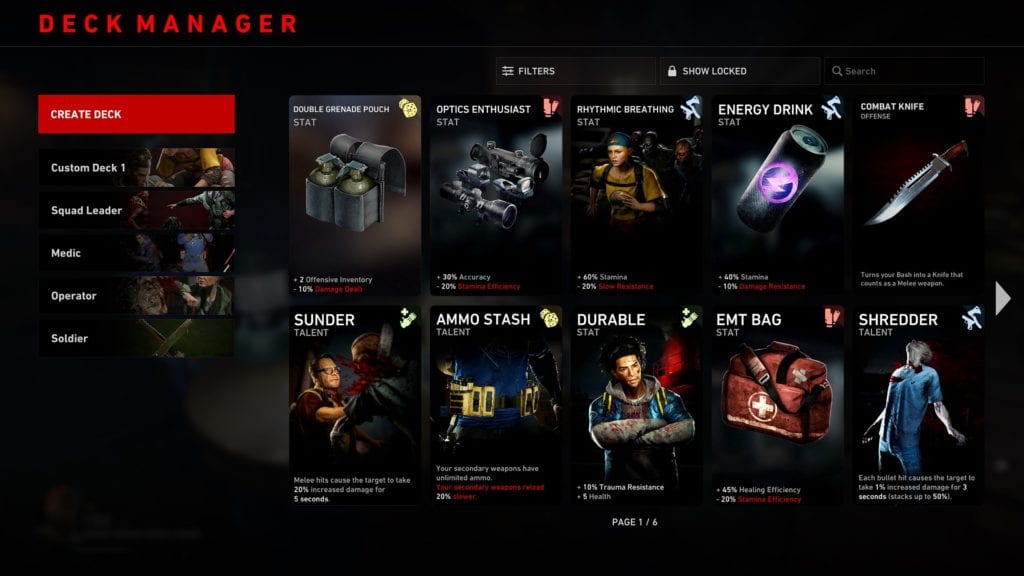 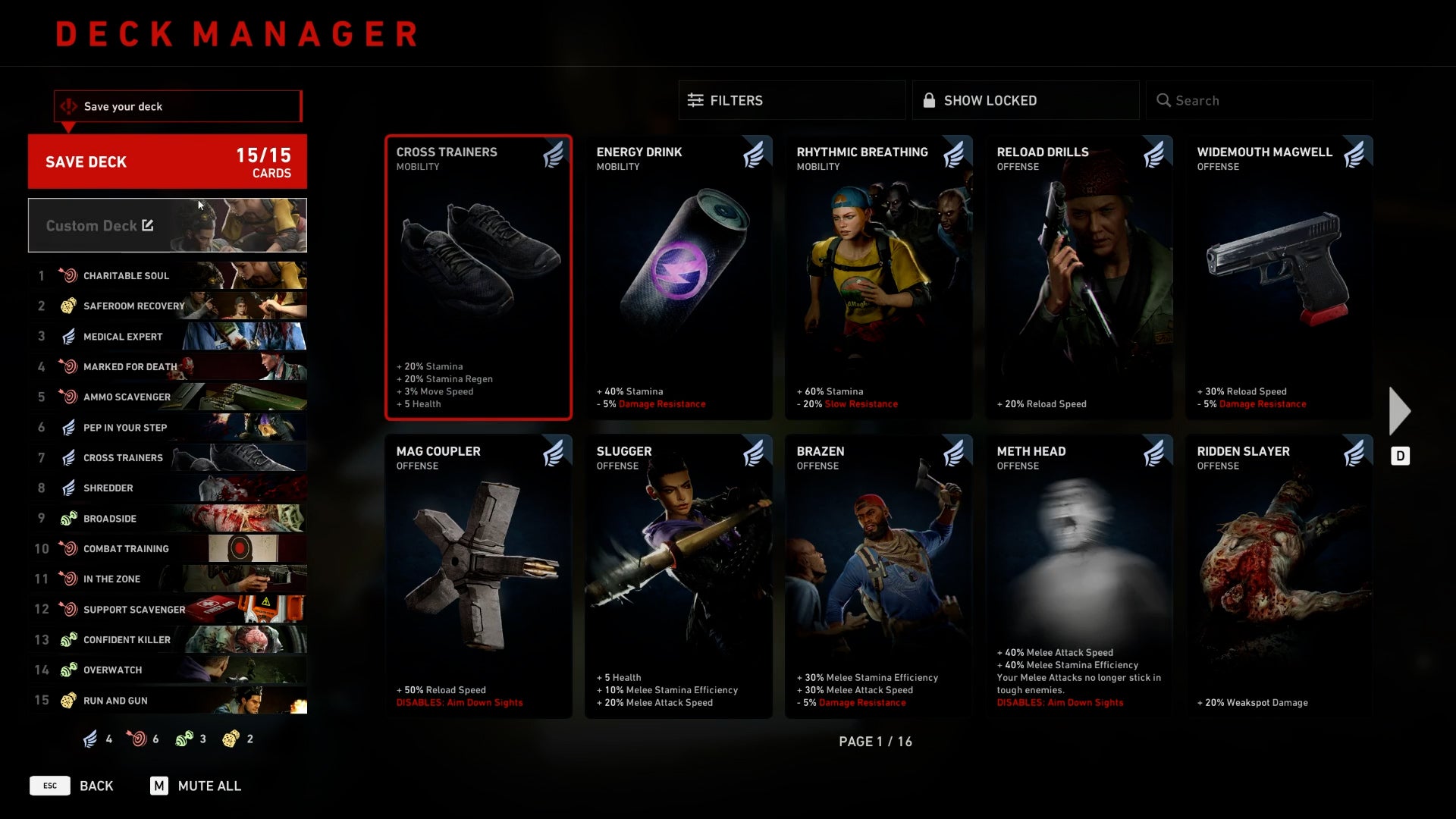 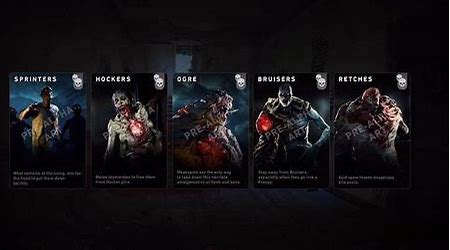 This is actually what I was originally writing in my OP. You can literally cut down on half of the classes and fuse them together to make a bit more interesting.

Theres loads to choose from, most have a negative effect though, here is just a few.

This is traditionally how a skill tree should work but the 5 card system would have to be reworked or just horde/escape balance in general. If they go with something like this instead of the simplified card system we have now we’d have so much more variety but so many more bad players lol.

Ditto on more variety under fewer classes in the future and I’ve agreed with that in previous threads.

Good kill doesn’t benefit a demolitions because It does nothing for explosives.

I’ve always thought that should have been part of the adjustment they made when Level 6 was added for cards. L5 should have always been 100% boxes (the smaller clips are just too miniscule to be worthwhile in Horde), and Level 6 could have added like a 10% chance of them being a small explosive crate instead.

FWIW, I still frequently take Good Kill though even for more normal Demo builds. Same reason why I take Combat Medic’s Team Repair: it doesn’t have to be a benefit for you personally. It’s not like Demo really needs Confirmed Kill or something for its usual uneventful playstyle, and there’s probably someone using ballistics without ammo regen… I mean, who doesn’t like the nice surprise of free ammo? (And nobody else seems to do it, understandably, so it definitely is a surprise

) If those drops are underused, well,… it was kind of a dead card slot for me anyway so it didn’t hurt anything.

I’ve tried Cloak Infiltrator multiple times and I’ll say that it’s not good, but it is still on the margins of viability on smaller maps (i.e., ignore Regency). Like most CQC (in my opinion), it works best when your teammates aren’t other CQC or ranged explosive spammers, and they keep to a small base (think Reclaimed ‘Manor’ hill without a good engineer pushing out to control the entire upper section). As you might expect, it works if you’re really the only one out in the field and have ample drones to chain.

You have to decide if you’re going to skimp on non-cloaked survivability or damage output for your card swaps. That’ll impact your playstyle for how you get cloak back quickly (obviously a goal for this build) and/or your ability to contribute while recharging.

You definitely should be perking Movement Speed (the only time you’ll ever hear that advice) to eke out even that tiny increase its usability. I completely agree that Chain should provide more time or else meatshields should count, however cloak can be stretched a surprising amount with the long Cloak Batteries base and then a good rhythm. It’s nice to clean out the wave of filler/harassers where the clock, not enemies, are the risk, and you make it back in time to pick up the DBNO randoms safely, or to exit cloak on a threatening heavy.