He isn’t kidding. I’ve done multiple Frenzy with him and he refuses to use the lockers.

I mean if he wants added difficulty. Good on him. This game is too easy, we have to make our own difficulty. Lol

Thanks (RelaxingKoty) the video,Cheeky palace Guards,must watch out for them next time I play horde,But I can have a laugh due to me having terrible lag theses past weekend sadly

Hey, I’m not doing that to make it harder for myself (I actually hate that…). You can thank those “self-entitled” brats for forcing me to stop using lockers.

Sick of them taking my guns out of them & never returning them. That resulted in keeping me dry on ammo & taking me out of the fight; making a 5 man team into a 4 man team. That forced me to change how I play Demolitions.

Yet, despite that, I’m doing fine without lockers. Considering that I still dish out the most damage & often times I out-damage all 4 of my teammates combined…

But, again; seeing that Palace Guards can now take weapons out of lockers and use them, that gives me all the more reason to stop using them. You don’t want them using Lancer GLs now, do you?

This has got to be one of the best enemies in gears history now. This has to never and never be fixed. Its brilliant and huge game changer lol.

I CRACKED UP!! I know that they pick up weapons from the field, one had a Boomshot from a Scion today, this is pure comedyy!

They also cant be hijacked unsure why or maybe its a bug. I saw one of them with a salvo from a drl which i found funny

Should be fixed next week according to Michael. He originally intended them to be Minibosses.

Yeah, gimme a minute. I’ll look for the post.

Yes, I was angling the Palace Guards as a mini-boss encounter early on, and this is a remnant of that.

Because the guards have on helmet-like things, maybe…

So… with the Palace Guards using picked up Breaker Maces - the Mace is breakable in their hands just as it is in ours. Today when I was just completing my daily objectives for my secondary account a Palace Guard picked up a Mace and was winding up to do the ground-slam attack and I shot it with my Gnasher and it broke their Mace and staggered it out of the slam animation!

Good thing you did because that mace heavy attack kills even an infiltrator with max stim build.

That reminds me of a time where I was messing around with a friend and he wanted to test what a drone enemy(specifically, an Imago) would do if you gave it certain weapons after it was hijacked and then cancelled it. Said Imago was given a Breaker Mace and its AI still worked while it proceeded to kill him with it(because apparently the mace slam can reach Jack even if he’s in the air).

TC AI often is pretty dumb but not always. 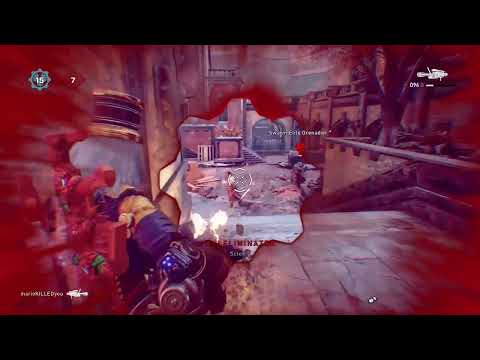