Pretty funny. Would love to see them running around with a Repair Tool.

They’re also semi-immune to flashbangs which isn’t funny at all.

From what I’ve seen, seems to at least only be the Torque Bow variant that has stun issues. The Lancer variants seem to behave normally in that respect.

Probably has something do with the Versus-AI thing since you can’t just execute ppl in PvP.

Right. I wonder if that is also the case for the Flame Grenadiers.

Good question. Never flashed them since they’re not really a threat imo.

Never flashed them since they’re not really a threat imo

Lol right. I’ve mainly noticed due to their lack of stun completely messing up my rhythm as Execution Nomad.

Otherwise yeah, their damage really seems to be a lot lower than I would expect from a short-range enemy. Not that I am complaining, it is just a stark contrast to how ridiculously OP they were in Nexus Seige.

Eh, the visual confusion more than makes up for the missing damage. And I didn’t play much Nexus, but feels like everything hit a lot harder in that event. Might have been the abscene of tap health, idk.

Might have been the abscene of tap health, idk.

They do help quite a bit with surviving the Horde enemies, particularly as CQC based classes. Trying to work a Blademaster would be a lot more difficult(and less fun) without the taps providing a health bonus.

Being the Queen’s personal guard, they are the cream of the crop.

heres a video of this happening. I bought a locker and put 2 maces and a trishot on it to see if one would take it. He picked up a mace and killed me with it for absolute certianty. This was on intermediate difficulty as well and the mace light attack killed me in one hit. Its always been like that though because you used to be able trade a mace to a hijacked enemy and they would keep it and kill you in 1 hit no matter the difficulty. 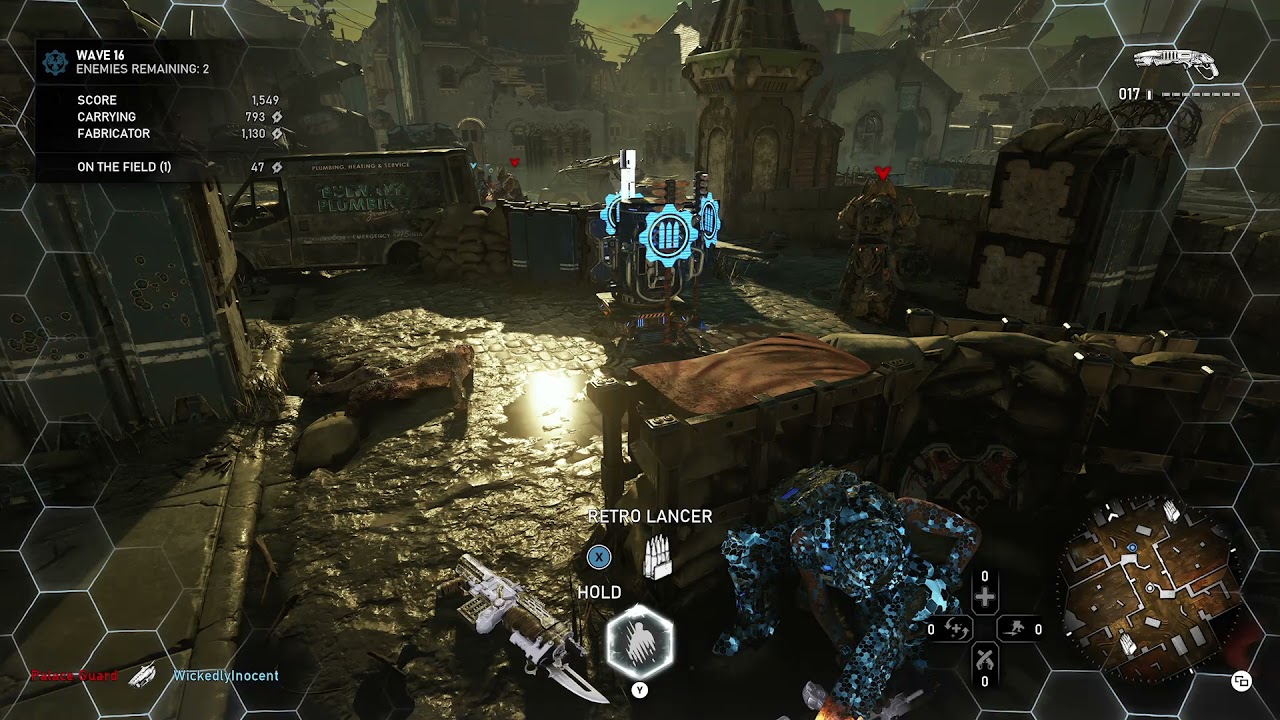 Okay, this makes it all the more reason for me to stop using lockers while playing as Demolitions.

This sounds amazing, hilarious and scary at the time…In my experience I have yet to see palace guards picking up weapons ever since the update.

Scroll up a little bit

Their heads are still crooked for whatever reason alongside all the therons, why haven’t they fixed this yet? It makes me not want to play as them in vs or when using Jack to hijack them in horde.

I wish I could roll over cover!