Anyone want to join my new clan Tears for Gears?

It’s gonna be a competitive team. Really wanna push it to the limit. Don’t let that scare ya off tho. Ya’ll don’t have to be 06 vets or nothing. Heck, I myself am not even marked with that holy endowment.

Anywho, here’s the deep skinny on what we’re gonna be about.

We’re gonna be called Tears for Gears, we’re gonna play hard, play tough. Reserve about 8 and a half hours on Saturdays cus that’s our big game days. Preferable we will all listen to Tears for Fears whilst we play. Now ya’ll can choose any of their stuff that ya’ll like but I really think Mad World should be our official team song that we listen to before every match while searching lobbies. We can mix it up and throw in the Gary Jules version here and there but I really think we should keep it mostly true blue with the original artist.

But all that matters is…

Y’all planning on posting some sick nasty montages too?

Finally, the level of dedication I’ve been looking for.

Of course…you know Everybody Wants to Rule the World.

Ya’ll don’t have to be 06 vets or nothing. Heck, I myself am not even marked with that holy endowment.

I take it back. I am most certainly not rdy.

Montage Mondays will be a tradition. Ya’ll know someone that can mash our sick footage?

Far as I know clown will be in charge of the logistics of gamer grub delivery.

I haven’t talked to him about any of this, but he eats gas station sushi so he 's probably a lock for the task.

We’re going to be let down every single day.

‘Shout, shout let it all out’ Sunday shoot outs.

Every Sunday is a free for all party. @WD_Hawkeye will provide entertainment in the lobbies by reading some well prepared goofs and gaffs for us to enjoy.

It is encouraged to take all the stresses of your week, all the stuff bothering you and just shout them out over voice chat while playing. Then we all yell back ‘these are the things we can do without!’

C’mon, I’m talking to you. What ya’ll think?

@GB6_Kazuya will be getting us a sponsor from IRN-BRU. The official 2nd drink of Scotland.

This thing is really starting to take off.

I volunteer for clan mascot.
Also, can I get clan merch discounts?

@GB6_Kazuya will be getting us a sponsor from IRN-BRU. The official 2nd drink of Scotland. 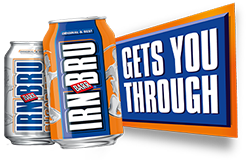 I just got the Tears for Fears reference with the shout throw back. You must be as old as me.

I know what state you live in, marriage status, and now age.
I swear that I won’t do anything sinister with this info

Well, maybe you are a little younger. You’d have been barely walking when that song was popular.

I know you’re a fugitive in Germany after you ran from the cops when they caught you hiding in a dumpster and you also eat gas station sushi. 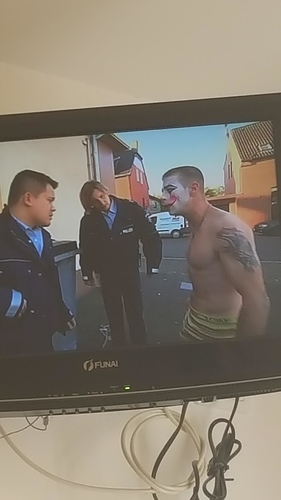 I’ll have an envelope ready to be mailed to shino if anything happens to me.

Sir, I have binders full of tapes with you saying in reference to the gas station sushi, “it’s good.”.

I have record of you leaving a squad to go to the gas station to purchase the sushi.

You’re eating the gas station sushi. I know it, you know it, we all know it.

LYou’re lucky to be growing up in an age where smartphones, tablets and laptops exist. With all of that Gas Station Sushi you digest it’s obvious you have a difficult time getting off the toilet. Entertainment is a must and portable it must be.