Anyone else feel like Kait was forced on us?

Im not a fan of Kait, i think her personality sucks, and we are being forced to play her storyline. Maybe I’m 6just too attached to delta squad i don’t know. I didn’t mind Anya and i thought Sam was an awesome character as far as females, but kait just isn’t fun for me. I like they are working her connection to the queen but gears 4 was all about JD which made sense cause he’s fenix’s son. Then they gave him a back burner seat in 5 and gave you the option to kill him. This is Marcus’s son, ya know Marcus who already lost carlos, dom, his dad, and Anya. I agree JD was hard to get attached to but i gave him a chance because of Marcus. I feel JD should’ve continued as the new main with him helping kait. Just my thoughts, chime in and tell me yours. Dizzy is my favorite mp player to play as. Been playing all the campaigns again and 3 by far had the best writing. Love the improvements in gameplay as the series has progressed though. Multiplayer will always be frustrating as is any online game so just play and have fun!

Marcus and Delta Squad were forced on us for Gears 1 to 3. Baird and Kilo Squad were forced on us for Judgment. Nothing wrong with it, you know. It’s just telling the story from another perspective. It’s not just about one person, Marcus Fenix and the others having no significance. There are scenes with no Marcus Fenix, so who else could you play as? The wars in Gears games can’t all be covered by playing just Marcus.

Kait is the most developed and well written character in the series. 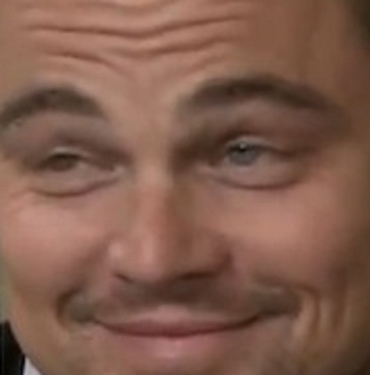 Not at all. The ending of 4 made her status as main character feel like natural progression

Yeah I like Kait although not played 5 campaign yet so don’t know what went down.

This may be a bit controversial, but I really disliked Marcus as a character. He’s just constantly angry and in the original trilogy that was basically his only personality trait. I couldn’t tell if he was angry because the Locusts blew up his house, or if he just woke up that morning!

GOW5 has shown more depth to him. He’s growing on me. Bit of a late bloomer!

Reading the books really developed the characters and maybe made me even more attached to delta and helped you understand Marcus and why he is that person. I highly recommend at least aspho fields. The game started with Marcus and revolved around him just being this indestructible bad ■■■. Add delta squad with their unique personalities and it all just clicked for me. Glad to hear others perspectives though

Call me old fashioned or whatever, I just think it’s a bit of a cop-out for franchises to rely on expanded universe to cover the main core story and characters. By all means the expanded universe can be nice to explore the franchise’s wider universe, past events, other lesser characters etc, but with GOW I expect the game to tell the main core story without this method. Just my opinion though. It’s frustrating when fans have to buy additional books, comics and beach towels to know what is going on!

I wouldn’t say forced, but definitely one of the most uninteresting characters in the franchise. A wooden plank with no dialogue would have more presence than her.

We’re gonna have to agree to disagree there bud.

My favorite thing about Marcus is his conflicted view of the cog, which must cause him some inner turmoil. That’s also the reason I find Kait interesting as well. She may trust the Cog less than Marcus, but for their survival they have to play their parts in it.

Playing as Kait with the queen in her ear was also a great way to show her inner battle.

Honestly I thought the whole new crew in 4 (JD, Del, Kait, Oscar) were all really bland. My initial thought about Kait was “Oh god here’s the shoehorned love interest for JD”. And until the end of 4 that’s all she was for me until they revealed that she was related to Myrrah. Then I thought “That’s actually pretty cool, I can’t wait to see where they go with this”. Then TC proceeded to do absolutely nothing with it outside of her accidentally killing Oscar.

It’s just that in my opinion JD, Del and Kait don’t really stand out as their own characters. JD’s only claim to fame is being Marcus’s son. Kait’s only claim to fame is being Myrrah’s granddaughter. Oscar I always thought was just an annoying/obnoxious character that served no purpose outside of the drunk uncle cliche. Del was alright but it seemed like they tried to make him a Baird substitute with his quips and “witty” remarks and it just didn’t work for me. It seems like the new crew are either just interesting because they’re related to more interesting characters or they’re boring because they’re just aping already existing (And arguably better) characters.

Regarding JD, I guess that’s basically it! He is the son of Marcus Fenix and has to deal with that.

I don’t think it’s been made super obvious but I get the sense JD feels the need to prove himself as a result. Marcus and JD have a talk in GOW5 Act 1 on returning to New Ephyra and Marcus berates JD for taking unnecessary risks at the silo.

Later on JD risks himself to direct the HOD but Lizzie dies as an unintended result. Afterwards he’s in a coma and is a changed man, more distant and by the book. I think it’s very well done, if a bit clichéd.

Marcus and Delta Squad were forced on us for Gears 1 to 3.

There were not forced to us… they were on Gears 1 to 3 to show us how to properly deal with difficult situations in life.

I’ve sensed that too that JD is looking to prove himself to step out of Marcus’s shadow. But that character development may not mean anything if TC goes with a “canon ending” on who died. Whether it be JD or Del. I’m really curious how they’re going to continue the story. Will there be a “canon” death? Or will there be a small split path that goes based off your decision in Gears 5? Either way they go, I can’t imagine either of their deaths will have that big an impact on the overall story. Outside of Marcus getting F****D again.

The point @Ektope is making is that unless the game allows us to create our own character, all characters are forced upon us so to speak. We have no choice or agency to define who this character is. In the context of a game, we often have little control and agency to define what happens. We are passengers following a story as it plays out from Character X’s perspective.

Basically Kait is no more or less forced upon us than Marcus, Baird or JD were in past games.

What sense is this? Marcus and the squad literally killed off Myrrah and the locust. This was the set up from the very beginning. They weren’t forced on us. It was their story.

Yes all characters are forced on you, i guess i just don’t like Kait and her personality and agree they tried to replace the personalities of delta with new characters and for most of us it’s too late in the series to change main characters without resentment and nostalgia for our delta guys. As for judgment that game was mostly a failure but still at least revolved around a delta character and just added to their story