Any chance of FIXING the cog tag glitch TC?

I can’t really begin to express my disappointment in this game. I’ve never really posted anything like this before as I don’t like to complain but rather just soldier on through this Glitch/Bug filled game.(I apologise if this is being looked at already by TC or has been brought up)
I’ve always been a horde player but there’s only so much of that one can play. After 140+ completions and 40days of playing horde I decided to give escape a good crack and try to get better at it.
Made some New friends and got into score runs with an extremely good player @TurnerBurner922 who is also a very, very passionate and patient person( Takes a lot of patience to put up with me and my somewhat sucky gameplay but I’m getting better)
We did a few score runs where everything was done near perfect or close to it and yet the score difference from our runs to people on top made no sense at all as some of those scores are not achievable playing legit. We scratched our heads and thought about it how we can improve or what is being done wrong but the only conclusion that we kept coming to is…there must be a Glitch/Cheat of some sort.
I was enjoying doing these score runs and really getting into them. We never really wanted to be #1, just to be close or improve on our last run.
Anyway, ranting now! Back to my disappointment of finding out about the Cog Tag glitch/Cheat that Some PC players are using to duplicate the amount of tags they can pick up. Most if Not all of resent top scores are fake and impossible to achieve without PC and the editing they can do, just like changing the time to unlock new hives.
What’s the point of anything in this game??? Fake reups! Fake escape times! Really People??? What do you achieve by doing this? I can understand the reup glitch as the whole game is just a GRIND! But the escape times is just such a looser move!
There is a video on YouTube about it. It’s in Spanish but you can understand what is going on if you don’t speak it. Type in Gears 5 escape cog tag glitch or use the link below. 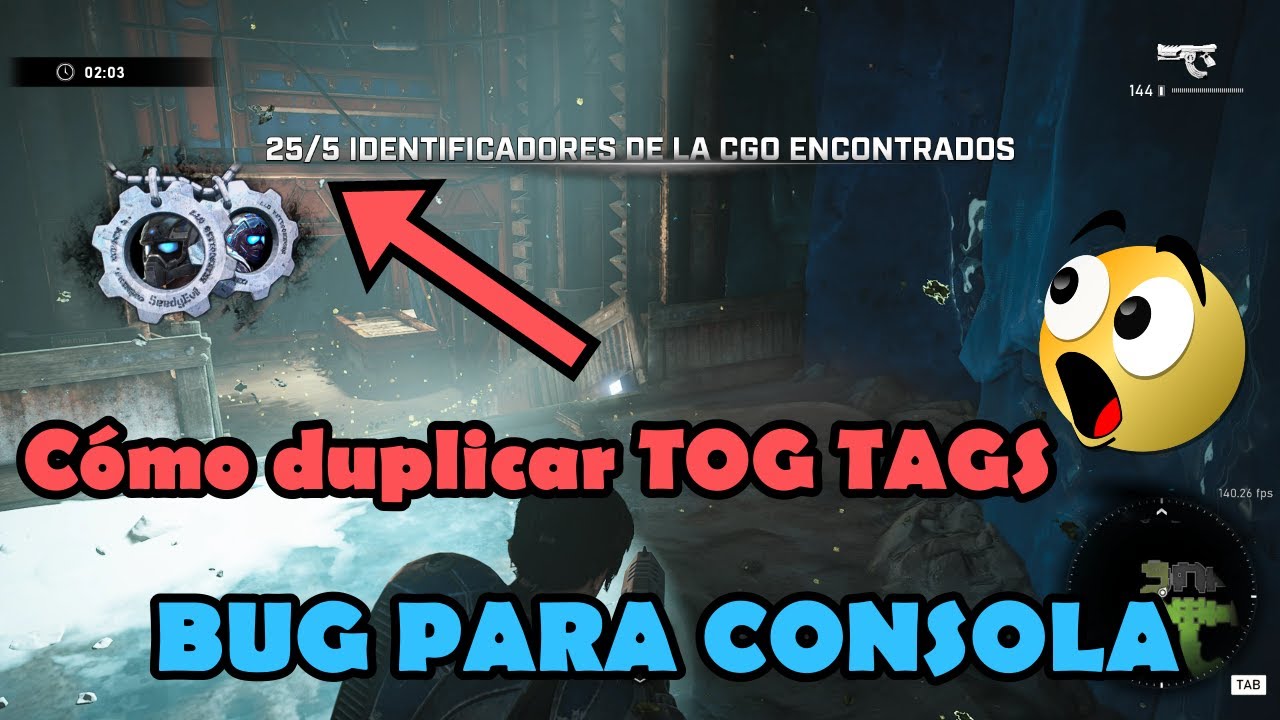 Time to work some magic on these cheaters😁

Interesting. I heard rumours about this through a friend of mine who mentioned that she heard from someone else about this, but she didn’t know how it was done or any of the details - just that there was a glitch to duplicate COG tags.

I’ve been hearing the same rumours also mate and the scores suggested that they are true, and here we are…Rumours no more!

Ok, now I really don’t have to feel bad for solo-speedrunning this hive just to get it over with.

You could probably submit a support ticket as well, to get attention on this mess faster. Inquiries elsewhere have told me that that is the best way to report things, compared to putting it out on the forums or what have you… not that it’s bad that you did.

Disgusting. That’s what this is. The person in the video probably thinks the existence of this is funny. I stopped watching partway through because of cringeworthy or unnecessary edit ins of completely pointless and useless footage of other stuff, after the first 2-3 minutes(seeing as it was in Spanish, I didn’t bother to turn audio on for it). The sooner they’re rid of this(if possible), the better.

Ohhh I don’t expect this to be fixed mate anytime soon. I wouldn’t waste my time submitting a ticket as it takes ages for them to look into it. I like discussing things here on the forums just to see what other people in the community think.

Well I doubt this would necessarily affect me much as I don’t tend to do Score Boost runs, no interest in them and am of the opinion those cards shoulsn’t be in the game, what matters is how well you completed Master full stop.

But this is just ridiculous. This sets a new low of things I see people willing to do.

Not against PC, but by now these sorts of things shouldn’t exist.

A few bad apples give it a bad name.

I blame the developer though.

Put parameters in place that stop this sort of thing.

Edit: Score based leaderboards are always manipulated. Maybe they should go.

I’m not against PC either but that kind sheeeyat shouldn’t happen.

So I was right after all about the 5 hours team.

Ektope didnt cheat, Ektope used a game mechanic, Yes eventually TC changed hows ribbons worked because of that so you could call it an exploit, but at the end of the day it was no different than farming the multikill ribbons in juvie maddess in gears 4 horde.

@PIZDETS79B thank you for the report.

I know what you mean but technically @Ektope didn’t cheat. He used an exploit which still required a very long grind. This however is a cheat if there ever was one.

Outside of this obvious cheat which OP posted, I would appreciate if you could take a look at one of my threads that I posted which also break the time runs (mainly due to meatshields):

First things first, here’s the Excel with the full list of enemies and how much worth they are (on the right side you can set hive difficulty and levels of your score cards): https://1drv.ms/x/s!Ag9UWHQHbsIjl0rOMER8JhgrEpi2?e=GOoSa9 Surprisingly, it’s the Matriarch that’s worth the most, not the Swarmak. General Some of you probably know me already. I generally like the challenge of achieving the best possible time in any Escape hive together with my team. It puts the hives to a completely n…

Me and my team have been running for #1 times primarly in OP3 and also at the beginning of OP4 and therefore stumpled across a few glitches and things that are important to know for time runners that at least I wish to be addressed.

Obviously the CoG duplications is the biggest out of them all and now completely set me off doing these runs anymore. But those things I mentioned in my thread would be nice to be corrected too.

Thanks for weighing in mate. I might have missed your thread regarding all the glitches in escape. I completely agree with all the things you brought up. The RNG is completely off and the way some enemies die or don’t die is extremely annoying. We always use the meatshield but never have used the active longshot head shot thing.
It would be nice to see a level playing field amongs score runners without all BS. I was really enjoying the runs even though it took ages to get things right. It was fun and when things came together it was rewarding.

Yea, we enjoyed it too until we discovered the what we call ALHM. There were some battles between us and the team of thamount but it really got on the nerfes just having to ALHM EVERYTHING to get that. It’s not even fun, just outright stupid.

Then of course lvl 6 cards came along and everything was for nothing. And due to this CoG Tag exploit, it makes everything a lot worse. I apprechiate that you published it though. I knew it was possible a long time ago already but never figured out how exactly. At least now I know there’s no point in running for #1 position.