Amazing how undervalued Keegan is in Horde

Jack can put grenades on the lockers. Buy the grenades give 2 to another player then have them drop em. Let jack pickup and put on locker. There has to be a weapon on that spot for him to do it. They will refill for ya and u can have a locker full of grenades

Well, thats something for me to test tonight, for sure…

It’s a thing. I’ve done it by accident with Jack when trying to get rid of a bugged Flashbang that refused to get dropped on the ground even when I was holding X to drop the damn thing down. Was flying past a locker and suddenly I had a weapon on me instead of the Flashbang.

Would it be possible to have Sara Connor by frags, then drop 7 from her grenade pouch for Keegan, then she can by her own 7 for herself?
Those 2 working together would be cool to see. 14 frags spammed each round, 7 w/ shredder 7 w/ modified frag.

I never tried to drop granades, can you do that, like with other weapons?

Honestly i find 7 shocks to be far more valuable than 7 fraga,. Even with Keegan’s bleed they dont much on higher levels. Shocks, on the other hand, are equally effective in their stun, regardless of diff level.

Yea… @Omen_LP you can drop grenades to pick up different grenades.

Sarah Connor’s shocks are great since they are huge. Sadly, she doesn’t bring anything else to the table.

Until a Claw drone hits her with one bullet and she drops the Salvo somewhere she can’t pick it up.

I don’t have a problem with that mate. I never put myself in places where I can loose a power weapon if I go down.

With lvl 5 shredder card keegan can kill drones/granadiers with 1 frag. Have killed 4-5 granadiers with just 1 frag many times in escape (master) when they are close to each other and no execution rules modifier.

Ans yes…you can drop frags just like with other weapons by holding the dpad.

Well jack was the remaining character on that match be logic

I use Keegan as a DPS. My cards are increased radius, duration and faster resupply on ult. I also have the Shredder card and the legendary card that decreases damage from enemies. Instead of depositing I save energy for a few rounds and buy faster ult recharge and explosive recharge. Then I’ll pick up a salvo and when it runs out I throw out my ult and have basically unlimited ammo for my salvo , boom and dropshot. What’s even better is that everyone else also gets explosive ammo and takes 0 damage so JD can melt anything without consequence and when I run out I’ll eliminate 3-8 enemies and my ult is back. When my salvo is out of ammo I’ll already have my ult back and the cycle of pure damage and sadistic murdering can continue.

I’m so damn tired of being kicked out by these “pros” because I can shred with Keegan. If I can absolutely destroy with Keegan with a team that is lower than prestige 5 and have characters that are lvl 15 and under on Master difficulty, why can’t I play with the “pros”?

i will tag @Alphdoll since he asked a related Keegan vs JD question so he might be interested.

So what @HailedFuture61 is talking about is this: 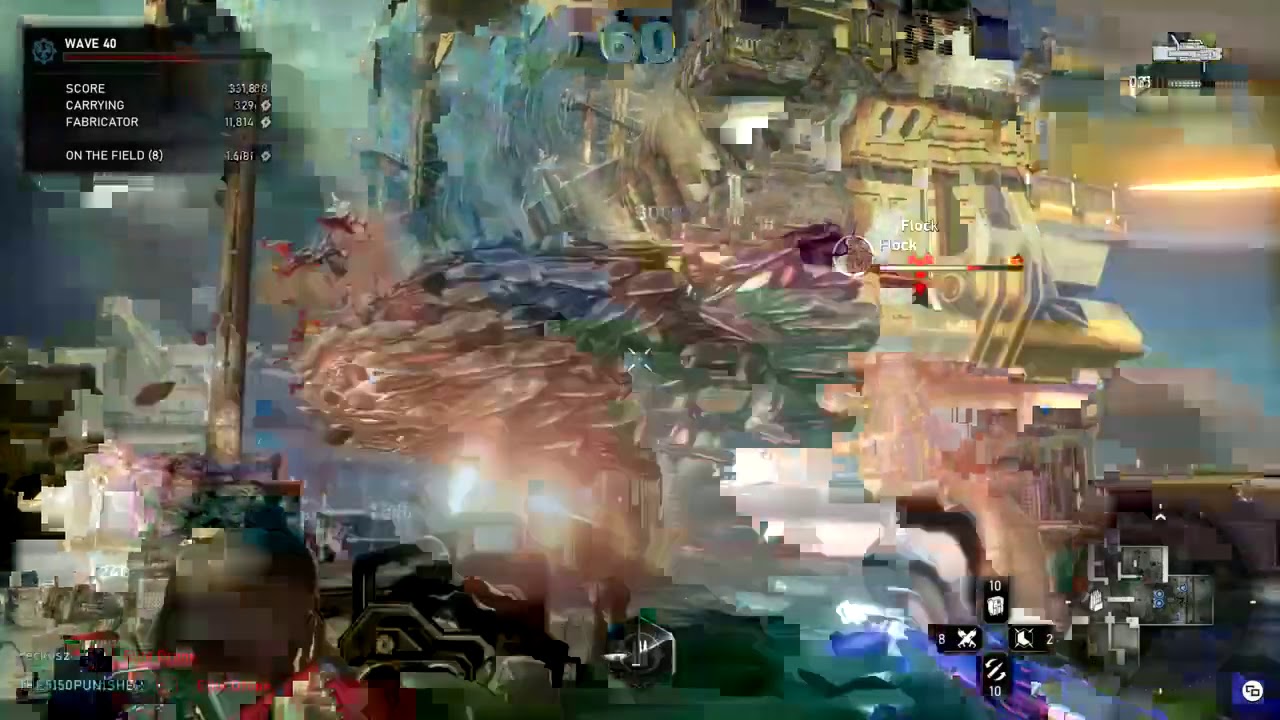 Note that’s two runs of the ultimate, so two runs of unlimited explosive ammo for everyone…

Personally, I find the fully auto active boomshots to be more effective, like here: 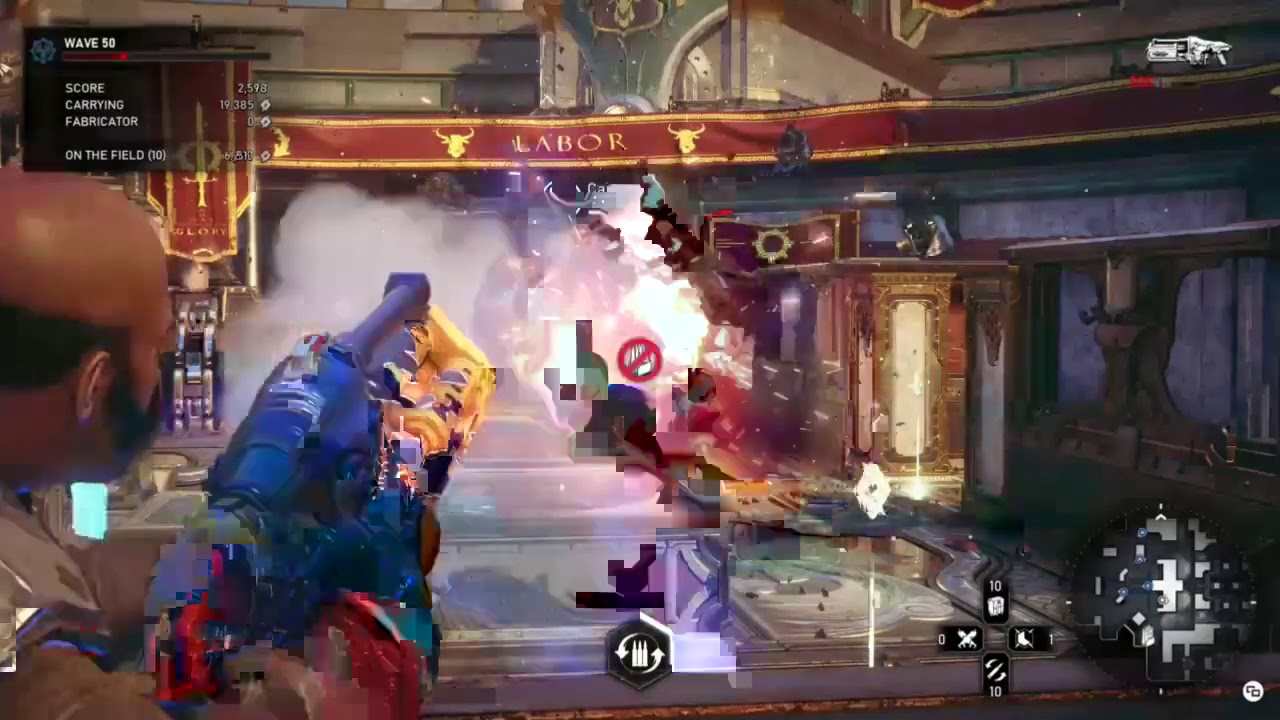 that’s 26 Active boomshots (15K damage each, with my level of bleed, not yet maxed) which comes out to about 390,000 damage in ABOUT TWENTY FIVE SECONDS.

I don’t believe JD can come close to that level of focused damage dealing. If you look at how much damage a single boomshot does for JD vs Keegan, sure, JD’s higher, but when you consider the sheer volume, the unlimited number of rounds, the automatic reload with active rounds, while JD can do more damage in the game, in a sudden spike of need of a voley of destruction, keegan is, IMO, better (he doesn’t have to run back and forth to his locker every 6 shots and doesn’t have to try to hit that active bar, potentially jamming the boomshot, etc, etc). And that doesn’t include the fact that clayton and lizzy can be both in the circle , adding their focused fire, everyone enjoying a 60% reduction in damage taken.

I just discovered the fully automatic boomshot with Keegan myself. I never thought to use that “bypass reload during ultimate” card before, but now that he has the heavy weapon recharge perk, I decided to try that card out. Now that card is part of my standard lineup, replacing the card that subtracts 12s from ultimate cooldown for anyone who kills my marked target. It seems you need to have the heavy weapon recharge perk up to about level 8 to keep the boomshot firing non stop like that

Yes the perk is only useful for reloading a weapon at around level 5, and for auto fire at 9+…

At level 6 that card reloads with active rounds…i can pump out 25 active boom rounds in about 25seconds, at about 15k damage at my bleed level thats close to 400,000 damage in 25 seconds out of a single boomshot: and you still have 6 rounds left after hahA

It’s difficult to get through the opening waves of a horde game with Keegan. His boomshot only carries 3 rounds. Usually JD is the only player with a locker before wave 11. Collecting ammo boxes is not always feasible depending on the map and other players’ needs. So I am happy to at least have the explosive ammo regen perk up to level 2 before the first boss wave. This at least ensures I can refill my 3-round boomshot (as long as I don’t step outside my magic resupply ring for even a second. )

Aside from the boomshot, I rely on the hammerburst damage skill card (+60%) to get me through the first 15 or so waves. Once I can get my hands on a torque bow I throw away the hammerburst. By the way, torque bow with that “bypass reload during ultimate” card feels so liberating.

I had no idea the card gives you active reloads at level 6. That’s pretty cool.

The HB is underpowered if you start with the robot enemy pattern, then i agree Keegan is a little underwhelming outside of the boom…

But if we get drones or imagos, i find no problems with the HB with the max card, like you said…

I tend to race to level 9 explosive reload ahead of anything else… Once i get there, 390K damage in 25 seconds… So just wait until enemies are close/grouped, and i unload, with clayton and lizzy adding their fire to the mix…

Fahz really appreciates the extra ammo, haha, and that works even without any explosive perk…

I have fun with Keegan… He’s not OP, but he is pretty powerful and useful to himself and others, which i like… Like Marcus, his ultimate helps others…

I am now trying to level up lizzy’s hammer… I keep getting the salvo card, which i dont use at all, arrgghh…