After this last update, the game plays like absolute #%*@

Both the gnasher and lancer don’t even feel like guns anymore . Might as well put some nerf gun skins in the store and change the bullets to plastic darts. It would compliment the poor weapon tuning perfectly !

Don’t even get me started on the sponging ,
horrible servers, and hilarious ranking system that’s a completely different topic…
Theres nothing quite like finishing positive in TDM 27-8, having 1 win , 2 losses (thanks to bad teammates wasting our lives) and getting
-1900 points! My goodness I must be such a horrible player!

@HUG3_N3WB and I was experiencing this all night.

I’ve been experiencing it since TU2 released.

I’ve been experiencing this since gears1

I’ve never had rage like I experienced last night playing koth. Lost every game and the movement felt off. Quit my last game half way through(I never do this) and uninstalled the game. It might have been a rash decision but I honestly feel useless at the game now and I’m not enjoying it. I might go back to 4 for a bit but I think that’s as messed up at the moment. Hopefully the 3rd server side update with the rank reset will improve the gameplay in December.

Sweeeet, for my 1st official act as internet overlord I demand all power and bandwidth be rerouted to the gears servers

I’m not enjoying it

I haven’t uninstalled it yet, and I probably won’t, but yeah, the sentiment of just not enjoying it (but really trying to), is exactly what I feel…

I want to like 5 because 4 was the only game I played for the 3 years it was out. I was nearly re up 11 and was a Onyx player on 4. I know I’m not the best but there must be a reason I was getting my ■■■ handed to me so heavily over the last couple of days . I feel like an idiot for uninstalling it now but I got a severe case of Gears rage!

Exactly. My. Thoughts. Ahhh, sad to see the state of the game and the franchise overall…

Most Frustrating Gears ever. Bugs, Lags, Reload Bugs, Delays & so on. 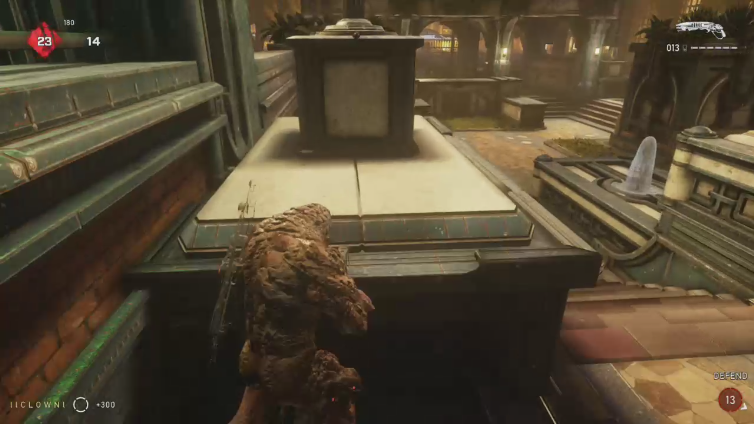 Seems to be working ok for me rn. But yeah, the hip fire is off a bit

It was pretty good last night. Saturday was a disaster of epic proportions though.

I think it might be anecdotal tbh. This weekend was easily the most consistent I have seen Gears 5. So I dunno. I was having far worse luck earlier this week

Disagree, I think the gnasher & lancer are in a good spot.

Pop shots work, track the enemy with the camera and remember where the center is before you do it.

The more I play, the more I see that Gears 1 UE Gnasher styles work pretty consistent.

I feel the gnasher at start was too easy. This one is perfect
90% of my gnasher kills are hipfire too