About the +2/-2 System for Rank (Quick Question) 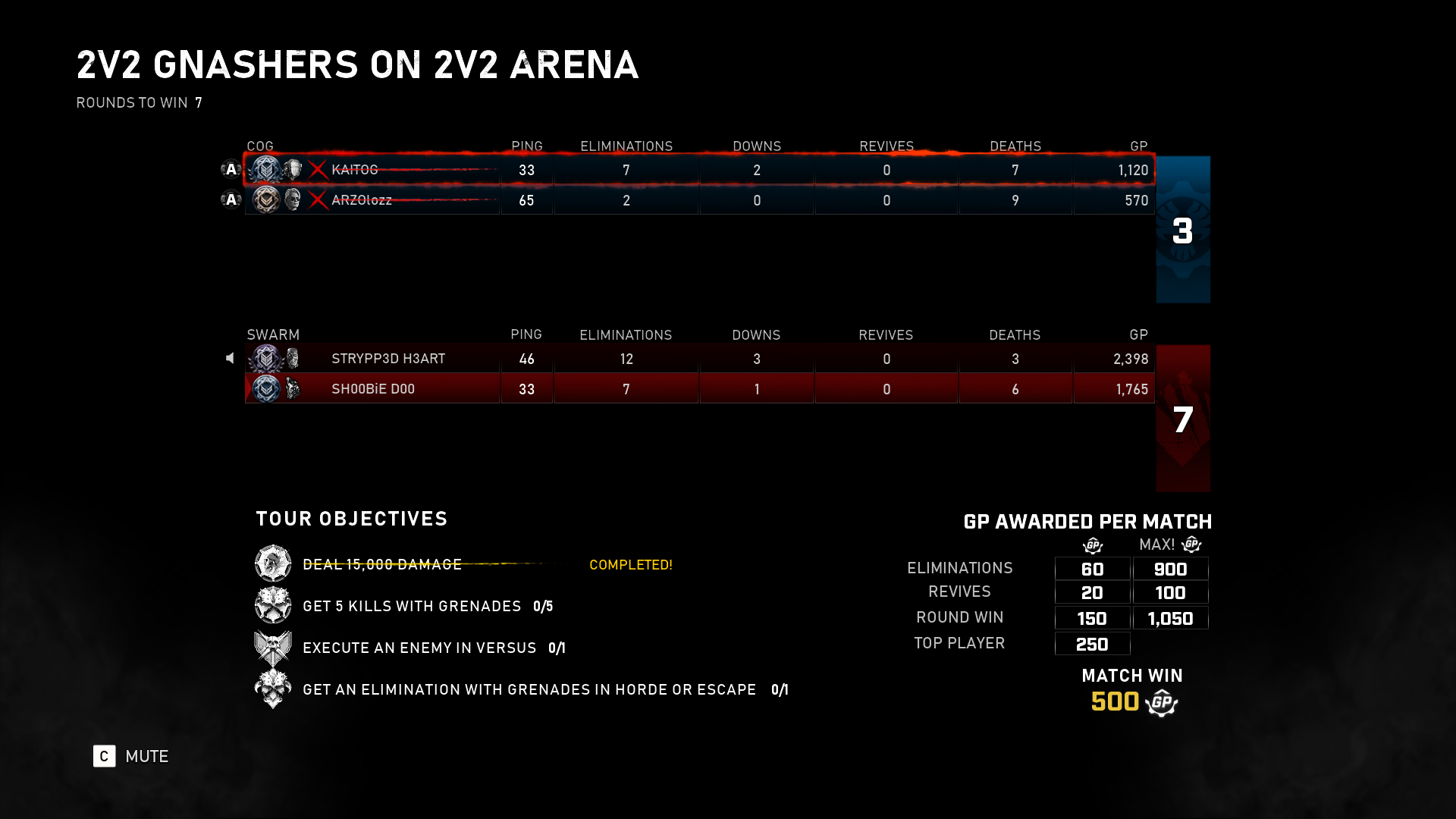 Granted its fairly late but by this logic of the +2/-2 ranking system can’t people just party up with Bronze and farm wins? I’ve seen more threads than I can count about this topic but I’ve never played with an Onyx while being Silver ever during solo.

Am I a minority here that believes legit Gold shouldn’t be paired with a Masters because according to the ranking system that’s a possibility lol. I don’t wanna complain or anything I’m just surprised, kinda sad too that gears has fallen so hard that we’ve resorted to counting pennies to get players in a ranked match.

It takes +2/-2 ranks from the highest ranked person you are lobbied with.

The system is honestly terrible.

Put it this way, if you are a Gold 1 that means you can match up with people in:

This also means as a Gold 1 you can find matches at each end of the spectrum widely varying in skill.

Bronze 1 can match up with as high as a Gold 3 and Masters can be matched up with as low as Onyx 1.

Maybe if the population was higher and wait times were lower it would be +1/-1 and things would be better.

Wouldn’t worry about ranks though to be honest, they indicate skill horribly as it takes none to get to at least Onyx.

thanks for breaking this down so flawlessly you @GhostofDelta2 you too ofc!

It feels a bit…strange. I’m not the best player so when I’m in Onyx tier solo I definitely feel like I’m going against people of that rank. There ARE some matches where I’ll go against people who are clearly not suited for that tier but its pretty rare, atleast on the opposite team.

There has to be a better way to compensate this current ranking system.

Yeah this ranked system is nothing but pain

Ranked system is ultimately a joke

You could be bronze and there’s a chance of playing a master rank or two.

go back to the old ranking system. it was a better representation of a players skill

both the ranking and matchmaking system needs to be fixed bc even if you fix the matchmaking with +/- 1 rank, you will be paired with “false” masters/diamond and they will make you lose. One big mistake was to give points to solo players and make a win/lose score a bigger thing instead of your individual performance.

Does anyone remember the “if you beat a higher rank you gain more progress and vice versa” in Gears 4? Would that be an improvement to this ranking system? I assume not really considering how easy it is to achieve the highest rank.