Was surprised not to see a new map with this new turn over.
Would like to see all Gears of War series maps available for Gears 5 at some point.

Someone should tell him.

Well we have enough maps now so it’s not really sad. What is sad is some of their choice in maps from op 1-8.

The active support of the game has ended this week.
No new maps but new character skins will be still released until the end of this year.
All non eSport skin got revealed few weeks ago.

Still it would be a cool thing to have all of gears of war series maps available for even as download content for those of us who have played all series. If I had the Equipment needed to convert the maps I’d do it for free.

If I had the Equipment needed to convert the maps I’d do it for free.

Sure, you just need

Access to UE5. A computer and storage able to render, sculpt, texture, animate, script and more–inside UE5 and then specifically build it into the cover/movement system of G5 and into the game itself.

Maybe like a couple hundred hours too. For a one-man job.

I get it’s a phrase of word, but I feel not everyone realises how much effort it’d take to actually update every MP map to UE5. It would be very nice, but would also be an immense undertaking for the ghost crew of temps and contractors within TC’s walls.

I understand it would take a while , but for the ones who love to play Gears of War would be worth it.

would be worth it.

With the effort that goes into a Campaign, different modes (Beast, Escape, Horde) and maybe an expansion. +New Maps and characters, even weapons… I don’t see the point of having it unless you had a Gears game that was just a MP only experience.

Even then not all the maps are great and many of the forgettable ones would be seen as filler and a waste of space, therefore making it a further waste to try and bring them back.

Not against you on the line of thought. But it just doesn’t seem practical for a team of TC’s size and limits, unless they focused solely on MP fanservice.

Well Then Gears 5 will be no longer worth playing since it had only took me 3 days to get to General.
Was Fun while it lasted… 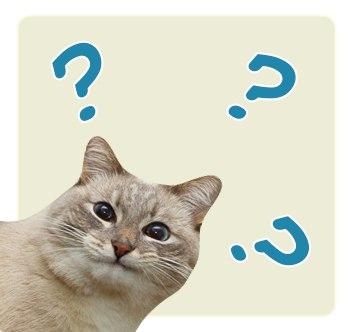 Was Fun while it lasted…

I’m glad I’ll never have to play with you then.

Would be a wash anyhow.

Well Then Gears 5 will be no longer worth playing

Our loss…
I’ll miss you

is that an official statement from TC?

Yea they said no more maps after op 8. the only content that is left is store related stuff that go on till December they said

I had enjoyed Gears 5 playing with friends in Horde, Escape and the Campaign not the crazy hotshots in versus .
Getting to General before the first week was even over was a bit to easy this time around.

Re maps, whenever I boot up Halo MCC I get so envious of all the maps and modes Halo players get, bare in mind they get from 3 generations of maps!

I would so love us to get all maps from series at some point in 6 or maybe if we ever get a Marcus Fenix collection. I could then spend all my time with Gears.