Aaron Griffen will be back! (Another clickbait thread by Swagg)

I can’t wait for the day he arrives back!!! 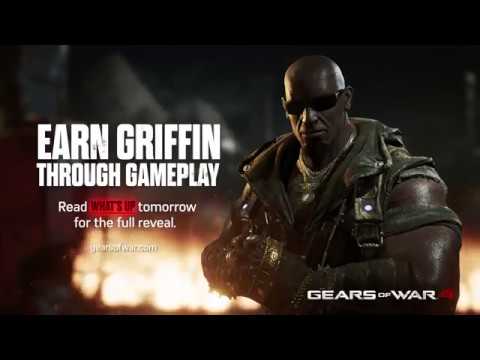 Where’s this coming from? The excitement not the video

One of the most dreadful characters in Gears.

Yeah, I never got the appeal of Griffin. Maybe it’s cos I’m not an Ice-T fan, but he just came across as a whiny SOB. It’s a pity cos from his background, he’s entitled to be angry at the COG, but it comes out all wrong.

That’s my Boi right there. My favorite character actually. Not gonna lie. I grinded for him in horde on 3. Got lucky I didn’t have to pay for him on 4. I want him on 5. Willing to pay for him even if they imported him exactly the way his was on 4 so they don’t have to pay ICE T to do new voice lines.

I just remembered he was in Gears 4 and most likely will appear in Gears 5 eventually. I’m just excited because he is a badass character and has some sick voice lines that crack me up.

Oh okay, I thought dana let something slip out or something lol. But hopefully he does get added.

I am SO tempted to mark this as a solution.

Should never believe what Dana says or lets slip out. He did say Halo MCC was launched on PS3 though!!! i can’t wait to play it can you?

Can I ask how?

I would rather Daddly Palpatine in Gears 5 than Griffen.

A can of Mountain Dew would be even better.

Imagine walking around as one, getting shot and bleeding green glowing blood.

The first one, is his voice - it just sounds whiny. I don’t know how to describe it in words really.

The second is his general manner. While he was a big CEO of a big company before the war, he seems to treat his employees like rubbish. He talks himself up as if the people under him are “family”, but he doesn’t treat them like it.

And the third, is that I think in many ways his character was written badly. He could have, and should have in my opinion, been written more sympathetically. He survived the HOD strikes, and has experienced as much, if not more, loss than just about anyone else in the franchise. He has alot of reason to be angry. But I just don’t think he was written in that kind of way. In some ways part of him seems to be stuck in the pre-war era where he thinks of himself (and treats others) as if he was a big shot businessman. I think he even describes himself as such to Marcus when trying to strike a deal about getting his Imulsion back. In that sense, I just didn’t feel like Griffin was changed by his experience as much as he claimed. But I guess you could argue that this was his own natural response to the situation - it was something from his past for him to cling onto amidst everything he lost. But to me, I interpreted this as showing a shallow side to him.

You gotta stop with the clickbait titles

Not clickbait if it’s true though

i’ll reply back to your response a year from now when it’s true to make u delete the comment!

theres no confirmation so as of right now its click bait.

He had his fun, now I am amending the title

Edit: Leaving in him spelling Griffin’s name wrong though.