A valuable lesson can be learned from TGA's GOTY winner

Stay true to your roots, don’t dumb down your games, don’t cater to the casual market even though you have a passionate and hardcore following and, most importantly: even a niche game/developer can grow, become a huge success and win the most important award at the Game Awards. 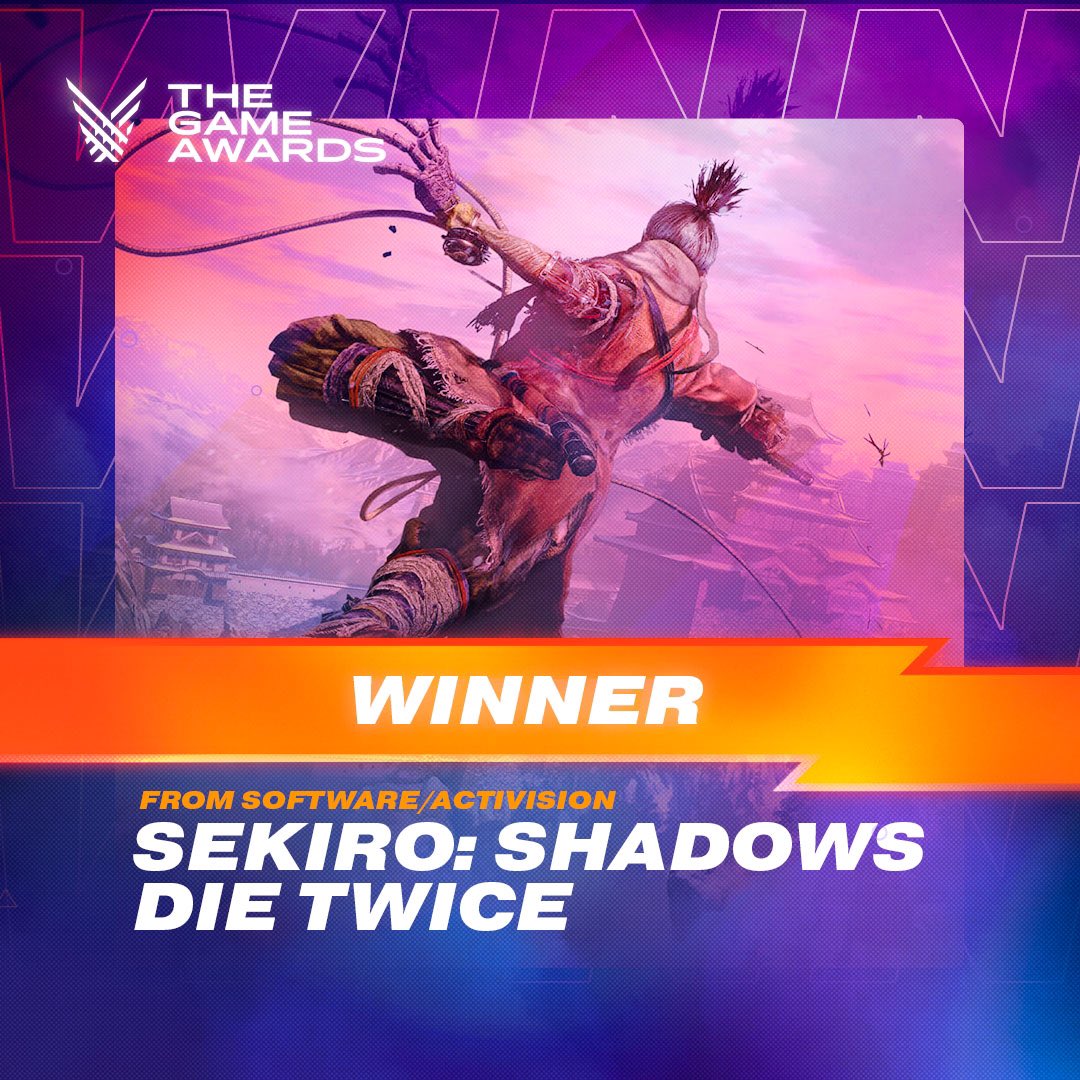 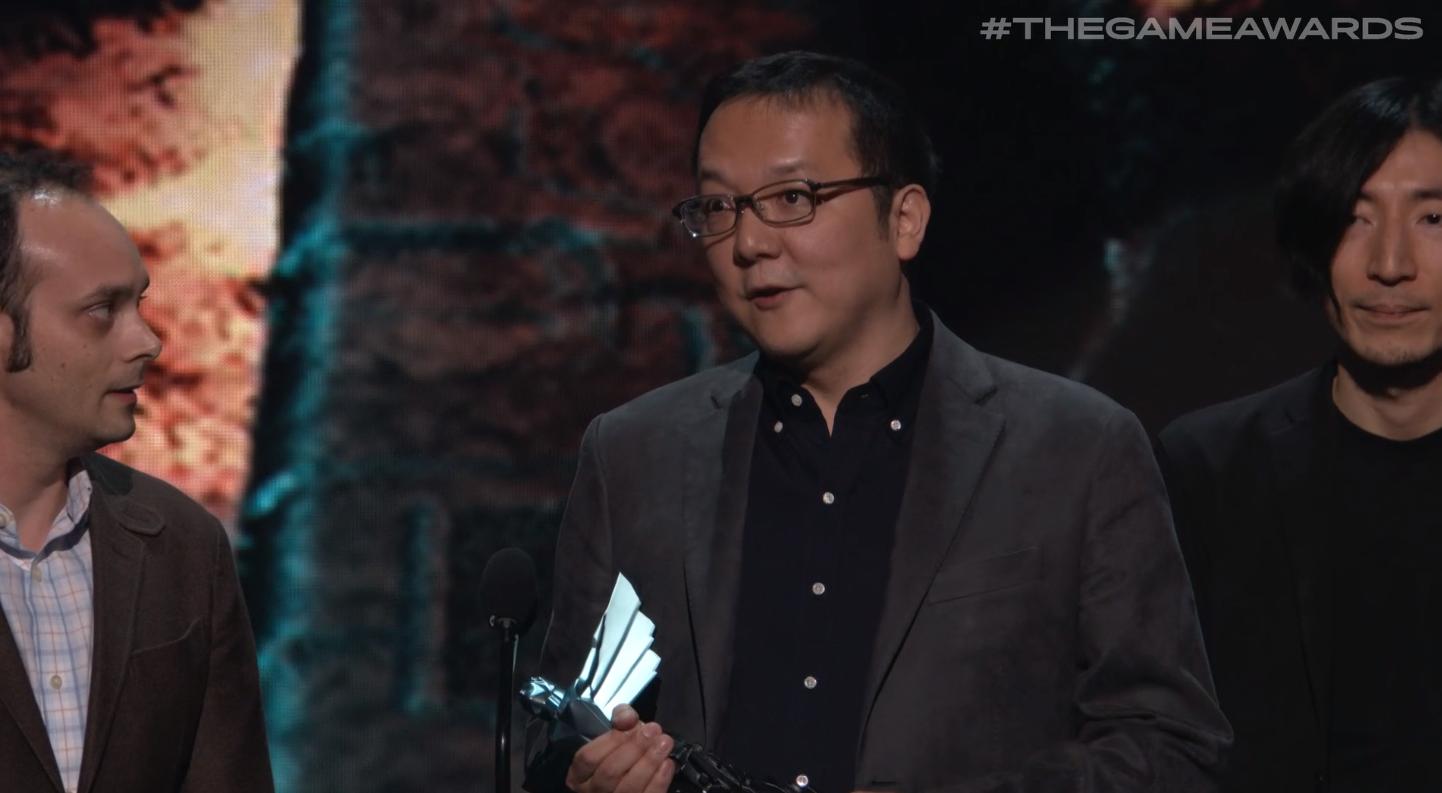 He looks… So happy and shocked lmao

Sekiro wasn’t a game towards its roots or any roots.

Well deserved imo, it got my vote too.

Resident evil 2 is the next best this year.

I’m sorry but sekiro is a new IP. What roots

Sekiro is such a great game

I’m talking about the developer there

11 years ago they created something which set something in motion that eventually changed the industry. Miyazaki is a visionary and he stuck to his philosophy even though many wanted his output to become more appealing to mainstream.

The Coalition needs to realize that you don’t have to create a more casual game for mainstream success. Hence: stick to your roots. Now, 3 months after launch, TC is basically backpeddling in every way to get their loyal fanbase back.

Every subsequent FromSoftware title is a bigger financial success than the previous one and more and more people praise their games, from the industry to gamers across the globe. And Elden Ring will be even bigger in this regard. Do what you do best and excel in that field, and don’t forget who you are and what made you so great after all those years.

Brilliant game that I was really glad I was able to finish.
No DLC, no micro transactions and no ■■■■■■■■. From software didn’t water down the experience by trying to cater to everyone.

Would have been happy if either Sekiro or Resi 2 won GOTY. Two games that didn’t feel like they were taking advantage of their player base. As much as I love Gears 5 at times I was never gonna vote for it in any category it was up for. Coalition have been taking the piss since launch day.

Agreed, so happy Gears 5 didn’t win any awards. Just shows the testament to passion. Gears 5 does not have that unfortunately which lead to community backlash. Most of the posts are are critiques but what TC shows is poor implementation.

You know a game has bad overall design when they have to stick the name of their game logo on the guns itself. Just bad, rather than grace it with the cool cosmetic they ruin the general appeal.

I see no one has yet mentioned the ‘T’ word.

I see. But one could argue with that logic by saying TC is not epic so Gears 1-judgement aren’t their roots and want to do their own thing with it. Wether that’s good or bad is up to you.

The GOW fanbase would have completely rejected Sekiro because it made changes to the established From Software formula. It wasn’t exactly the same as previous titles, so everyone here would have thrown a fit. Let’s not even talk about all the features From removed out of laziness (e.g., multiplayer, character customization, exploring, etc).

From also did way more casualizing than TC ever did with GOW. The Firecrackers are a joke that allow any noob to make practically every boss trivial. The fights in this game all just boil down to finding the right combination of prosthetics and mashing the parry button until your finger gets sore.

…And before some rabid Gears 5 hater accuses me of just being a shill who’s never played the game, read it and weep, nubs:

But when did you earn it? Let’s see who’s opinion has more weight now, ha! 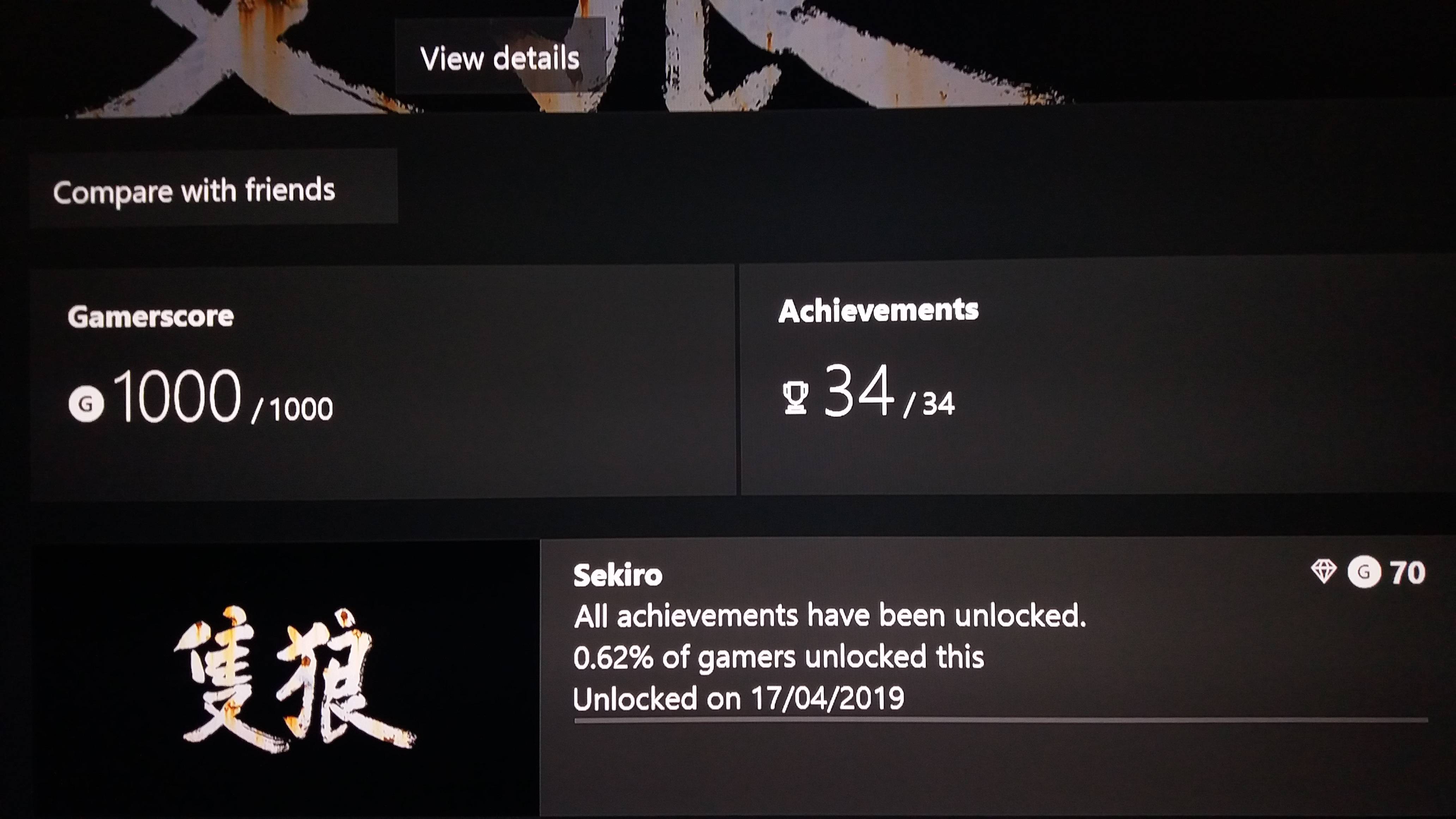 I’ll get back to the rest of your post later

You must have used hacks to get all the skills that fast.

I’m a big dark souls fan and although I enjoyed sekiro it had nothing to do with dark souls or sticking to your roots. The developer made a deliberate attempt to do something different. I think the message is make good games even if you move away from your regular formula.

Goty it’s a useless award, in what kind of universe halo 4 and overwatch are considered goty

C’mon mark credit where credit its due… Sekiro its a masterpiece in its own right.

It truly deserves the award.

Where is the DLC?