A question for the future of the franchise

So by the time gears 6 come out the coalition is going to leave out gears. But would they’re be another group who male spin off games and even possible remakes of old games?

So by the time gears 6 come out the coalition is going to leave out gears.

Right. People say things with such confidence as if its a fact.

A lot of it is just assumptions because “That’s how it was in the past”. But even going off of story direction alone I do not see Gears 6 being the last one where TC is involved because if the Swarm arc ended with 6, it would be a 99.99% chance that it would just be horribly rushed, especially with how 5 ended and set things up to be like.

I expect 2 more new gears games that relate to the new series and possibly a spin off series.

The spin off series is definitely wishful thinking but I’d love for some side characters to get more of the spotlight in those said spin offs, like Sam? Kim? Tai? Paduk? It doesnt have to be a series but maybe DLCs about these characters.

Karn destroying Gorasynia is still something that I need to see.

Make a whole game about the Hivebusters. Theyre all way more interesting than everyone else.

Totally not biased opinion because of Lahni, right?

(Kidding, something about Lahni’s backstory made her the most interesting in the DLC, not that any of the Hivebusters are bad - Keegan gets bonus points for kicking Mac out of the Condor just for the laughs.)

Yes. Theres alot of bias. Lol I would love to see the Locust clean up crews after V-Day.

Keegan. Mac and Lahni are just so much better. Especially Mac, he’s such a good character, especially in the comics.

I do, however, really like JD after act 1 of Gears 5, I like Kait too but thats just because shes related to Myrrah. Del is just there. He doesn’t have anything cool about him. He’s just the nerdy dude that knows everything. He’s a less interesting Baird. Gabe is a really good character in the book but not so much in Tactics.

I saw somewhere (I’ll find the source) that TC is planning to develop multiple Gears of War games including Gears 6 so there is probably going to more from this franchise in the future.

I need more of Mac in my life.

Yes. Theres alot of bias. Lol I would love to see the Locust clean up crews after V-Day.

The novel that’s coming out next month will go over this I think.

Yeah I’m hoping they give some more back story for keegan since he was actually there at Azura during Vday. The locust clean up crews are almost certain to be brought up. But idk if Lahni will be mentioned specifically.

I really hated Fahz in act 1. He’s tolerable in act 3 and onward. Whoever made him definitely had a clue how to make a good character. But his personality kinda doesn’t match too much with what I prefer in a character(aka what actually makes me want to play one) so that excludes him from being a favorite, even if I don’t dislike him.

But idk if Lahni will be mentioned specifically.

I dont see why not tbh, it’s a perfect situation for the author to include a bit about Lahni.

Cant decide between Fahz or Lizzie for my favorite TC character. Fahz has alot of potential for 6.

Cant decide between Fahz or Lizzie for my favorite TC character. Fahz has alot of potential for 6.

Bruh seriously, I don’t say this with any hate or anything, it really intrigues me, where did the rumors come from that TC will stop developing Gears? And why do people believe it without question? Do you currently do some research just thinking that doesn’t make sense, did I miss something?

Black tusk studios (formally known as MICROSOFT Vancouver) was a video game development company belonging to MICROSOFT, one of the initial ideas of black tusk was that it was an exclusive studio for Microsoft, mainly because Microsoft provided them with the entire budget, at the which in 2015 they were given the address of the gears franchise, hence they were named as The Coalition, similar to 343i, it is a Microsoft proprietary studio to direct an external franchise that Microsoft acquired, being a proprietary studio of Microsoft TC will not leave, in a nutshell TC is not like an independent studio to which Microsoft hires for a certain period of time to produce some games for them, TC works for Microsoft, in fact, that’s why they sent TC to help in Halo infinite, because, technically, since they are the owners, they can do it

If I had to give an example, perhaps I could say, imagine that you buy a washing machine, a good washing machine, an expensive one, a dryer, the whole cleaning kit, you knew how to wash clothes, you bought detergent, soap, all kinds of products, so that At the end of everything, you will send your clothes to be washed in the laundry, if Microsoft has a studio on its property, which it only has to send to work (and obviously give them a budget), why would it hire an independent studio? (to which, apart from giving them the entire project budget, they have to pay for their services), I don’t know, I am not an expert in resource management nor do I run companies, but it would not make sense to me that such a large company would waste a resource of their property to replace it with a more expensive external one, if TC does not measure up, they would hire a different staff, new people to take care of the gameplay, lore, marketing, but because of how things are currently, I can’t find One reason why Microsoft would change TC for a new studio, and worse still,

I don’t understand why people believe it, I ask for context about those rumors please, maybe I am the ignorant, I do not know everything and I want to inform myself, i am not a enlightened or anything like that, I literally just investigated TC and Black tusk 30 minutes ago, so where did that say that TC will leave? And why do people believe it? I hope all that fuss is not just out of hatred towards the company, because that would be a real disappointment 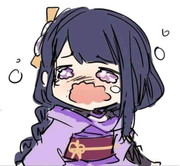 I do agree it might be rushed to end with 6…but ugh I don’t want this story to drag out and want a good finale sense they undid the good finale we already had.

Also lore-wise I don’t think Humans or the planet can take much more of a beating at this point. I mean yes they have built some great new cities in a 25-year gap, but it still also seems that most of the world is left in ruin. They are still rebuilding and probably always will be, and a long swarm war will just put an end to any hopes of them ever recovering.

but ugh I don’t want this story to drag out and want a good finale sense they undid the good finale we already had.

They could also include a part 2 to gears 6 if they really wanted to.