3 years of Gears 5, the fatigue and futur

I love Gears, been playing it online since 2006 with barely any pause. And i love Gears 5 overall. I know lots of peoples may complain on it, some being nostalgic of 3, others even prefering 4 (no idea why but you do you) but personally i enjoyed the run.

The game is old tough, 3 years old, and 3 years has been the limit for Gears in term of “next installement”. Gears 2 to 3, Gears 4 to 5, and the rest was smaller, with the smallest being Gears 3 to Judgment, regardless if you liked/played it or not (its not a debate i want to have today).

I won’t lie, not a fan of yearly releases. I feel it pass too fast, but i think 2 years is a good gap. 3 is a bit pushing it but acceptable. Sadly for now we have 0 news on Gears 6 wich mean at the FASTEST the game would be announced E3 2023 (or whatever it will be called if there is no official E3 again), for a fall 2023 release. But thats fastest i can see, its not official or anything. I don’t see them announcing it this winter for a spring release. So have 1 more year of Gears 5 and i feel fatigue is already there.

The game has been unupdated for a while now and i don’t really care to do seasons anymore. I have everything in the store and even tough i can still pump gold in my horde cards, i barely don’t play horde anymore. I done every maps master on 12 waves and i don’t find anyone willing to do 50 waves anymore (not that i really want that much). My main/best classes are also max on the cards i use. What i mean is i don’t need gold anymore.

2 things keep me on Gears. The first is the obvious that its been my main MP game for 16 years now. The second is i am not done with the 100 000 kills. I mostly played 2v2 the past year and its not a mode that rack kills too fast.

Sadly it seem the community has been VERY toxic for a while. Lots of disrespectful peoples, idle, or even peoples throwing on purpose just to be toxic. I still keep a decent KD and a more than positive win-loss, even playing often solo, but i just don’t have the same fun anymore and i keep running into the same peoples all the time. On top of that, its unrelated, but for a few months the game have been bugging a lot for me. I can’t vote vote very often, lots of synching issues, not seeing anything before the game start, stuff like that. I am on OG Xbox One model, some peoples think its cause of that, but thats odd considering Gears 5 was designed for X1 and is a 3 years old game. It make the experience even less fun to be honest.

In Control there is way too much teams of 4 mega sweaty and i will fully admit as i am aging and with my current health condition (my hands shake a bit… i need to consult to see what it is), i don’t have the skills i used to have. Loosing 4-5 games before winning one ain’t very fun, especially when KD get bad. Obviously a new game would bring a lot of new peoples for the first year, so less sweaties etc. We can thanks GP for at least a few new faces here and there tough but its not enough.

Now what i do if i want to rack kills is i do SSG control, wich more often than not caliber is decent, not much teams of 3 or 4, but it kinda get repetitive after 3-4 games.

What im trying to say is i feel right now i am kinda burned out on Gears 5 and even tough i have minimum a year to finish 24 000 kills, that still feel like a lot. Yes i can always farm bots at the end if im a few thousands short and Gears 6 is around the corner, but this achievement (and the 2 others that go with it, damage and assist) was way way overboard.

Maybe for Gears 6 is finally the time i say “ok, i won’t care for achievements and just play casually” cause im older (ill be close to 40 by then) but it was mostly fun trying to do everything in Gears while it was still “decent”. Even Gears 3 seriously 3.0 looks like small soup now compare to what 4 and 5 had me doing. In 4 all i miss is the ironman modes, and its really just a matter of “i was burned on GOW4 at the end, especially campaign, one day ill go back and cheese it as its a short campaign and there is a cheese method” but since they put that AGAIN in 5 and its a much longer campaign, i dunno if ill mustard it (even if the campaign is a lot more fun).

I still have a ton of stuff to do campaign wise, granted most of it is not hard, just boring, like finding collectibles and such, but since im STILL at the VS stuff, its like i never have the will to do it for now.

Considering they have a tendancy to try to outdo the previous game in term of crazyness of achievements, i fear the worst for 6. I would like this stuff to be realistic again. Not burning us on it and i would love a more constant release schedule. Yes i know some games take way longer in between, but others way less.

The current formula also changed for MP, if you look at Fortnite for exemple, its an old game now, but its still very updated and changed often. I wish Gears would approach something like that. If you want to give us a campaign every 4-5 years im ok with it, but the MP should never be “abandonned” like right now. It should be updated til maybe 6 months top before next release or go in a Fortnite kinda way where its the same thing, its F2P, but its always updated. Lets be honest, with its skin system Gears has used a F2P model for a while now.

Anyway thats just my taughts, long ranting, i know its too long for most peoples but if you read til the end, comment like and subscribe… oups wrong place

lol just aside lets have a civile and polite discussion…

I read it mate

and nearing 40 you say…you youngster

I think having a break inbetween GOW games is good. I wouldn’t mind a sequal to Tactics as its a different genre, but having GOW4 and 5 pretty much back to back has burnt me out a bit. I still play a bit daily (nostly on my secondary account) but its nice to have time for other games which I’ve stockpiled. I reckon I have about 25+ games which are incomplete or not started, so Ican fibaly work through them.

Maybe for TC it’ll be a chance to reset their creative process. I want to be optimistic about GOW6. Hopefully it will be decent. GOW5 is in a decent place now but it was a long road to resch that point.

Send me an invite

Well actually having a ridiculously long delay between games is a good thing and means that the developers can take their time on the project and release something polished as opposed to the ‘release now, patch later’ model which so many modern games follow.

There we go, I said the horribly out of touch trite crap so no one else has to.

developers can take their time on the project and release something polished as opposed to the ‘release now, patch later’ model which so many modern games follow. 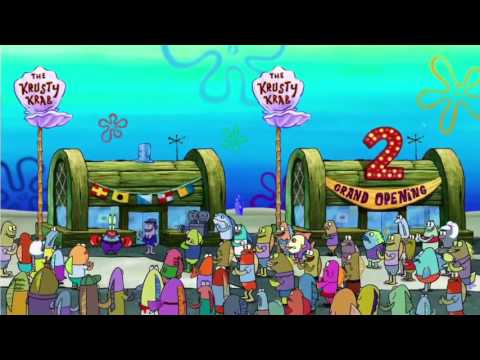 Let’s play MW2, get on in your school’s library’s computer lol

@Cedar_On_Mid You still at school?

Yes, yes I am.Higher Education is a scam I swear

Yeah well tell your parents that. I expect it cost them peanuts.

In the UK, the contrast is even more drastic. University was free from a period in the 1960s up until sometime in the 80s.

Yet them boomers want to continuously shaft the young with ever-increasing fees. And everything else.

That said, I missed out on the uber-high fees and being a low socio-economic peasant the local council covered my fees (and I was able to get a grant for my MA).

Education is a scam I swear

I didn’t read any posts in this, what did I miss

On top of that, its unrelated, but for a few months the game have been bugging a lot for me. I can’t vote vote very often, lots of synching issues, not seeing anything before the game start, stuff like that. I am on OG Xbox One model, some peoples think its cause of that, but thats odd considering Gears 5 was designed for X1 and is a 3 years old game. It make the experience even less fun to be honest

I’ve been getting the same issues. Even today many of the games I host won’t start properly, it prematurely starts without me and so I don’t receive the daily rewards even as I complete waves 1-12. It gets stuck setting up the game at times. I’ve had the opportunity to play on the newer Xboxes and there the problems in regards to this are minimized.

It is really annoying.

Yeah well tell your parents that. I expect it cost them peanuts.

Thankfully due to scholarships I go to school pretty much for free, plus its a relatively cheap school to begin with. But it is insane how much money college tries to milk out of people. A bachelor’s should not take four years, thats just insane. First couple years, I just sat in basic English/math/science classes that were a giant waste of time.

Absolutely nothing. Main issue was Clown choosing school over video games and he now finds himself regretting that decision.

Hi mate, can I ask what your rationale is for having another/multiple accounts. I have never understood why someone would do this. Are you concerned about what is on your gamecard or if Gears your K/D? I have one and only wanted one account?

I don’t play PVP much (last time in GOW5 was probably Operation 6) so KD ratios aren’t a thing for me.

There was an issue with my primary one back in the XB360 days. When I first set it up it somehow was a “child account” so there are some functions not available to me (which is weird cos I was in my 20s and very much an adult when I created it!). I’m not sure how “child accounts” work in terms of growing up and whether they eventually become “adult accounts” after the necessary time has passed. I think this was why I had to create a secondary account - basically to act as an “adult” and to enable me to change certain settings like privacy settings etc.

Nowadays I use my secondary account just out of boredom as I had maxed out most things on my primary account. There was the novelty of doing Escape hives on master solo using under-levelled classes.

I should’ve went pro in cod when I had the chance, I was unstoppable back in the day